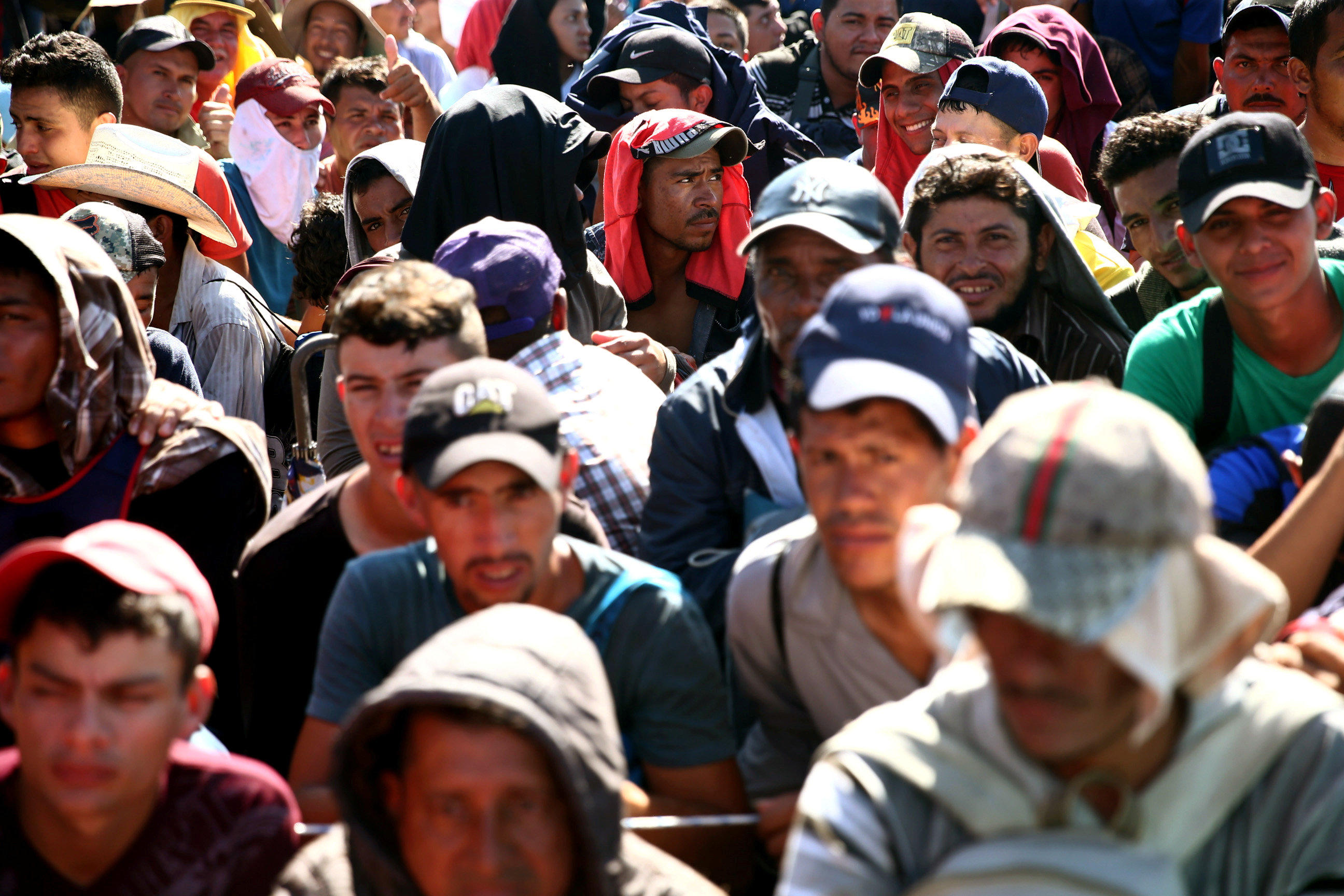 HUEHUETAN, Mexico — As a caravan of Central Americans heads toward the U.S., President Trump is threatening to cut aid to three countries for letting the migrants leave. Most are now in southern Mexico, about 1,000 miles from the nearest U.S. border crossing.

Migrants from Honduras, Guatemala and El Salvador say they're fleeing poverty, persecution and gang violence. The caravan is now estimated to include more than 7,200 migrants, and more are expected to join on Tuesday, potentially pushing the number past 10,000.

They started out on their journey from San Pedro Sula, Honduras, traveling across Guatemala and into southern Mexico. A similar exodus in April with 1,500 migrants reached the U.S. border, and 250 migrants applied for asylum. But only three have received it so far.

Battling 100-degree heat and exhaustion in shoes with thin soles, Jessica Flores brought her strongest child with her. She left her four other children in Honduras. She became emotional when asked what it was like to leave her children, and said the farther she goes, the harder it gets.

The migrants continued towards the border in open defiance of both the U.S. and Mexican governments. On Monday, the U.S. embassy in Honduras released a video urging people to turn back or face detention. In Spanish, a message from the U.S. government says, "Please return to your country."

But the caravan is rumbling forward. CBS News first saw Sergio Caceres on Sunday, when the caravan reached Mexico. He's paralyzed and looking for work and better doctors in the U.S. He said he doesn't even have any shoes, since he gave them to his friend.

Despite the migrants' determination, this is a dangerous and deadly journey. On Monday, CBS News saw where a migrant fell from a truck to his death. The migrants say they hope to enter the U.S. through the crossing in Tijuana. At this pace, it will take a month and a half to get there.