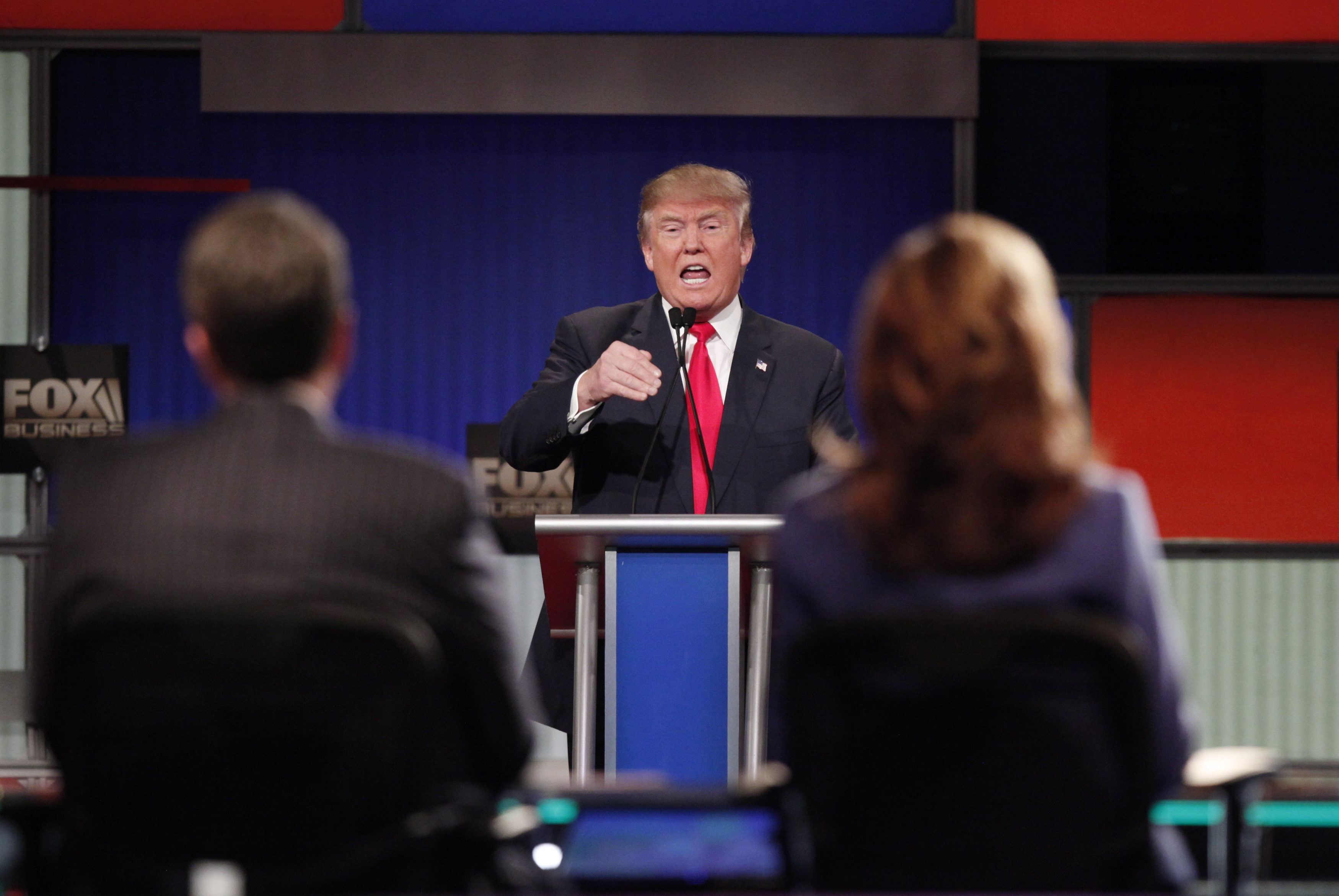 "At the end of the day, you know, Trump's going to have the last laugh," Trump campaign manager Corey Lewandowski told MSNBC early Wednesday morning. "I just don't see any way where Fox is going to have a successful debate now when you've got the clear GOP front-runner who's decided to walk away from this debate because he can't be treated fairly on the debate stage."

On Tuesday, Trump told reporters in Marshalltown, Iowa that he "probably won't bother doing the debate" and would instead hold a competing event in the state to raise money for military veterans.

The billionaire had complained earlier in the day that one of the moderators for the debate, Fox News host Megyn Kelly, was "really biased against me."

"She knows that, I know that, everybody knows that," Trump said in a video posted to Instagram. "Do you really think she can be fair at a debate?"

"We learned from a secret back channel that the Ayatollah and Putin both intend to treat Donald Trump unfairly when they meet with him if he becomes president," the network wrote. "[A] nefarious source tells us that Trump has his own secret plan to replace the Cabinet with his Twitter followers to see if he should even go to those meetings."

The network then sent out another statement to defend its decision to keep Kelly as moderator, saying that "capitulating to politicians' ultimatums about a debate moderator violates all journalistic standards, as do threats."

"Trump is still welcome at Thursday night's debate and will be treated fairly, just as he has been during his 132 appearances on FOX News & FOX Business, but he can't dictate the moderators or the questions," a Fox News spokesperson wrote.

Fox added that Trump's campaign has threatened Kelly over the matter.

"In a call on Saturday with a Fox News executive, Lewandowski stated that Megyn had a 'rough couple of days after that last debate' and he 'would hate to have her go through that again,'" the network said. "Lewandowski was warned not to level any more threats, but he continued to do so."

While Lewandowski has not responded directly to the cable channel's charges, the campaign manager re-posted a tweet early Wednesday that, on its face, denied any ill will:

Lewandowski, in his interview with MSNBC, added that "Megyn Kelly is totally obsessed with Mr. Trump."

When asked if there was any possibility that Trump would reconsider attending the debate, Lewandowski said, "I don't think so."

And, responding to rival Texas Sen. Ted Cruz's challenge to a "mano-a-mano" debate with the businessman, Lewandowski said "he's not the only one."

Other candidates, he said, were simply reacting to "the only true leader" in the presidential race.

"We've had calls from many debates, from many of the candidates now, to say 'look, why would we participate in the Fox debate as well?'" Lewandowski said.