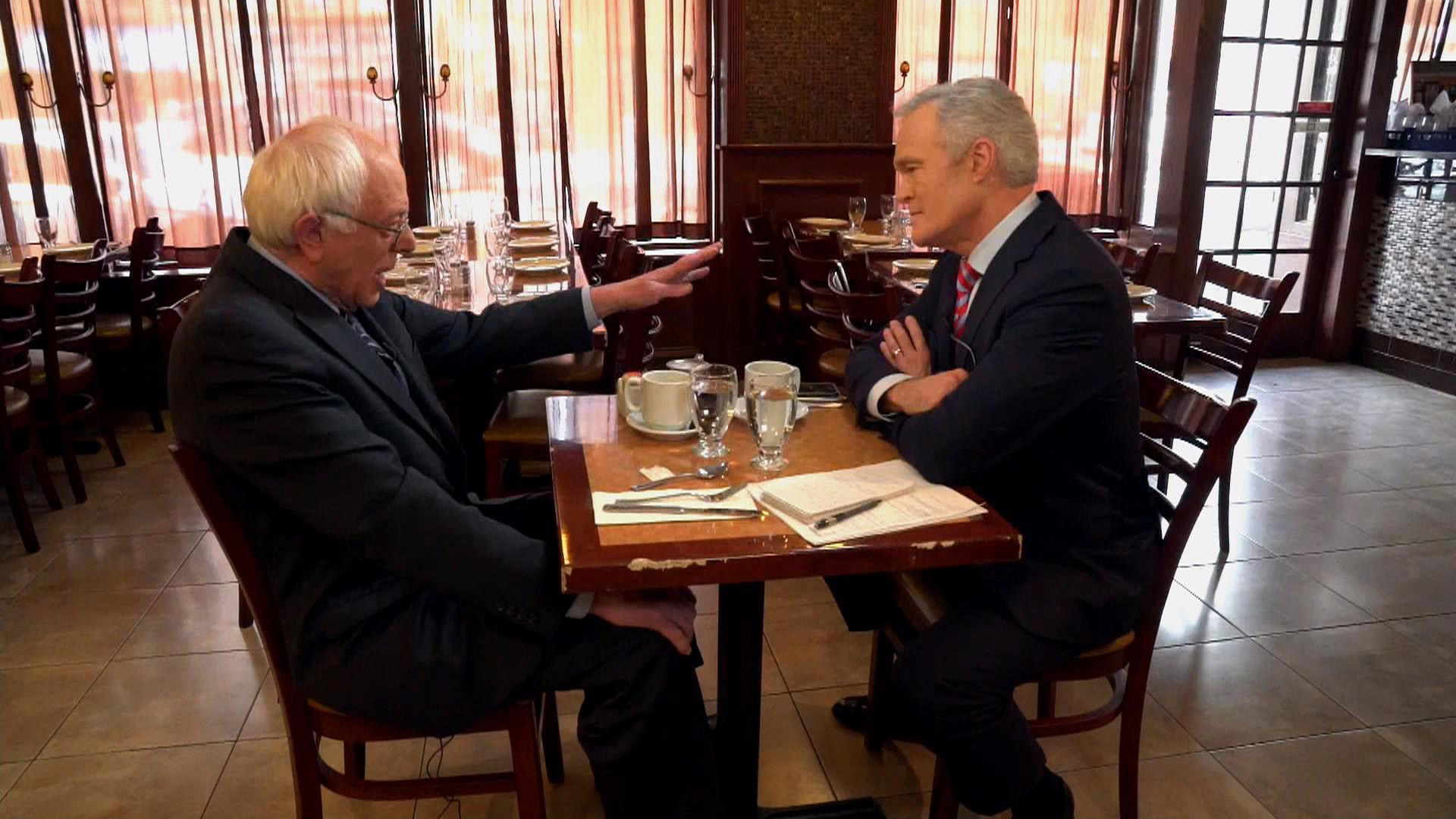 BROOKLYN, N.Y. -- Vermont Sen. Bernie Sanders was expected to win his neighboring state, but Tuesday night's New Hampshire primary was a rout. Wednesday in his boyhood neighborhood in Brooklyn, "CBS Evening News" anchor Scott Pelley asked Sanders about his plan for America and how he expects to win on the harder road ahead.

SCOTT PELLEY: You looked like you were having fun at your victory party.

BERNIE SANDERS: I was.

PELLEY: Might be your last one. It only gets harder from here.

SANDERS: No, I don't think it's going to be our last one.

PELLEY: A more liberal population than the states that you're headed to next, South Carolina, Nevada. You're gonna be facing African American voters, Latino voters. How do you appeal to those people?

SANDERS: Well, the same way we appeal to all Americans. Look, if you and I were having this conversation nine months ago, what would you have said to me? You would have said, "Bernie, nobody knows who you are. You're regarded as a fringe candidate, you don't have any money, you don't have any political organization. Last poll we saw you in, four percent. How are you possibly gonna do well in Iowa or New Hampshire?" Well, a lot has happened in nine months.

SANDERS: My tax plan is, at a time of massive income and wealth inequality -- where the top one-tenth of one percent now owns almost as much wealth as the bottom 90 percent -- yes, we are going to ask the wealthiest people in this country and the largest corporations to start paying their fair share of taxes.

PELLEY: But tax increases you envision for people in what income brackets? How low?

SANDERS: Well, the vast bulk of the tax increases would come from families making $250,000 or more.

And all that tax money, Sanders says, will pay for free college tuition for students and free medical care for everyone, administered by the government.

SANDERS: It's a government insurance program. People still go to the doctors that they want. It's the same thing as Medicare now, which is just for seniors. We would expand it to all people.

PELLEY: You have vowed to increase the federal minimum wage to $15 an hour.

SANDERS: No, quite the contrary. Every worker in this country will be earning at least a living wage. And what that means is, those workers will have disposable income. And when you do that, you create jobs.

PELLEY: Every one of these ideas is dead on arrival in the Congress.

SANDERS: No it's not. Change always takes place when millions of people stand up and fight back. And what we are talking about in this campaign is a political revolution.

PELLEY: The Republicans in Congress are gonna say, "You go ahead and have your revolution, but we're not gonna have one here."

SANDERS: Ah, but the Republicans, for better or for worse, are gonna be draw into this revolution.

PELLEY: You're gonna change their minds?

SANDERS: Uh-huh. Well, the people in Iowa and New Hampshire might not have been part of that poll, 'cause we just won New Hampshire I think by 21 points. And we came in a virtual tie in -- in Iowa. Look, let's not scare people with words, okay, all right? Social security, terrible, awful program? It's one of the most popular programs in American history. It's a socialist program.

The United States Postal Service is often regarded as one of the most popular federal programs. It's a socialist program. Veteran's Administration, of which most veterans feel really good about. You know, that's-- that's a government health insurance program. If you look around countries around the world, I mean, the ideas that I'm proposing, Scott, are not radical ideas.

Sanders also talked with Pelley about the hardships of growing up in Brooklyn as the child of Polish immigrants shaped his political ideas.For more on that conversation, click here.