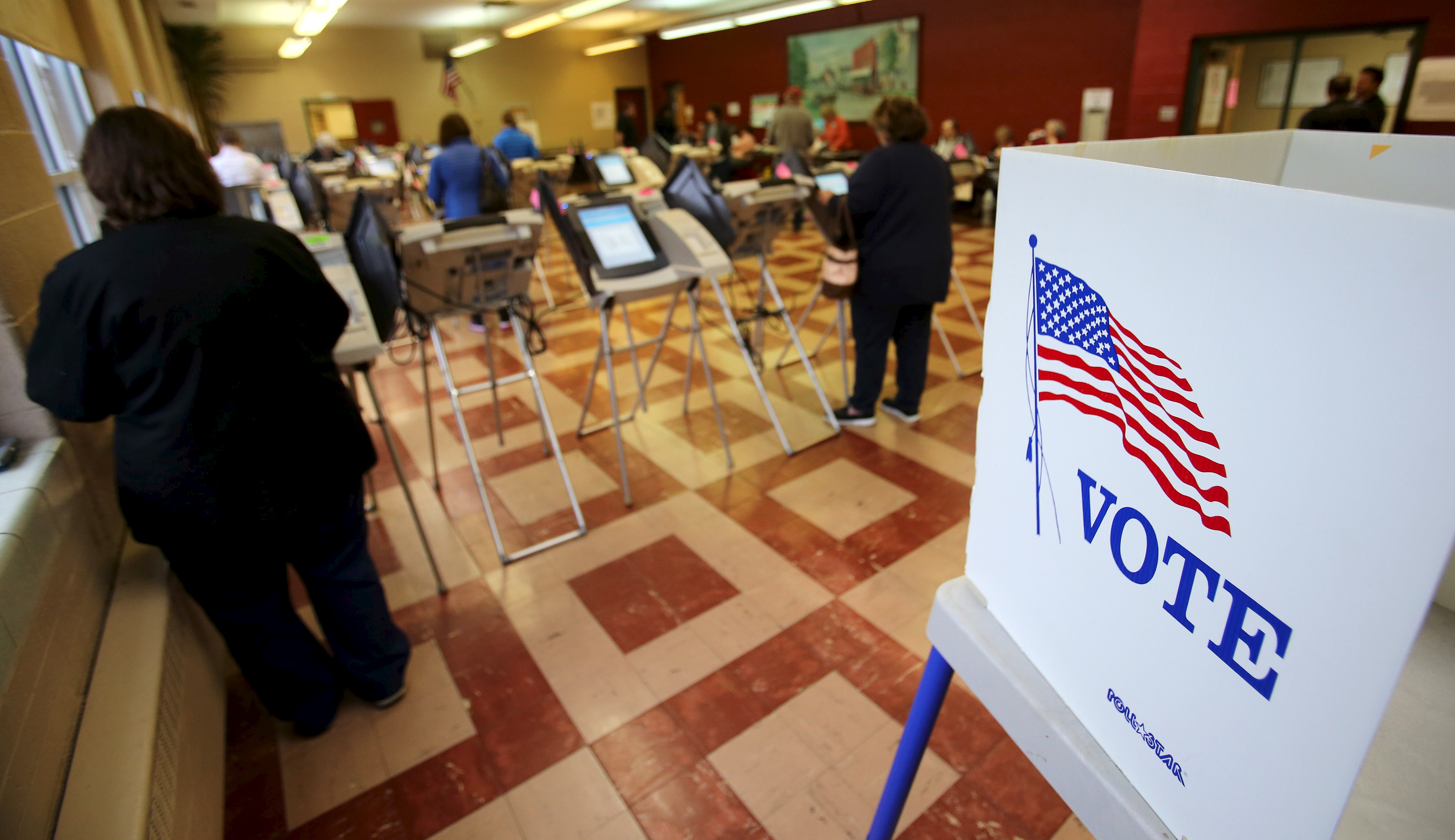 With more than 1,000 delegates at stake (358 for Republicans and 691 for Democrats) in five states, the voters in Tuesday's primaries have the chance to dramatically impact the Republican and Democratic races.

After winning the majority of GOP contests so far, Donald Trump could effectively lock down the GOP nomination on Tuesday. Even if Trump isn't the overwhelming victor of the night, the Tuesday contests will most likely shake up the GOP field: Ohio Gov. John Kasich could win some unexpected momentum in his home state. Rubio's performance in Florida, meanwhile, could change the calculus for the remaining candidates.

On the Democratic side, Hillary Clinton could eclipse her opponent Bernie Sanders in the delegate count and finally make the case that she's the party's clear nominee. Alternatively, Sanders could prove his recent victory in Michigan was a sign of his campaign's growing appeal.

Here's a look at five things to watch on Tuesday:

All eyes on Buckeyes: If the polls are any indication, Ohio is turning out to be the biggest race of the day. As one of the two first "winner-take-all" states, the other being Florida, polling in Ohio shows the race neck and neck between Gov. John Kasich, R-Ohio, and Donald Trump. If Trump prevails, he'll be awarded the state's 66 delegates, effectively putting an end to Kasich's somewhat-quixotic presidential bid. If Kasich wins, it extends his campaign, as he's already said that a contested convention is a major part of his strategy to get the nomination.

Sunset in Sunshine State?: Speaking of polls and "winner-take-all" states, Trump is crushing the competition, including home-state Sen. Marco Rubio, in Florida. The winner receives the state's 99 delegates. Even if he loses Ohio, a victory will be a huge shot in the arm to Trump's campaign and his delegate haul. A Rubio loss will all but force the senator out of the race. If Trump wins both Florida and Ohio (which will likely force Kasich out), it's difficult to see how Trump can be derailed on his way to the nomination. Sen. Ted Cruz, R-Texas, however, will likely hang around to try to slow him down.

The GOP contests (Illinois, Missouri, North Carolina): Of the other three contests, all of which allocate their delegates proportionally, Illinois and Missouri could be ripe for the picking for Cruz. The recently-released CBS News Batttleground Tracker shows that while Trump is in the lead with 38 percent in Illinois, Cruz is within striking distance -- he's behind by just four points. And while Missouri borders Trump territory in the South, it also borders states where Cruz has won: Oklahoma, Kansas and Iowa.

North Carolina, meanwhile, looks like Trump country. A look at the map shows that so far, Trump has won every Southern state east of Texas -- including Virginia, a neighboring state that (like North Carolina) is more politically diverse. It's unclear how voters in the state may react to the recent spats of violence that have occurred at Trump rallies, including one in Fayetteville, North Carolina last week, where a Trump supporter sucker-punched a protester.

Again, all eyes on Buckeyes:Like Michigan, Ohio is Hillary Clinton's to lose. It is a large Rust Belt state where polling shows the former secretary of state leading: The CBS News Battleground Tracker, released this week, shows Clinton besting Sanders in Ohio, 52 percent to 43 percent.

If Sanders pulls off an upset victory, as he did in Michigan, it will prove his economic message -- arguing that international trade deals largely work against Rust Belt workers -- has some staying power. On Monday, Sanders pointed out to supporters in Youngstown, Ohio that 31 percent of manufacturing jobs in the state were lost from 1994 through 2015. His victory will also depend on turning out his grassroots supporters, which includes a large portion of young voters who are less inclined to show up on primary day. Very aware of that, the Sanders campaign filed a lawsuit in an effort to allow 17-year-olds to vote in Ohio -- and won.

Where else could Sanders upset? Will it matter?: Florida, based on recent polling, and North Carolina, based on her strength in the South and with African-American voters, are likely in the bag for Clinton. But Illinois and Missouri? Perhaps Sanders could steal a couple of wins from Clinton there. The CBS Battleground Tracker actually shows Sanders with a slight lead in Illinois, another large Rust Belt state that could follow Michigan's lead. There's an added dynamic of local political tension in Illinois, where Sanders has stressed Clinton's ties to embattled Chicago Mayor Rahm Emanuel. Meanwhile, the Sanders campaign is optimistic that Missouri will turn out like its neighbors to the west, Nebraska, Kansas and Oklahoma, which all backed the senator.

Even so, with the bulk of delegates coming from Florida and Ohio, victories for Sanders in these other states may not stop Clinton from growing her already-large delegate lead over the senator.