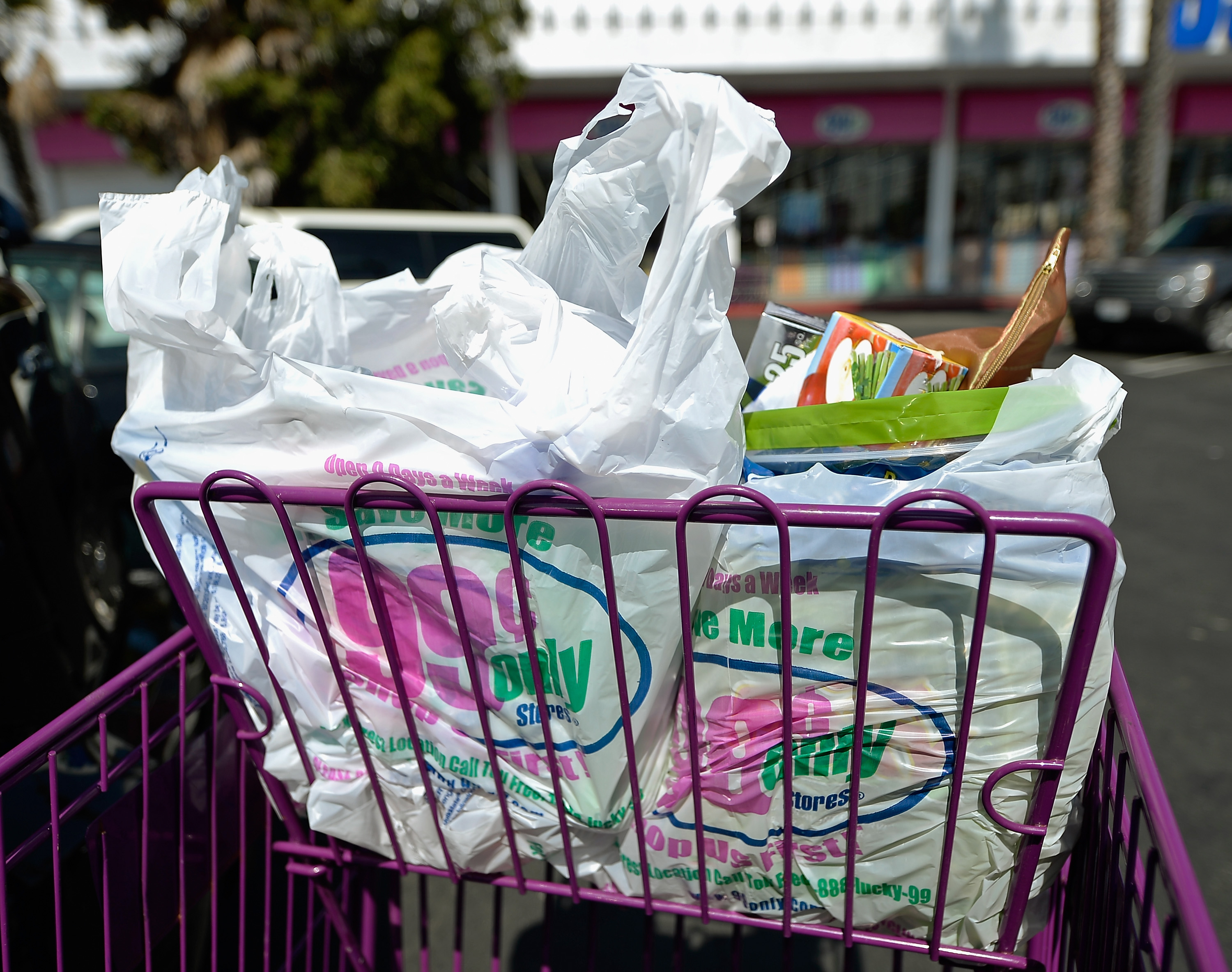 A national coalition of plastic bag manufacturers immediately said it would seek a voter referendum to repeal the law, which is scheduled to take effect in July 2015.

Under SB270, plastic bags will be phased out of large grocery stores starting next summer and convenience stores and pharmacies in 2016. The law allows grocers to charge a fee of at least 10 cents for using paper bags.

State Sen. Alex Padilla, D-Los Angeles, credits the momentum for statewide legislation to the more than 100 cities and counties, including Los Angeles and San Francisco, that already have such bans.

The measure marks a major milestone for environmental activists who have successfully pushed plastic bag bans in cities across the U.S., including Chicago, Austin and Seattle.

"This bill is a step in the right direction -- it reduces the torrent of plastic polluting our beaches, parks and even the vast ocean itself," Brown said in a signing statement. "We're the first to ban these bags, and we won't be the last."

Plastic bag manufacturers have aggressively pushed back through their trade group, the American Progressive Bag Alliance, which aired commercials in California blasting the ban as a cash-giveaway to grocers that would lead to a loss of thousands of manufacturing jobs.

"If this law were allowed to go into effect, it would jeopardize thousands of California manufacturing jobs, hurt the environment, and fleece consumers for billions so grocery store shareholders and their union partners can line their pockets," Lee Califf, executive director of the manufacturer trade group, said in a statement.

Responding to the concerns about job losses, the bill includes $2 million in loans for plastic bag manufacturers to shift their operations to make reusable bags. That provision won the support of Los Angeles Democratic Sens. Kevin De Leon and Ricardo Lara, who had blocked earlier versions of the legislation.

Lawmakers of both parties who opposed SB270 said it would penalize lower-income residents by charging them for bags they once received for free. The bill was amended to waive fees for customers who are on public assistance and limit how grocers can spend the proceeds from the fees.

This wasn't the first effort to bag plastic bags in California. The state assembly passed a similar measure in 2010.

Massachusetts, New Jersey, Rhode Island and Puerto Rico also have pending legislation that would ban single-use bags, according to the National Conference of State Legislatures.