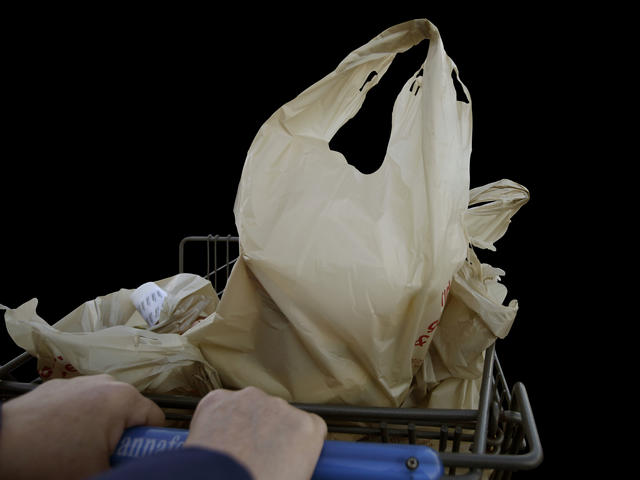 LOS ANGELES -- Key California legislators have reached an agreement that could lead to a statewide ban on carry-out plastic bags at supermarkets, liquor stores and pharmacies by 2016, officials said Thursday.

Lawmakers in Sacramento have debated similar proposals for years, facing opposition from manufacturers that produce billions of plastic shopping bags each year.

The agreement calls for using $2 million for loans and grants that could help those companies retrain workers and convert to manufacturing "a new generation of reusable bags with the smallest environmental footprint," a summary of the legislation said.

State Sen. Kevin de Leon, a Los Angeles Democrat who helped broker the deal, said it balances "the health of the planet with the preservation of people's livelihoods."

"It bridges the gap and moves the economy forward into a green future," de Leon said in a statement. "We will dramatically reduce the scourge of single-use plastic bags ... and at the same time grow jobs."

Los Angeles and nearly 100 other cities and counties in the state have enacted bans on single-use plastic bags at stores. If approved by the Legislature, the bill would extend a similar prohibition across the rest of the state. The local laws would remain in effect.

The bill summary says supermarkets would have to stop using the bags by July 2015, and the ban would extend to smaller stores a year later. With plastic bags prohibited, stores could sell recycled-paper or reusable bags for at least 10 cents each.

Similar bans have been enacted in other jurisdictions around the U.S., but California is a trendsetter on environmental issues and advocates hope other states would follow its lead.

In 2005, nearly 30 billion single-use plastic bags were generated in California, according to the bill summary, a figure since cut in half by city and county bans.

"We are going to go after this legislation takes effect ... to zero," said Mark Murray, executive director of Californians Against Waste, an advocacy group. "That means less litter, less pollution, less waste."

"Large grocery chains are pushing this bag ban ... at the expense of their customers," he said in a statement.

Cathy Browne, general manager of bag manufacturer Crown Poly Inc. in Huntington Park, outside Los Angeles, said imports dominate the reusable bag market and the $2 million proposed for training and new equipment would be "a drop in the bucket."