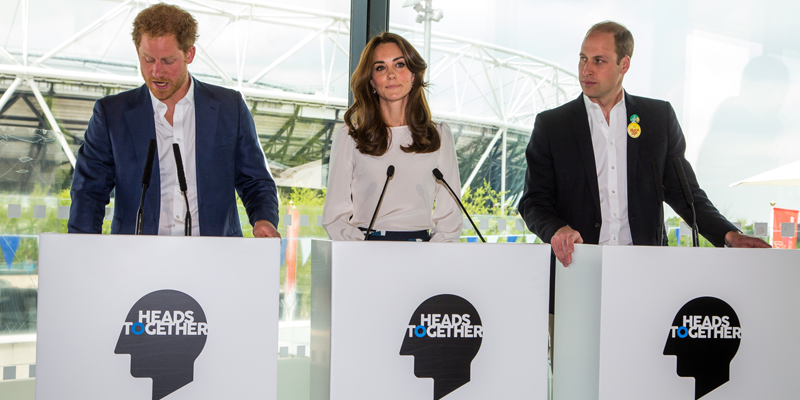 LONDON -- Britain’s Prince William, his wife Kate, and his brother Prince Harry are lending their support to efforts to encourage people to talk openly about mental health issues.

The young royals released 10 films Thursday as part of their Heads Together campaign to try to lift the stigma and change the national conversation about mental health.

The videos feature celebrities and members of the public talking about the breakthrough conversation that helped them come to terms with their mental health problems.

“When you realize that mental health problems affect your friends, neighbors, children and spouses, the walls of judgment and prejudice around these issues begin to fall,” the royals said in a statement.

Former England cricket captain Andrew Flintoff is among those featured speaking about personal experiences with anxiety or depression.

Members of this generation of the royal family have long been outspoken about their commitment to raising awareness for mental health issues. They launched the Heads Together campaign last May to help shatter the stigma around mental illness.

Also last year, Kate, the Duchess of Cambridge, guest-edited an edition of the Huffington Post with the aim to help change in attitudes toward mental illness. The former Kate Middleton also released a public service announcement in 2015 to help raise awareness around mental health issues in children.

Marjorie Wallace, chief executive of the U.K. mental health charity SANE, said public awareness campaigns are more powerful when the celebrities promoting them have personal experience with the issue being highlighted.

“Princes William and Harry speak from their experience of loss and sorrow” she said in a telephone interview with The Associated Press. William and Harry’s mother, Princess Diana, was killed in a car crash in Paris in 1997, when the princes were 15 and 12 years old. Earlier this month, Prince William visited Paris on his first official trip there since his mother’s death.