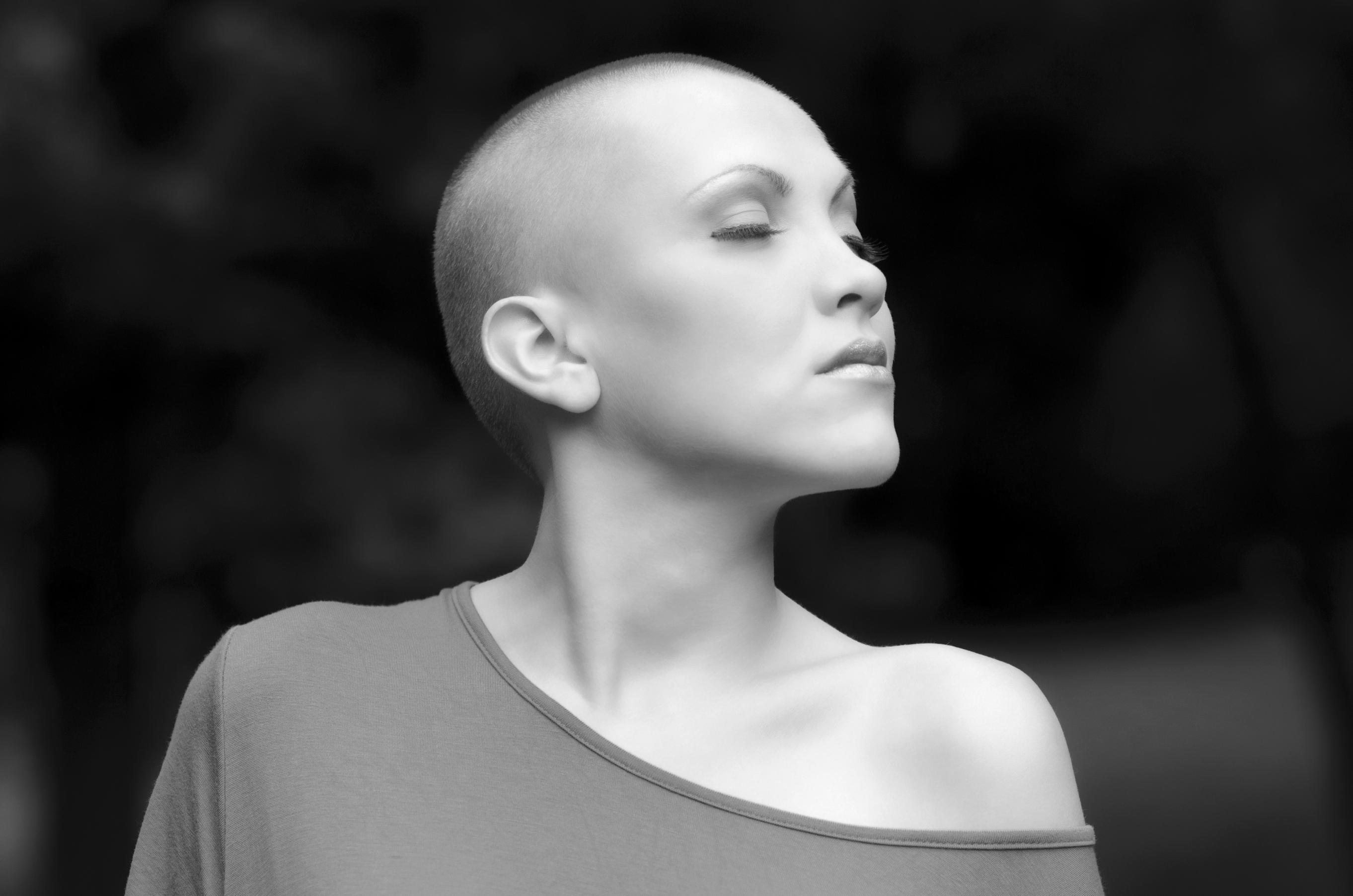 After a breast cancer diagnosis, many find comfort in connecting with family, friends and support groups — but some choose to live with their illness more quietly, keeping it private from almost everyone. They may not want to worry loved ones with talk of treatments and prognoses or they may wish to avoid being labeled as “sick” at work, home or even among strangers.

While cancer experts say there’s a myriad of deeply personal reasons some breast cancer patients keep their diagnosis on the down low, it’s important to have at least a few confidantes by your side. They say without the support of close friends or family members, the journey with breast cancer can be more isolating.

One 44-year-old freelance writer from New York City said when she learned she had breast cancer five years ago, she was lucky to have a close friend with her at the time of diagnosis. The circle of people she has told since then hasn’t widened much, though. In addition to a few close friends, just her parents, siblings and a few others know, and that’s enough for her.

One of the benefits of keeping the diagnosis low-key, she said, is that as the years have passed, she hasn’t needed to provide updates to a slew of people when things with her health have changed.

“I haven’t really had to fill in people because it’s very few and far between that I tell people. I just don’t feel like having to talk about it all the time in any way helps me and that’s why I don’t. I’m a private person anyway,” said Annie, whose name has been changed for privacy.

She told CBS News that she likes not being defined by cancer. The decision about whether to reveal her diagnosis is more complex with certain relationships in her life, though. Single and very close to her three nephews, Annie says she hasn’t told them yet because she enjoys the normalcy that comes with being with them. But there may come a time when she needs to share it with them.

“With my nephews, it will be hard for them but until I actually have any symptoms, I won’t tell them. They help me. Being around them helps me,” she said.

She has stage 4 metastatic breast cancer, meaning there is no cure for it. She takes a cocktail of medications that can help keep the spread of the cancer in check, and so far, she hasn’t lost her hair or had a mastectomy — physical changes that can make the condition difficult to hide.

And she says support groups aren’t for her.

“I don’t join support groups. In the beginning, I kind of wanted to, but I have the worst of the diagnoses,” she said, and she feels that a lot of women wouldn’t be able to identify with that since now many breast cancers are highly treatable.

She’s also uncomfortable with the way some people put so much of their identity into breast cancer.

“It becomes their thing,” Annie said, wondering aloud if they do that because they never had something to identify with before their diagnosis.

Among those she does trust is her oncologist.

“I feel like if we didn’t meet this way, we would have been great friends. He was the first person I was sent to. There was never any process of trying to find the right doctor fit for me,” she said.

Breast cancer is the second most common cancer among women in the U.S., behind skin cancer. In 2013, more than 230,800 women and 2,100 men were diagnosed with the disease, according to the U.S. Centers for Disease Control and Prevention. Approximately 40,860 women and 464 men died from it.

In generations past, women were much more likely to keep a breast cancer diagnosis under wraps. It was spoken of in hushed tones — or not at all. In the 1970s, first lady Betty Ford helped break the taboo by speaking openly about her battle with the disease.

These days, the signature pink ribbon associated with fighting breast cancer is emblazoned on everything from snack foods to jewelry to clothing. During October, Breast Cancer Awareness Month, things get even pinker as advocacy groups such as Susan G. Komen promote races for the cure and other fundraising events for research.

Dr. Jesse Fann, director of psychiatry and psychology services at Seattle Cancer Care Alliance, the treatment arm of Fred Hutchinson Cancer Research Center, talked about “secret cancer” in an article recently on the center’s website. He said nowadays it’s less common for people to keep a diagnosis private given how prevalent cancer news and treatments are in the media, in everyday conversations and across social media.

However, the pink t-shirts, walkathons — even comic books — aren’t for everyone.

“No thank you. I’ve never liked that stuff. It just bothers me,” said Emma, a 43-year-old from Los Angeles who spoke with CBS News under the condition of anonymity. “‘Pinktober’ is actually a really tough month for me this year.”

Emma has stage 4 metastatic breast cancer, also called advanced breast cancer — it has spread to other parts of the body and eventually is fatal.

She added that she appreciates the thought behind these public efforts. “I’m grateful for it. Not a lot of diseases have this much awareness. There’s such a spotlight on it. But it’s also hard. All the pink… it’s cute. But it’s not a cute thing to go through.”

Emma was diagnosed five years ago and since then has undergone chemotherapy, radiation and hormone treatments, as well as a double mastectomy. A little over a year ago, the cancer in her breast metastasized to her bones and her liver and a few spots showed up on brain scans.

“You have a lot of people painting things pink and that’s fantastic, but why don’t you put the money from that can of paint towards research?” she asked.

“People find connection and a sense of meaning and relief in so many different ways with this disease. And some people affected by it need that sense of community,” said Emma. But she has chosen to only tell a handful of people, including some close friends, her parents and her husband, whom she separated from in March of this year, though they remain close.

“I like very authentic connections with people. I’m not good at small talk, not very good.”

On occasion, though, if it feels right, she’s shared her cancer diagnosis with men she’s dated. She said some are more intuitive than others and have picked up on it. But for the most part, sharing with strangers is a definite turn-off. When she went through chemotherapy shortly after her diagnosis in 2011, she lost her hair and decided to create “a look” — an intentional style choice, not necessarily cancer-related.

“I never wore wigs or scarves, but I wore a lot of lipstick and big earrings,” she said, noting that people sometimes asked her about her look.

Still, some guessed she had cancer. “People would ask if I have cancer and I would tell them this is not a conversation I’m willing to have with you. I had a couple strangers ask me. A woman in the grocery store check-out line said, ‘Well, my sister had cancer,’ and I was like, I don’t know what that has to do with me,” she said.

Emma said she doesn’t need a crowd of people in her life knowing her health status and she isn’t afraid to have time alone with her thoughts about it — whether it’s during weeks when she has energy and feels well or times when treatments leave her in pain and barely able to walk.

“I keep it quiet. I still don’t tell most people and I’m really happy about that. Something happens when I share. This is how it feels to me: it becomes bigger and more a part of you every time you say it, and then people start to look at you like that, and I’m not interested in that. There’s so much with this disease you can’t control and if I can control it on some level, that’s kind of a nice feeling,” she said.

She does open up about having cancer on an anonymous blog and Twitter account, though, and said writing her thoughts there feels right. And she likes the idea that she might be helping other people.

“It does help me connect with people in this situation without over-identifying as me. There is still this desire to connect about what’s going on. I get to write. I get people reading what I’ve done. I get some really nice emails from people who’ve come across my blog and that’s a great feeling, to think you’ve helped one person through it,” she said.

“Who you tell and don’t tell is up to you”

Dr. Bart Scott, a Fred Hutchinson Cancer Research Center researcher and oncologist, said most women with breast cancer now are surviving their cancer, and some with stage 4 cancer can live for several years — the median survival rate is two to three years — due to newer therapies being developed. But, he told CBS News, “They are still dying and that may set them apart from other women whose disease is less aggressive.”

They may be less forthcoming about their cancer for any number of reasons, he explained — because they’re just private people, or they may not want it to affect their professional lives, or they may be more worried about family members.

“If people are facing terminal disease, it’s very difficult to disclose that to family members because there is apprehension about how it might affect them. There may be a desire to spare them from the emotional aspect of it,” he said.

Some people don’t like the idea of being pitied and he said, “I can totally understand that. But be open about it and say this is not what I want. Most friends and family would be understanding of that.”

Most breast cancer patients will at some point need a helping hand.

“Chemo can make you sick. You’ll need transport to and from the hospital and what if you get an infection? From that practical perspective, but also from the emotional perspective, keeping everyone in the dark is not going to help,” Scott explained.

He said men with breast cancer might also feel more private about speaking of the disease because it can have an emotional impact on their sexuality. Many women feel the same, especially younger women.

Worries that cancer will change the way they’re viewed professionally may concern some, who refrain from talking about cancer with colleagues out of fear that they could be passed over for raises and promotions. Scott said it’s sad, but he’s had patients who’ve lost their jobs after a cancer diagnosis. Even though their employers said it wasn’t due to their illness, he believes it can play a role.

“Ultimately, who you tell and don’t tell is up to you. But it is important to have a close network of family and friends who can support you through this process. They’re likely going to find out you’re dealing with this eventually. Don’t try to spare them,” Scott said.

Fann said that he tells patients, “Holding stressful emotions inside without an outlet can lead to worsened stress, anxiety, depression and isolation.”

One small 2004 study of early-stage breast cancer patients found that “failure to disclose” their cancer was associated with “low emotional well-being.”

He often asks his patients, ‘Wouldn’t you want to know if someone you knew got a similar diagnosis?’”

But Emma said she feels at peace with her decision to navigate breast cancer more quietly than most.

“There’s no shame in having cancer. I’m not ashamed of having cancer. But when I put my face forward in the world, it’s not how I want to be recognized,” she said.