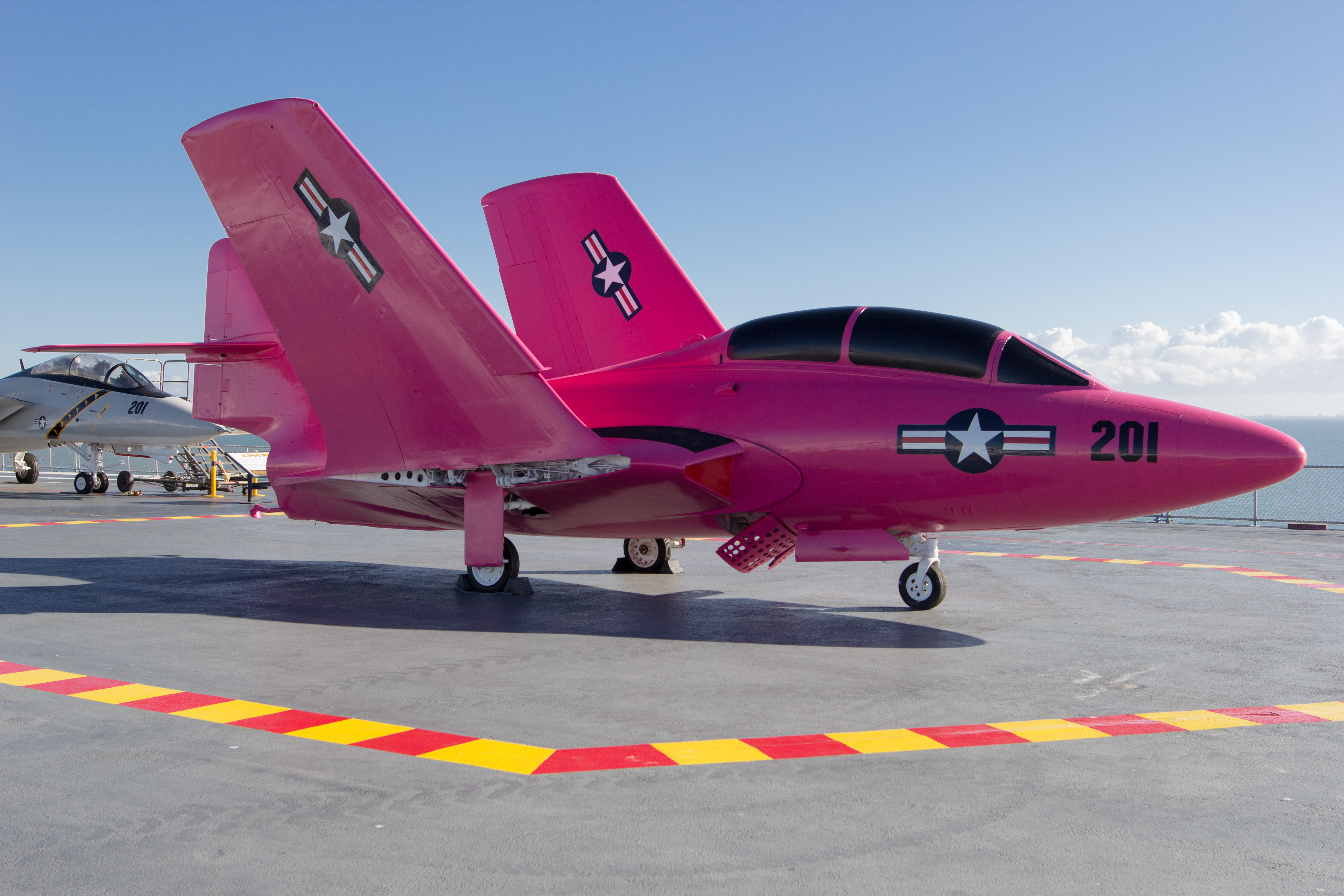 A hot pink Navy jet was unveiled in Texas this week to bring attention to breast cancer research.

The Grumman F9F-8 Cougar sits atop the flight deck of the World War II aircraft carrier USS Lexington, in Corpus Christi, Texas, where it will remain throughout October for Breast Cancer Awareness Month.

The idea to paint the jet pink popped into the mind of M. Charles “Rusty” Reustle, the director of operations and exhibits at the USS Lexington Museum, as he was heading to work one day.

“I was driving down the road and I looked over and I saw a crane that one of the local rental companies had painted pink and I thought, wow, we could do something for breast cancer research, too. And we happened to have a plane that’s on loan from the Naval Air Museum that was all primed and ready to go,” said Reustle, a Navy veteran who served as a first class master builder.

The museum has close ties to the local American Cancer Society chapter – they host an annual event on the carrier every August – and had been wanting to do something to support the fight against breast cancer.

The bright pink paint job is only temporary. A painting technique Reustle had observed when Disney came to film the movie “Pearl Harbor” a number of years ago was used so that the paint won’t adhere permanently – dishwashing liquid is applied to latex paint. They used a vibrant shade of pink called “Heliconia” on the jet fighter. Single seat Cougars were used in the late 1950s, and more recently by the Blue Angels flight demonstration squadron.

The USS Lexington staff felt that a fighter plane was appropriate for the cause.

“It supports all who have fought and continue to fight the battle of cancer,” said Reustle.

Once the display is finished, he said he hopes the pink paint comes off as easily as it’s supposed to with a power washing hose. If not, he told CBS News, they’ll be doing a lot of sanding come November.