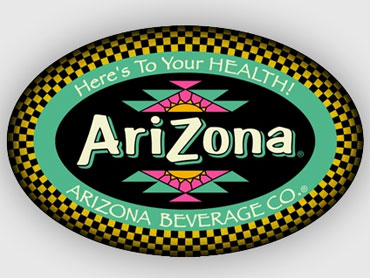 In the wake of the passage of a controversial immigration law in Arizona, there have been calls for a boycott of the state and its businesses. Among those calling for a boycott are Rep. Joe Baca (D-Calif.), lawmakers in Los Angeles and San Francisco, and La Opinion, the nation's biggest Spanish-language newspaper.

Some of the boycott calls are directed not just at the state but businesses based there, among them Cold Stone Creamery, Circle K and U-Haul. And as the New York Daily News reports, also under fire in some quarters is Arizona Iced Tea. Its label says is brewed by the Arizona Beverage Co.

"Dear Arizona: If you don't change your immigration policy, I will have to stop drinking your enjoyable brand of iced tea," one person wrote on Twitter, according to the Daily News; another called Arizona Iced Tea "the drink of fascists."

There is (at least) one problem with all that, however: Arizona Iced Tea is based in New York. It was founded in 1992 in Brooklyn by former New York City beer distributors; the company says the founders borrowed "the motif from their south-western inspired house in Queens."

"For the last 16 years our headquarters have remained on Long Island where we continue to sell and distribute AriZona Iced Teas and beverages," the company said in a statement to correct what it called "misinformation" about its origins.

Arizona's new law, which was signed Friday and would take effect in July, would require immigrants to carry documents verifying their immigration status. It would also require police officers to question a person about his or her immigration status if there is "reasonable suspicion" that person may be illegally in the country.