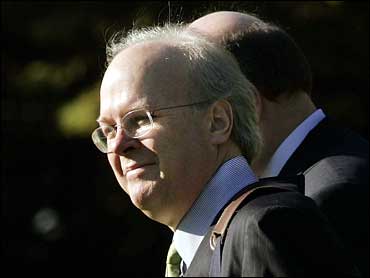 "I think there is going to be some constitutional problems with the bill," Rove reportedly said at a senior community center in The Villages, Forida, where he made a stop on his book tour. "I wished they hadn't passed it, in a way."

Arizona's new law, signed by the governor on Friday, would require immigrants to carry documents verifying their immigration status. It would also require police officers to question a person about his or her immigration status if there is "reasonable suspicion" that person may be illegally in the country.

The law has created a challenge for Republicans who want to prove to their conservative base they are tough on immigration without alienating Latino voters, and a rift in the party has developed over how to respond to the law. Like Rove, GOP Sen. Lindsey Graham (S.C.) has questioned the constitutionality of the law, while Marco Rubio, the expected GOP Senate candidate in Florida, and former Florida Gov. Jeb Bush has expressed reservations about it. By contrast, Arizona's Republican Sen. John McCain has refrained from criticizing the new measure, while House Minority Leader John Boehner has said the state's preferences should be respected.

While McCain has called the law a "good tool," Rove by contrast, reportedly said, "At the end of the day ... I think there are better tools."

Rove, however, took issue with the notion that the law will lead to racial profiling, the Sentinel reports.

"These are modern police forces that respect the rights of people in their communities," Rove said. "They're going to do it on the basis of reasonable suspicion that these people are here illegally, like they're driving a car with a Mexican license plate or they can't speak English or they don't have a drivers license."

President Obama, meanwhile, has come out swinging against the law, arguing it will make it "really tough on people who look like they, quote, might be illegal immigrants."