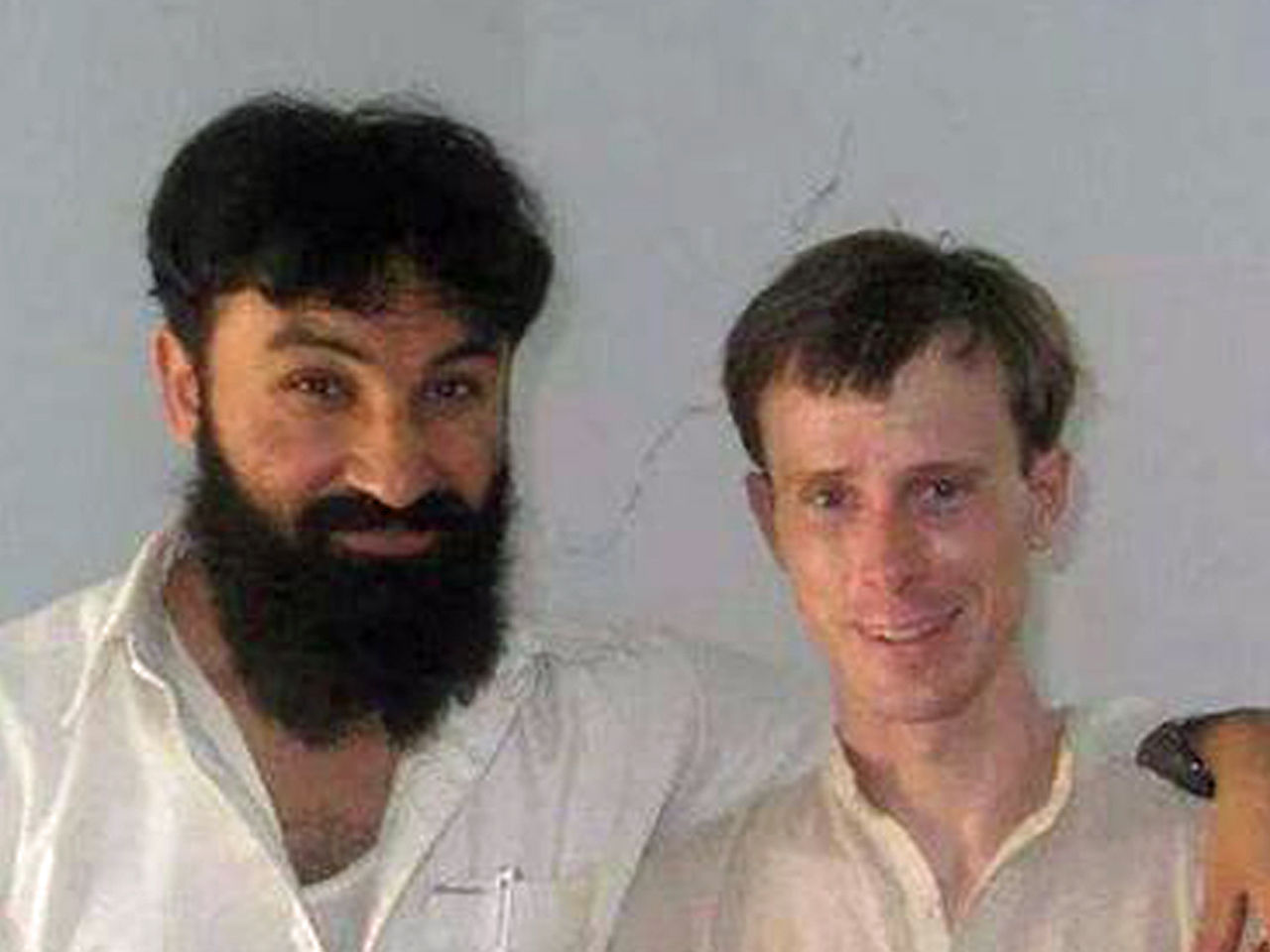 Editor's note: Jere Van Dyk is a CBS News terrorism consultant. He has spent close to three decades studying the Taliban and other Islamic extremist groups and has traveled extensively throughout Pakistan and Afghanistan, where in 2008 he was taken hostage by Taliban militants. He spent 45 days as the group's captive.

Below are Van Dyk's observations upon seeing a photo appearing to show Sgt. Bowe Bergdahl smiling next to a senior commander of the powerful Haqqani terror network.

He looks young, innocent, happy, nothing like any picture we have seen, and so skinny. They always fed him well -- they are required to under their tribal code. But we have not seen anything like this. It was probably taken a few months or so into his captivity when he was young. He was an old, tired, nervous man who walked to that helicopter.

He lived in a cell for five years. Some of these men may have become his friends. He had no one in the world to talk to but them.

I recall being so happy one night when my jailer returned after being gone for a few days. I almost hugged him, but held off. He was the good cop, against the bad ones. I was glad to see him because he was my protector against the outside world, those who would take me to sell me, or to kill me.

This is what I see here in this photo. Bowe is totally dependent upon these people for even the smallest things in life: water, a pencil, a blanket, sunlight. There are no rules. They could do whatever they wanted to him -- the exact words one man said to me one night -- and no one could stop them.

You are like a child, but you try to maintain your dignity, otherwise they will lose respect for you, and maybe harm you. Bowe wants them to like him so that they will not kill him, or harm him. I cannot judge him. He was 23 years old.

He is a complete and total victim, a pawn, a young man, a golden goose. He was five long years in a different world, as if on another planet. Of course he would have drawn close to them. Westerners call it Stockholm Syndrome. His enemies will use this as proof that he is a traitor, that he went over to their side. I would like them to spend one hour in that cell and then talk like that.

This is consistent with how they would have acted with him. For a Pashtun (most members of the Taliban and its affiliated groups in Afghanistan are ethnic Pashtuns), there is great, unbearable shame if he is not a good host. My jailers kept saying "you are a guest." When I didn't eat, out of despair, or to make a point, my jailer got worried and was very gentle with me. He had to be a good host. At other times, he threatened me.

This is a propaganda photo, for an Afghan audience, also. They want to show that they are better than we are, that they treat their prisoners kindly, regardless of what happens when the cameras aren't turned on.