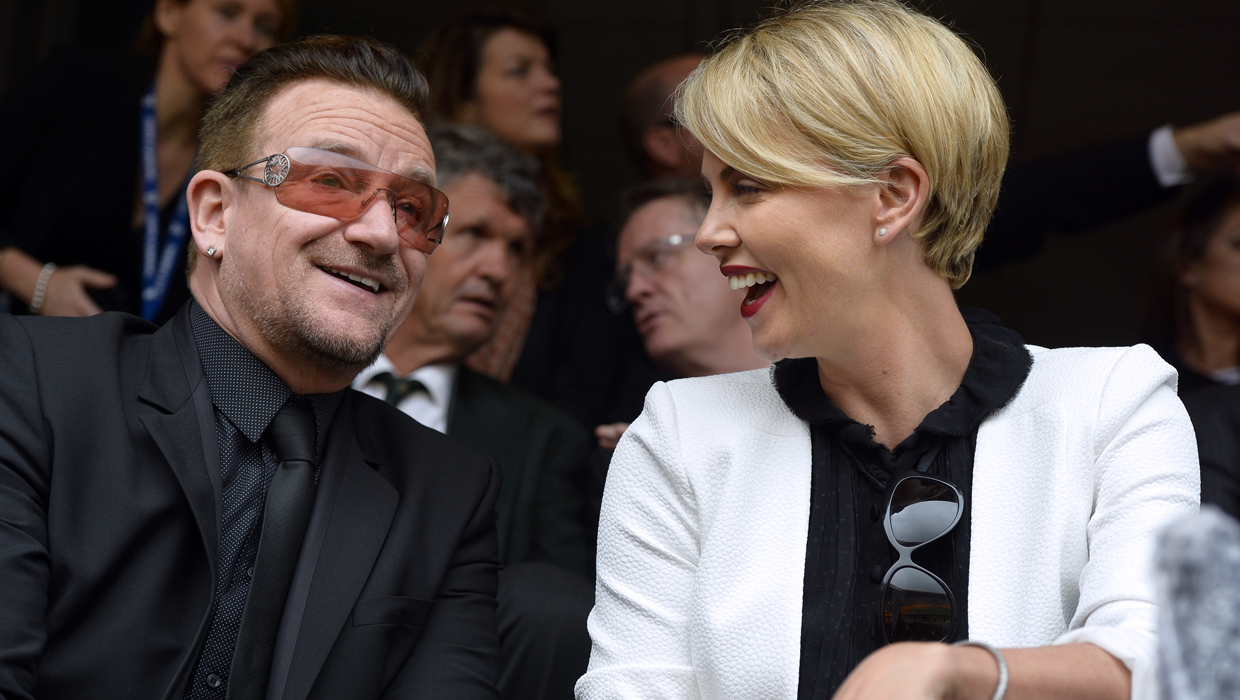 U2 frontman Bono and Charlize Theron were spotted at the memorial service for former South African President Nelson Mandela at FNB Stadium in Johannesburg, South Africa, on Tuesday.

They joined dozens of heads of state, including President Barack Obama, and other luminaries in South Africa for the start of what will be a week of events paying to tribute to the late leader. Mandela died on Thursday at his home. He was 95.

Born in South Africa, Theron first met Mandela in 2004. While at the service, Theron, 38, was photographed blowing a kiss to the audience.

Bono, a human rights activist, wrote an essay about Mandela recently published in the Irish Times, where he pointed out how he became friends with the leader over the years, adding, “I, like everyone else, was mesmerised by his deft manoeuvring as leader of South Africa.”

He explained, “He has been a forceful presence in my life going back to 1979, when U2 made our first anti-apartheid effort. And he's been a big part of the Irish consciousness even longer than that."

The 53-year-old Ireland-born singer continued, “Irish people related all too easily to the subjugation of ethnic majorities. From our point of view, the question as to how bloody South Africa would have to get on its long road to freedom was not abstract.”

Who did Mandela leave his $4.1M estate to?
More
Lauren Moraski