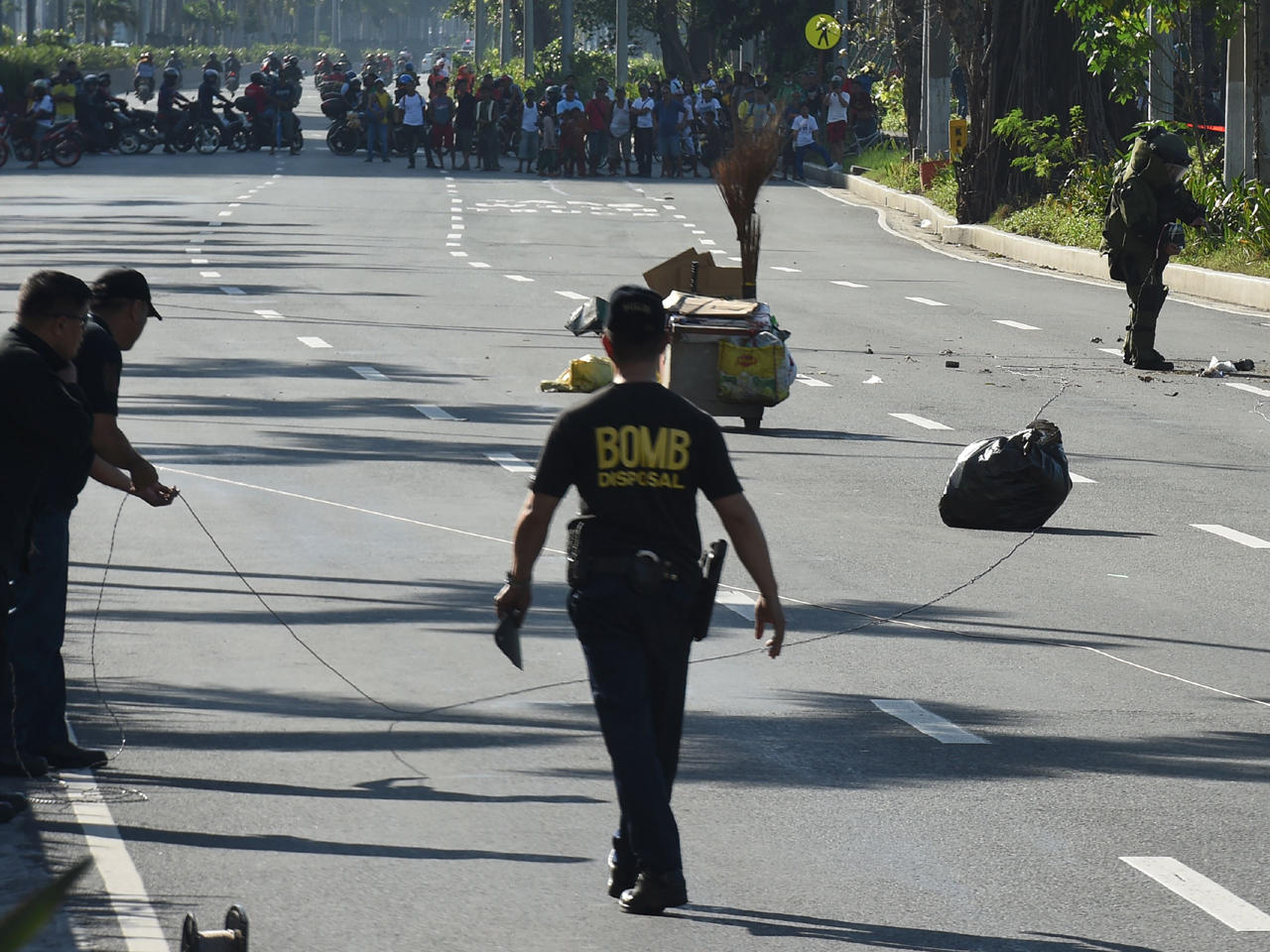 MANILA, Philippines -- Manila police detonated an improvised bomb found Monday in a trash bin near the U.S. Embassy, snarling morning traffic after authorities closed a portion of a major boulevard where the device was found. No one was reported hurt in the incident.

Street sweeper Winniefreda Francisco said she called police after finding a cellphone attached to a bottle-like cylinder wrapped in black tape, with wires connecting the cylinder to the phone.

The trash bin where the device was found was about 22 yards from the embassy compound.

In a statement to CBS News, the U.S. Embassy in the Philippines expressed gratitude to the municipal worker who first reported the device, and to the Philippine national police for their “quick and appropriate action to ensure the safety of all.”

Traffic was briefly diverted in front of the embassy while police disposed of the bomb.

Later Monday, Ronald dela Rosa, chief of the national police force, said he believed an ISIS-affiliated group in the Southern Philippines was behind the attempted bombing.

The Maute group, as the militants are known, is currently being engaged by the military. Dela Rosa said the “attempted act of terrorism” could have been a diversionary tactic by the extremists.

The IED was apparently left by a man on a taxi at around 2:30 am local on Monday, and was found at around 6am.