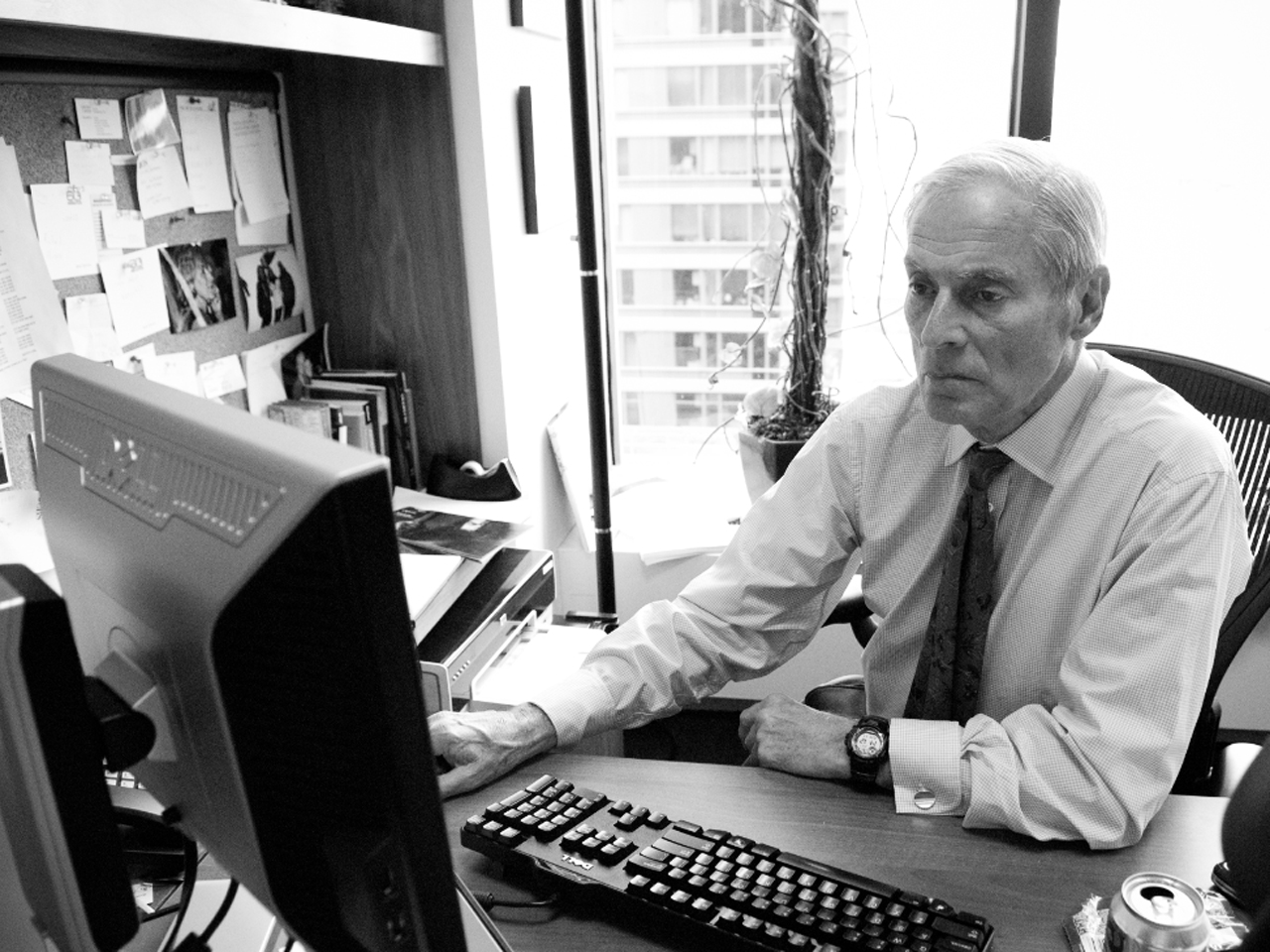 There are not always two sides to every story.

For me, that is Bob Simon's legacy. I heard him say that for the first time only this morning, a soundbite from an old Emmy acceptance speech edited into his obituary -- one of many, I imagine, crafted quickly in newsrooms overnight.

There were not two sides in Sarajevo, he said.

There were not two sides in Rwanda.

Sometimes the truth is obvious. Sometimes, it's right in front of your face.

Modern journalism puts a lot of emphasis on digging. Getting dirty. Getting involved. But some stories don't require reporter participation. They don't need to be sifted. The don't need to be scooped. Sometimes our job -- our only job -- is to stand there and point:

This is what's happening. Pay attention.

But what distinguishes a great journalist from a good journalist, or even a mediocre one, is not only knowing when to push back, but when to hold back. When to let someone else do the talking. And when to let the pictures speak for themselves.

That's what made him truly one of the greats.

More and more, we are losing the Bob Simon brand of journalist. We are losing the men and women who put the premium on the story and not on themselves. They are retiring. They are dying. They are giving in to the pressures and duality of the celebrity newsman and walking away from the values that once made them great.

A few years ago, a newsroom intern was asked what she wanted to do after graduation. Without missing a beat, she said "I want to be on TV." Too often, that what's driving our business. The desire to be front and center. The desire to make yourself the star. The narcissism of news poses a significant risk to the vital duty we purport to enshrine. "I" and "Me" have replaced "they" and "this."

Bob Simon was a star, but he was not the star of his pieces. The characters -- not the reporter -- were always at the heart of them. There are still men and women who follow this model. There are still good journalists who happen to work in TV. But every year, their numbers are dwindling, and today they're down by one.

There are not two sides to this story.

Bob Simon's death is a terrible loss not just for his family and friends, but for a profession that desperately needs his kind of reporting -- journalism that demands to be noticed, even when the reporter does not.

All we can do is stand here and point.