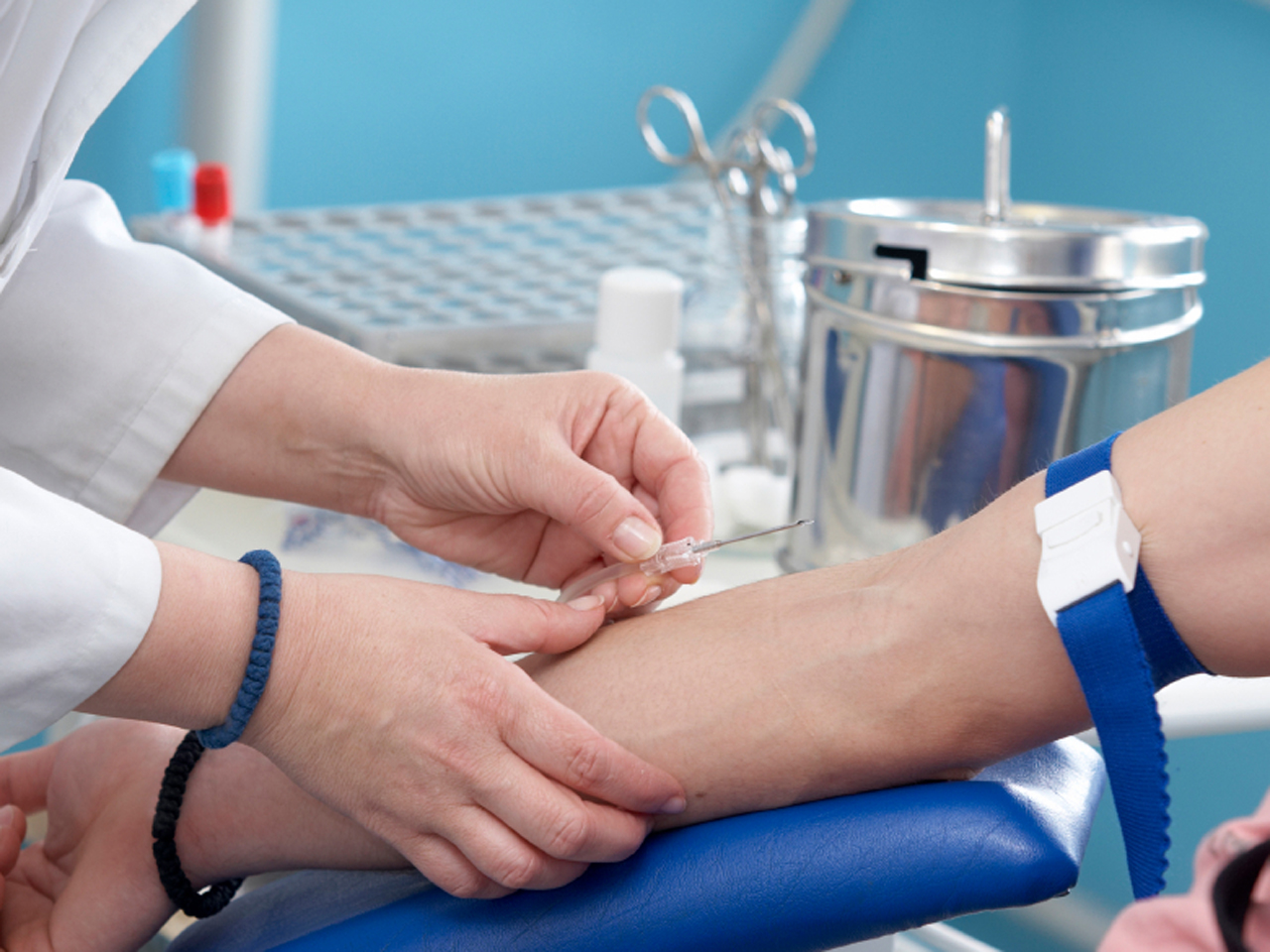 Researchers have found 10 proteins in blood that may predict the onset of Alzheimer's disease. They say the discovery could help formulate a blood test that could someday allow earlier diagnosis and treatment even before symptoms are apparent.

In the study, researchers from King's College London say they were able to predict Alzheimer's disease with 87 percent accuracy. Their work is published in Alzheimer's & Dementia: The Journal of the Alzheimer's Association.

After analyzing these protein levels, the researchers found they could accurately predict Alzheimer's disease in almost nine out of ten cases.

A blood test to identify Alzheimer's disease could effectively change Alzheimer's treatment, because it would allow patients to start medications much earlier. More often than not, a patient begins taking Alzheimer's medication when the disease has already progressed and drugs offer little benefit. That's believed to be one of the reasons why so many clinical trials of Alzheimer's drugs fail.

"You take a drug, and in effect you would have the clinical symptoms prevented -- even if the disease has already started in your brain," Professor Simon Lovestone, the senior author of the study from the University of Oxford, told CBS News.

Vivienne Hill and her sisters lost their mother Mary to Alzheimer's disease, a battle that lasted for eight years. "It's horrible knowing that once you are diagnosed with Alzheimer's, it is a slow, horrible journey," she told CBS News' Alphonso Van Marsh. "If we had that blood test, it would have reassured us something is wrong. Knowledge is strength and we can start planning for the future."

Currently, there are some 5.1 million Americans living with Alzheimer's disease. As the baby boomer population continues to age, rates of Alzheimer's are expected to triple by 2050, which will result in an increasing financial burden. In the U.S. alone, it's estimated that Alzheimer's and other types of dementia cost $215 billion each year.

As with most health conditions, early detection is key, which is why researchers have turned to identifying ways to diagnose and treat the disease as soon as possible. Other prior research has examined the possibility of using PET scans with radioactive dye to detect amyloid plaques in the brain.