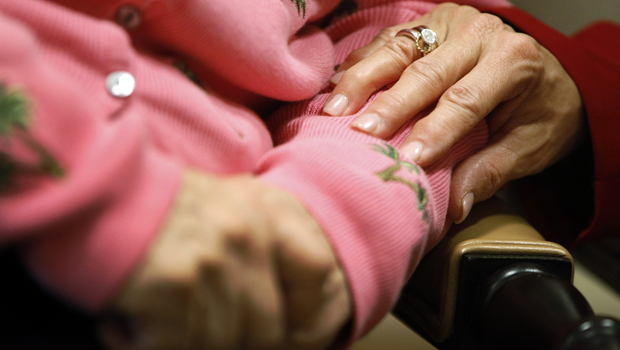 Last month in London, health officials from the G-8 countries held a summit on the growing threat of Alzheimer's disease and other forms of dementia. British Prime Minister David Cameron promised to double his nation's commitment to research funding over the next decade to fight the global epidemic.

LaPook told the co-hosts that the number of people with the disease is staggering. He said there is an estimated 5 million Americans that have Alzheimer’s.

While Tanzi, who discovered the first Alzheimer’s genes, has spent his entire career trying to end the disease, he told the co-hosts that treatment is “really back to square one."

“Unfortunately, the available drugs are in that category of 'better than nothing;' they treat some of the symptoms, and mainly temporarily, so the benefits go away after time,” he said. “What we really need is a drug that will stop the actual progress of the disease, and, as many people know, the recent trials for those types of drugs have failed.”

He explained that doctors now have a better picture of how the disease progresses.

“We now have a good picture of the stages of the disease, going from this gooey toxic material that sticks to the nerve cells and kills them and then the nerve cells die from within, and then, even worse, the brain sees all this and thinks it’s an attack from the outside and the immune cells start to attack the nerve cells, and nerve cells die by friendly fire,” he said.

Also, he said that now, knowing the various stages of Alzheimer’s, scientists can explain "a lot of the failure” with the trials.

“Those drugs were based on the earliest genes we found, back in the '80s and '90s, that taught us about the early stages of the disease, so what we’ve been doing is trying to treat patients with drugs targeted at early stages when they're already in the later stages of Alzheimer’s disease,” he said.

LaPook added that researchers have been able to notice that the changes in the brain associated with Alzheimer’s occur 20 to 30 years before the “overt symptoms occur.”

“In recent years there have been certain techniques – brain imaging, brain scans, biomarkers, finding things that are in the brain that show up in the spinal fluid or even genetic testing … now we’re able to perhaps identify people many, many years before the actual symptoms occur, people at increased risk,” he said. “And maybe it’s possible that some of these medicines that didn’t work in people with severe disease, maybe they’ll be more successful.”

For Dr. Jon LaPook and Dr. Dr. Rudolph Tanzi's  full interview, watch the video in the player above.

Check out more from Morning Rounds with Dr. LaPook

What is the gender wealth gap, and what will it take to close it?