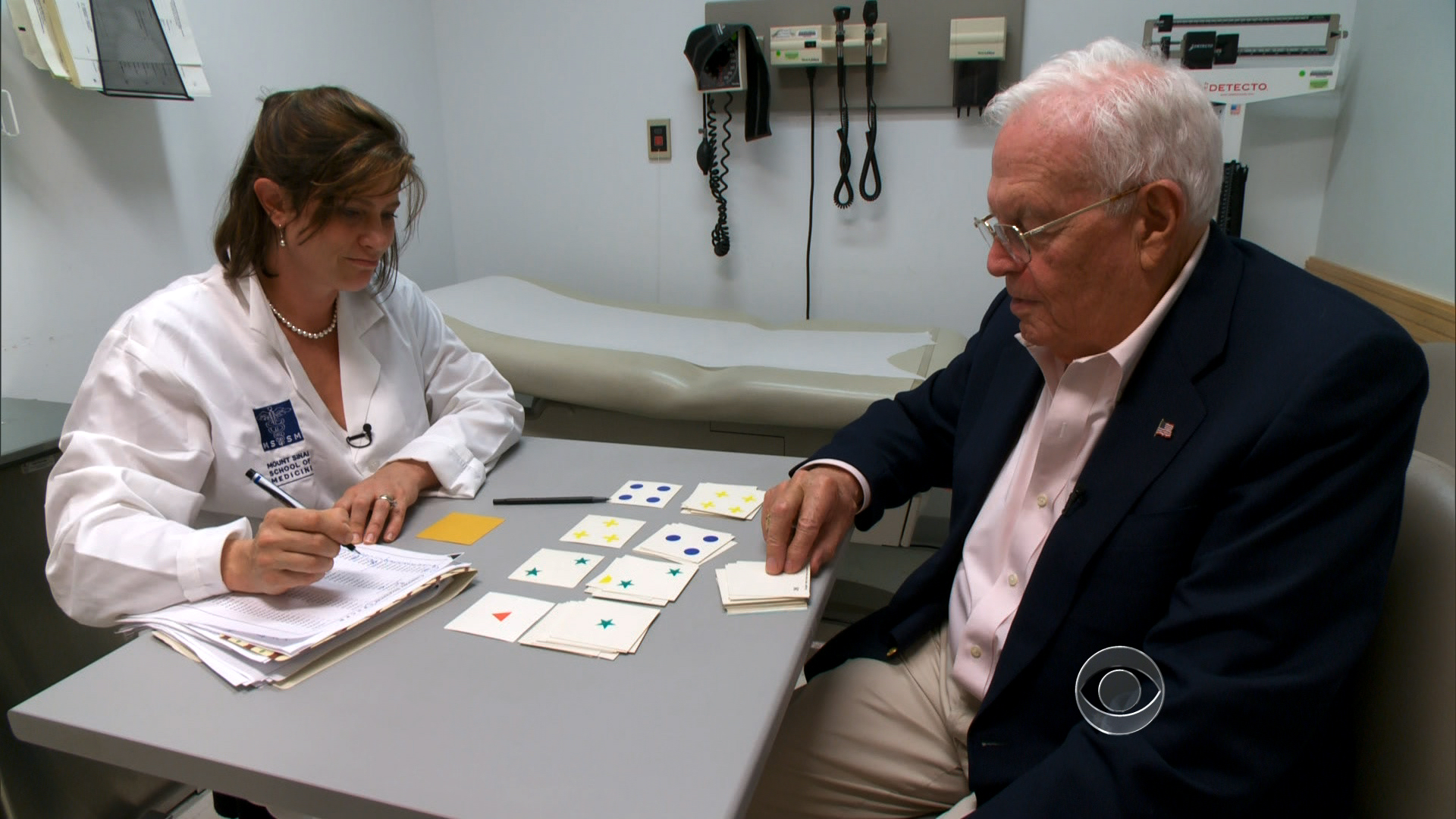 (CBS News) More than 5 million older Americans live with Alzheimer's disease and a new test can tell you ahead of time if you're going to get it. Until now, the test has only been available in research settings, but beginning this month patients have been able to get the test commercially when ordered by their doctors.

But with no cure for the disease in sight, some are asking: Why would you want to know?

Eighty-year-old Alex Dreyfoos has always had an exceptionally sharp mind. A graduate of MIT and Harvard, he won an Oscar for his work in video technology. He was also a recreational pilot.

It was flying that he first noticed his memory was slipping.

"I had my own Citation jet. ... I'd hear a control tower give me some instructions and I'd have to write it down where I'd never used to have to do that," Dreyfoos said.

Dreyfoos's mother had Alzheimer's and he feared the same fate. So he underwent genetic testing and a battery of tests for memory and brain function. The results suggested he had the disease. But then doctors at Mount Sinai School of Medicine told him about a new test that would tell him for sure.

He suspected he had Alzheimer's, he said, and "knew I was, as I say, not at the top of my game -- I was clearly worse as time went on."

Dreyfoos underwent a PET scan with a new radioactive dye that detects amyloid plaques in the brain, the hallmark of Alzheimer's. Prior to this test, that could only be confirmed at autopsy.

Dr. Sam Gandy was part of a team that analyzed Dreyfoos's PET scan. Gandy said that he, too, had assumed Dreyfoos had Alzheimer's based on his story.

But why would patients want to know if they have a disease with no cure?

In fact, the scan found no detectable plaques in Dreyfoos's brain -- meaning he does not have Alzheimer's.

"I was excited" by the discovery, Gandy said. "The chances of this happening -- the first scan being negative in this context -- are just infinitesimal. I was shocked beyond belief. You could knock me over with a feather."

Before this new test, Dreyfoos might have spent his last years falsely believing he had a terrible disease. Now doctors will look for a different cause for his memory issues. The cause might be something treatable -- another reason the test can be valuable.

Dreyfoos says the test has changed his outlook.

"I'm not trying to do as much 'What do I have to do to wrap up things,'" he said. "You know, my wife and I talked about possibly making other living arrangements. And I think that's all changed. We'll just take it one day at a time."

The new test is just coming into use, costs $3,250, and is not covered by Medicare. It raises several ethical issues -- such as how the results might be used by insurance companies and employers.