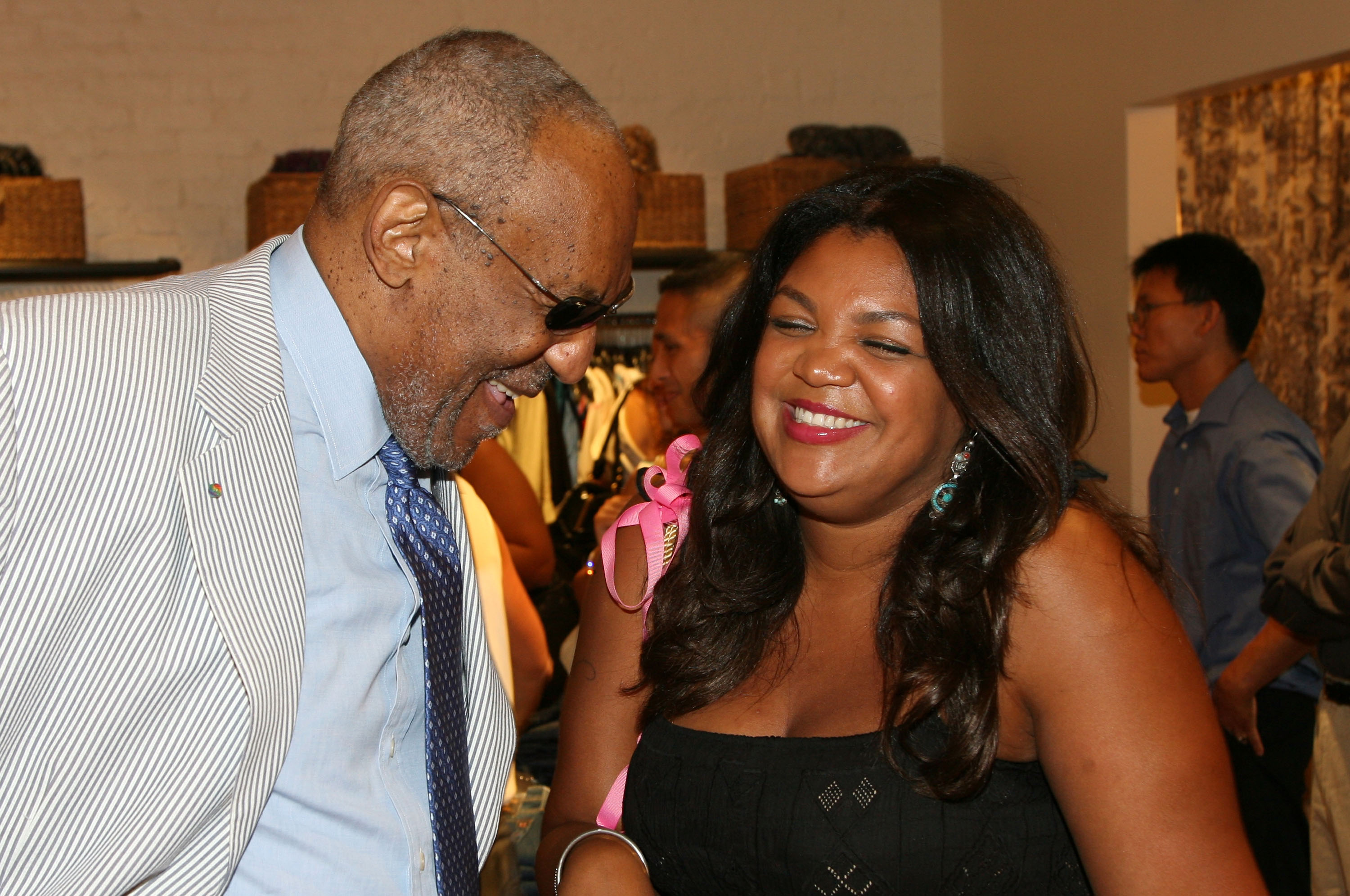 A day after Camille Cosby released a statement in defense of her embattled husband, one of the comedian's four daughters is also defending her father.

Evin Cosby, 38, says Bill Cosby "is the FATHER you thought you knew" in a statement, obtained Tuesday by "Access Hollywood." "The Cosby Show was my today's tv reality show."

She also defended her father on Facebook where she wrote, "Men and Women need to stand up and say something. There are plenty of them that have experienced being accused of a major crime that they NEVER committed."

Another post explained: "Rape is a serious allegation and it is suppose to be taken VERY seriously but so is Falsely accusing someone. When someone rapes a person they go to prison. THAT should also happen to the person that has wrongfully accused an innocent victim.They are not ONLY destroying innocent people's life they are ALSO making it hard for the MEN and Women to find justice when they have been raped."

In recent weeks, a different picture of Cosby has emerged as at least 15 women accused him of drugging and sexually assaulting them. He has never been charged in connection with the accusations. His lawyers have denied many of the allegations.

Meanwhile, Cosby's career continues to spiral. On Monday, Spelman College in Atlanta suspended its endowed professorship with the actor. Cosby's upcoming TV series got scrapped, too. And he's stepped down as a member of the board of trustees at Temple University.