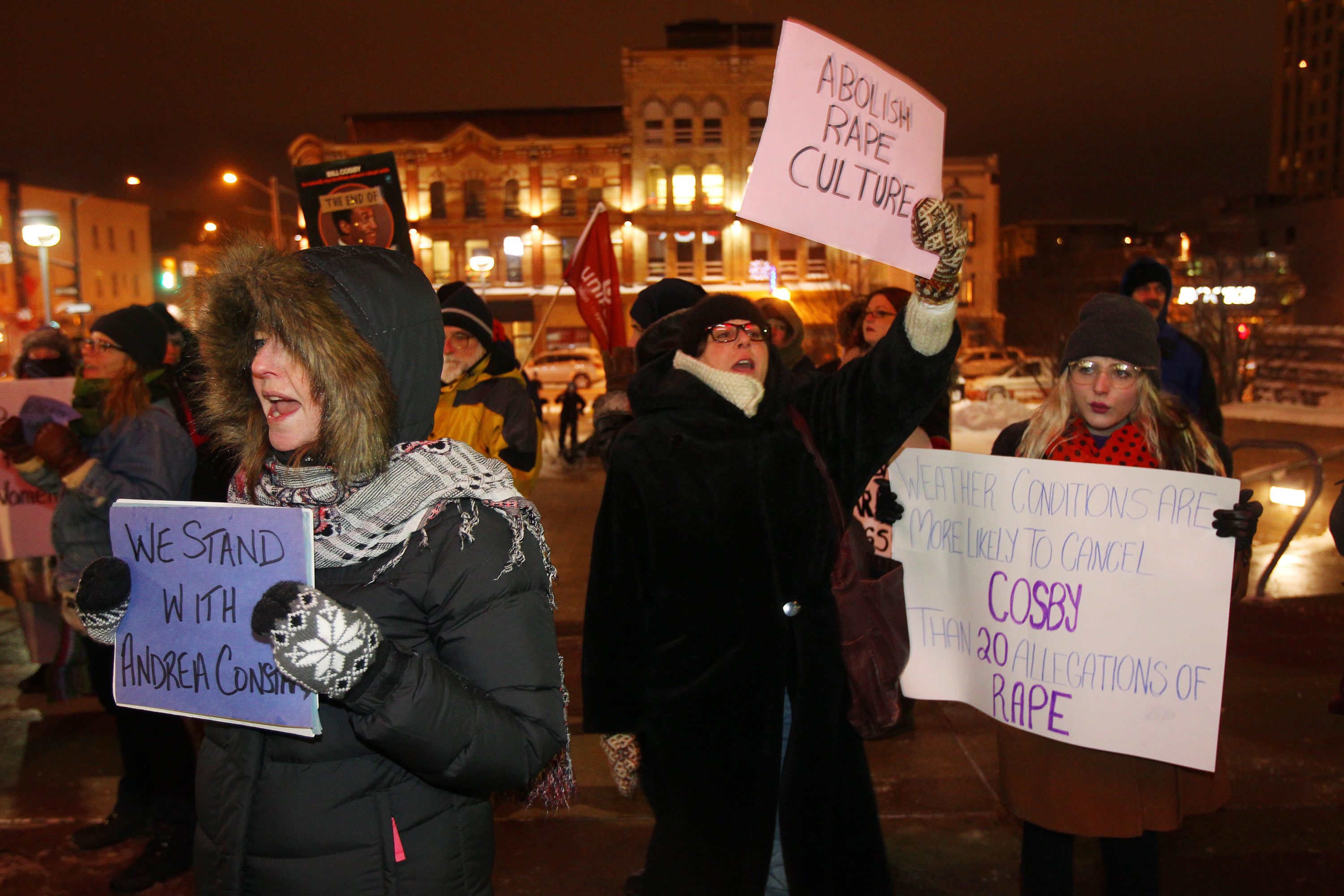 LONDON, Ontario -- Bill Cosby jokingly warned a woman in the audience during a show in Canada Thursday night to be careful drinking around him.

Cosby made the remark at his second performance in a row after a string of cancellations that followed sexual assault allegations from more than 15 women. Some of the women accused Cosby of drugging them by slipping something in their drinks before he assaulted them

A woman who got up from one of the front rows and walked past the stage was asked by Cosby where she was going. When she answered that she was going to the lobby to grab a drink Cosby responded: "You have to be careful about drinking around me." The remark was met with loud applause.

A few minutes later, a heckler yelled at Cosby that he was a rapist.

Cosby stood up as the crowd started to boo the man and asked them not to respond. "No, no, stop," he said, waving his hands.

The man was removed from the theater by a police officer while one member of the audience yelled "we love you" to Cosby.

Cosby later addressed the disruption - the first at a show since the allegations surfaced - in a statement.

"Dear Fans: One outburst but over 2600 loyal, patient and courageous fans enjoyed the most wonderful medicine that exist for human-kind. Laughter. I thank you, the theatre staff (Budweiser Gardens), the event organizers and the London, ON Community for your continued honor and support. I'm Far From Finished," Cosby said in the statement issued by his publicist following the show.

Cosby, 77, is also scheduled to appear at the Hamilton Place Theatre in Hamilton on Friday and in a number of shows throughout the U.S. over the next few months, including two shows in Denver on Jan. 17.

The comedian, who starred as Dr. Cliff Huxtable on "The Cosby Show" from 1984 to 1992, earning a reputation as "America's Dad," has never been charged in connection with any of the sexual assault allegations. A 2005 lawsuit by a Pennsylvania woman was settled before it went to trial, and he is being sued by a woman who claims he molested her in 1974 and by three other women who allege they were defamed by the comedian when his representatives denied some of the allegations.