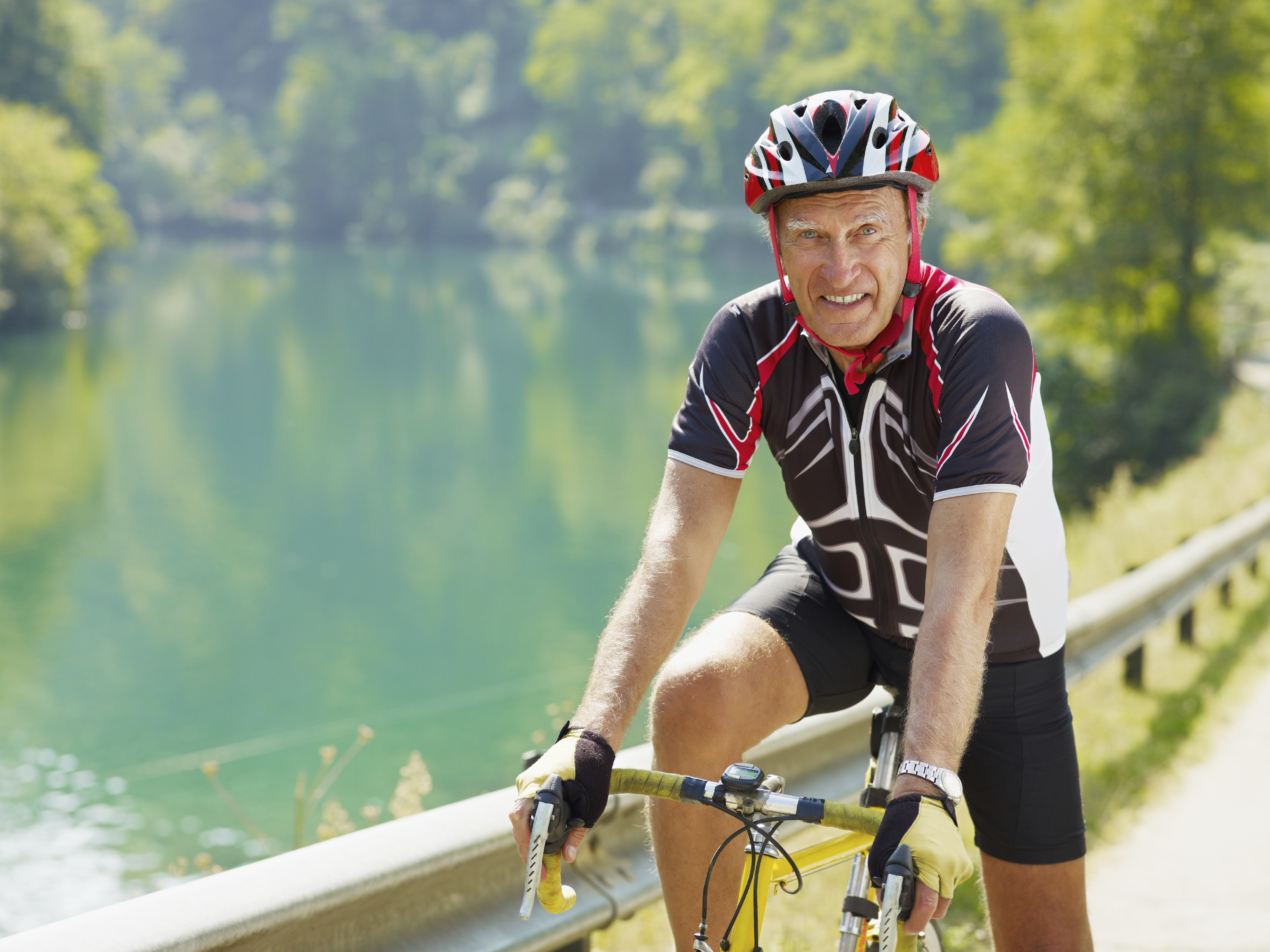 It sounds like a fun way to exercise while going easy on aging joints. But new research shows that bicycling may be more risky for older Americans than thought.

Injuries among older bicyclists have jumped dramatically in recent years, investigators from the University of California, San Francisco (UCSF), found. And they aren't talking about minor scrapes and bruises.

Between 1998 and 2013, bike injuries among all adults over the age of 18 increased 28 percent, while hospital admissions jumped 120 percent. Head traumas went from 10 percent to 16 percent of all injuries in the same period, the report found.

"The rise in cycling in adults over 45 appears to be driving both the increase in injuries and [hospital] admissions, suggesting that older individuals are at increased risk for sustaining severe injury while cycling," said lead researcher Dr. Benjamin Breyer, an associate professor of urology at UCSF.

"As cyclists in the U.S. shift to an older demographic, greater attention is needed in injury prevention measures through improved infrastructure, such as bike lanes, use of personal protective equipment, such as helmets, as well as improved rider and motorist education," Breyer said.

The report was published Sept. 1 in the Journal of the American Medical Association.

Jason Vargo, an assistant scientist at the Nelson Institute for Environmental Studies and Global Health Institute at the University of Wisconsin-Madison, said this latest study adds important data to the discussion of bicycle safety.

In his own study, published last month in the U.S. Centers for Disease Control and Prevention's Morbidity and Mortality Weekly Report, Vargo found that the increase in adult ridership had shifted the number of fatal cycling accidents from kids to adults.

More cyclists in cities are competing for the road with automobiles, adding to the increase in accidents, he said.

Inexperienced older riders may also be placing themselves at higher risk for injury, Vargo said. "These are weekend warriors," he added.

"In addition, streets should be built with consideration for all modes of transportation," he said.

"There may come a tipping point when accidents are reduced once drivers become more used to cyclists and cyclists follow the rules more closely," Vargo added.

For the new bicycling study, Breyer and his colleagues used data from the U.S. National Electronic Injury Surveillance System, a national sample of some 100 emergency departments that gather injury data. The number of bicycle-related injuries in those 18 or older was recorded every two years.

"Bicycles are no longer children's toys," Breyer said. "Bikes are increasingly being used by adults as a means of transportation and physical activity."