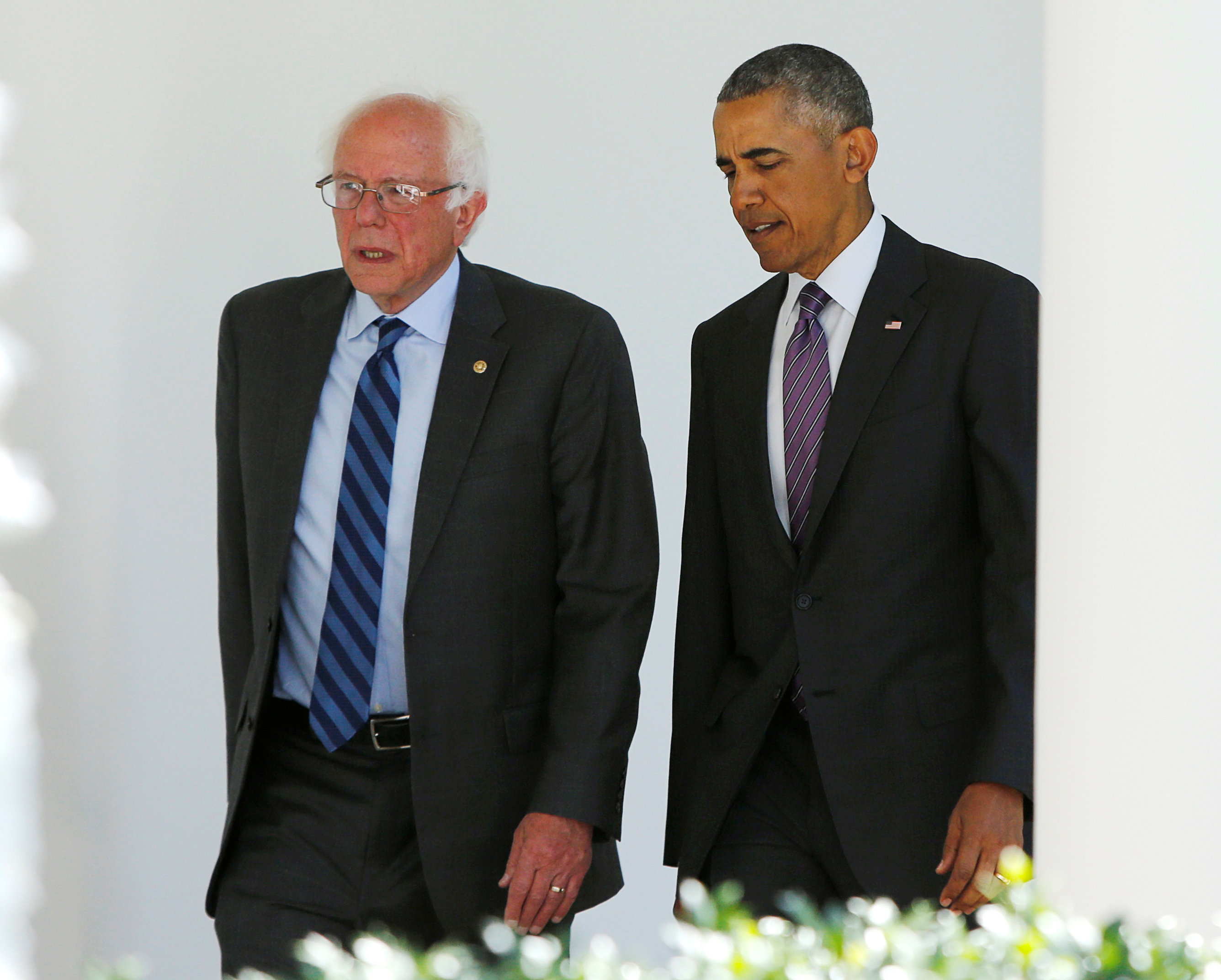 Just days after Hillary Clinton clinched the Democratic nomination, President Obama met with her primary rival Bernie Sanders at the White House to discuss the future of the party and unification efforts.

Hours later, the president gave his endorsement to Clinton in a video message. The video was taped on Tuesday, before the day's primary results came in, according to a person familiar with the matter. It was set for release after Thursday's meeting between Sanders and Mr. Obama.

The president had told Sanders he would be endorsing Clinton in a phone call Sunday. Sanders requested that he not make his endorsement known until after their meeting.

During Thursday's meeting the two talked about moving forward, how Sanders can keep engaging his voters and supporters and keep his policy issues in the spotlight. The president recognized the important role Sanders could play by building on his grassroots support and keeping up the energy within the party.

The president further talked about 2008 and his own primary campaign experience and noted that he was grateful Clinton ultimately supported his candidacy. There was not, however, a specific request that Sanders get his supporters to embrace Clinton - rather it was framed as keeping the grassroots engaged in the Democratic process and party, up and down the ticket.

After Thursday's closed-door gathering, the Vermont senator spoke to reporters about his plans to stay in the race through next week.

"I will of course be competing in the D.C. primary which will be held next Tuesday," the Vermont senator said, emphasizing that he is "strongly in favor of D.C. statehood." He pointed out that his home state has about the same number of residents, but has full representation--two senators and a representative with full congressional voting rights.

But he made it clear he intends to work with Clinton, the presumptive Democratic nominee, to defeat Donald Trump, whom he sharply criticized for his inflammatory campaign trail comments.

"It is unbelievable to me," Sanders said, "that the Republican party would have a candidate for president who in the year 2016 makes bigotry and discrimination the cornerstone of his campaign."

Sanders also told reporters that he has personally congratulated Clinton, now the presumptive Democratic nominee, on "her very strong campaign."

"I look forward to meeting with her in the near future to see how we can work together," he said.

Sanders said he would continue to fight for changes to the Democratic party platform until the national convention in July, with a particular focus on income inequality, expanding Social Security, childhood poverty, and alleviating college debt.

He thanked the president and vice president for their "impartiality" and not putting their thumbs "on the scales."

The meeting comes just as Sanders faces rising pressure from party leaders to exit the race and bring the party together, including from President Obama himself.

In an interview with the NBC's "Tonight Show," the president praised Sanders' for a vibrant campaign but expressed his desire to see the Vermont senator unite behind Clinton.

"It was a healthy thing for the Democratic party to have a contested primary. And I thought Bernie Sanders brought enormous energy and his new ideas and he pushed the party and challenged them. I thought it made Hillary a better candidate," Mr. Obama said Wednesday during the show's taping. ''My hope is that over the next couple of weeks we're able to pull things together."

But while Sanders trails by nearly 1,000 delegates, he still maintains some leverage -- he has something the party very much wants: the 12 million people who cast a vote for him and a donor base rivaled only by President Obama.

Sanders will also be meeting with Senate Minority Leader Harry Reid Thursday. In a separate gathering, Sanders will head back to the White House to meet with Vice President Joe Biden. The Vermont senator plans to hold a rally outside a Washington, D.C. sports stadium later in the evening.