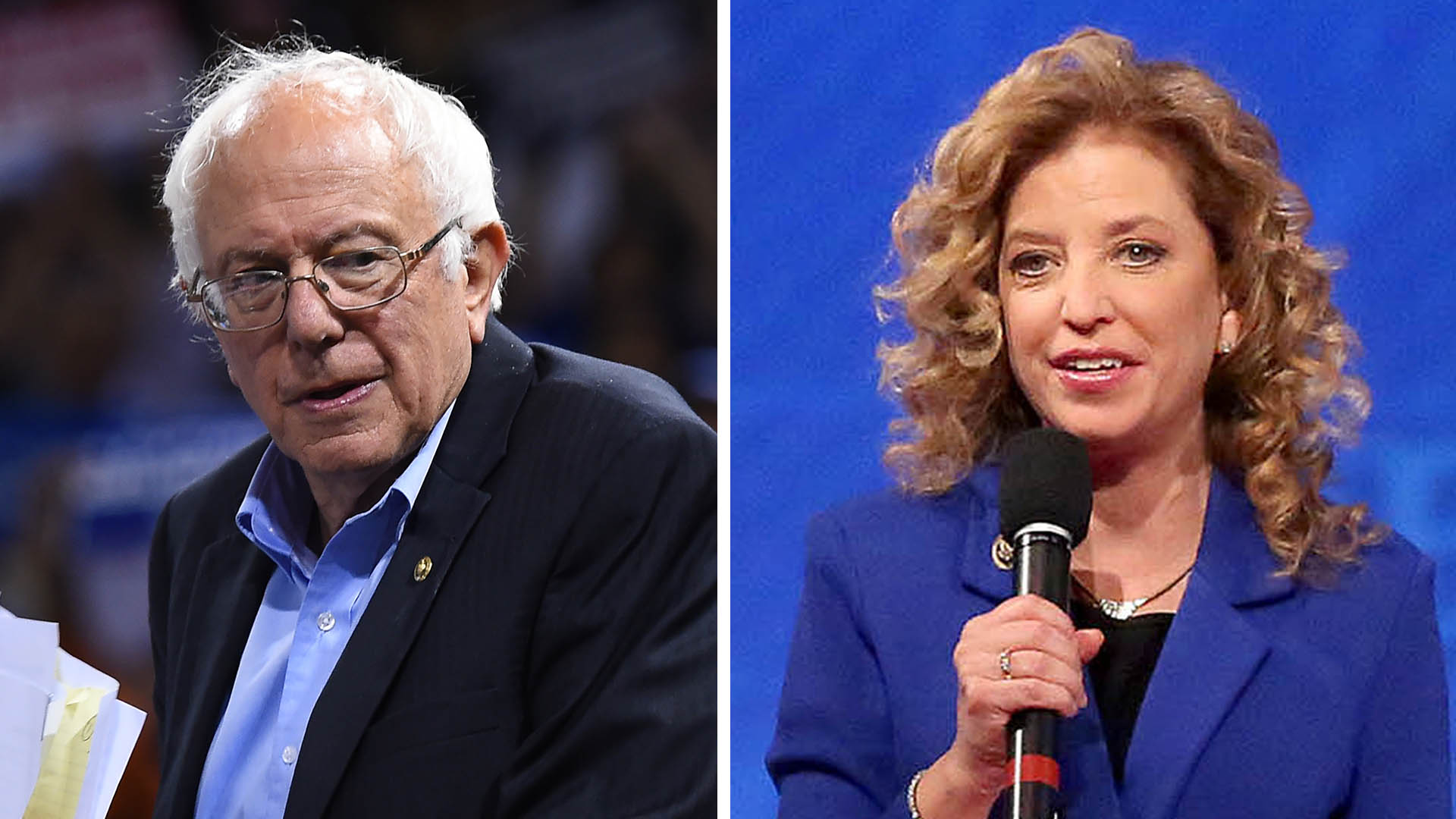 Bernie Sanders declared his support Saturday for the primary challenger to Florida Rep. Debbie Wasserman Schultz, who currently serves as the chair of the Democratic National Committee (DNC).

"Clearly, I favor her opponent," Sanders told CNN in a pre-taped interview set to air in full Sunday. "His views are much closer to mine than as to Wasserman Schultz's."

The Vermont senator added: "In all due respect to the current chairperson, if elected president, she would not be reappointed to be chair of the DNC."

Wasserman Schultz's primary opponent for her Congressional seat is Tim Canova, a law professor at Nova Southeastern University Shepard Broad College of Law whose platform focuses on reining in Wall Street and political corruption. He was once chosen by Sanders to serve on an advisory committee for the senator's Federal Reserve reform efforts. Canova has said he backs Sanders in the Democratic primary race.

Sanders' comments come just as the already-strained relationship between his campaign and the DNC chair continue to worsen.

The Vermont senator has previously charged the national party of conducting a "rigged" primary system set to favor front-runner Hillary Clinton. And last weekend during the Democratic state convention in Nevada, tensions reached a boiling point when Sanders supporters threw chairs and heckled top Democratic officials because of the party's perceived bias against their candidate.

Wasserman Schultz publicly pressured Sanders to rebuke his backers' behavior -- a move Sanders did not take kindly to.

He fired back in a statement: "At that convention the Democratic leadership used its power to prevent a fair and transparent process from taking place."

On Saturday, Wasserman Schultz responded to Sanders' endorsement of her rival with a claim that she would not take sides in the Democratic primary race.

"Even though Sen. Sanders has endorsed my opponent, I remain, as I have been from the beginning, neutral in the presidential Democratic primary," she told CNN. "I look forward to working together with him for Democratic victories in the fall."