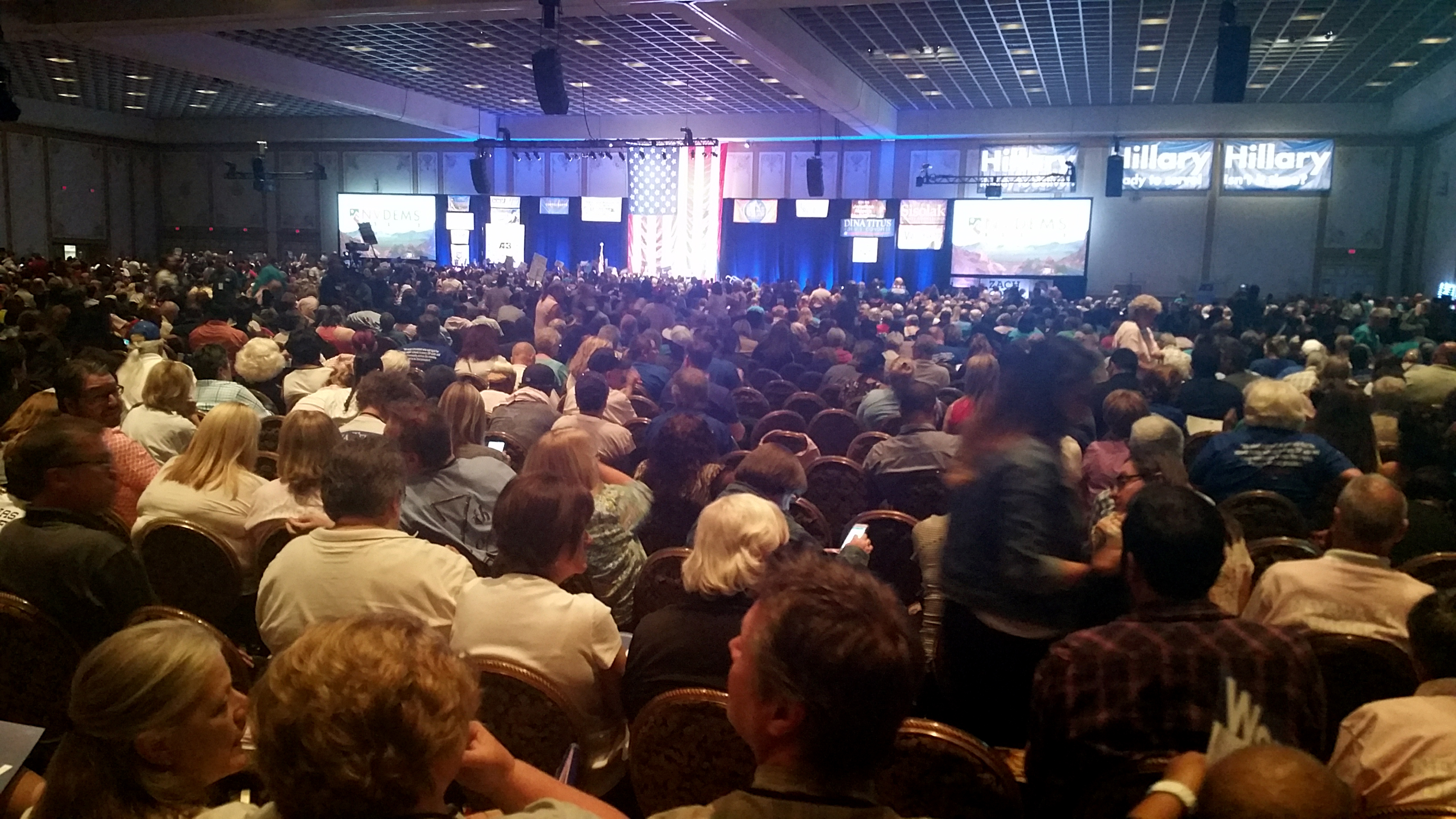 LAS VEGAS -- The Nevada Democratic Convention turned into an unruly and unpredictable event, after tension with organizers led to some Bernie Sanders supporters throwing chairs and to security clearing the room, organizers said.

Friction between Bernie Sanders' supporters and state Democratic Party leaders had flared throughout the day on Saturday. The convention was scheduled to end by 7 p.m. and when it hadn't wrapped up by 10 p.m., authorities at the Paris Las Vegas casino informed party organizers they could no longer provide the security necessary to handle the crowd.

Sanders national communications director Michael Briggs didn't have immediate comment on the events in Nevada when reached by phone on Sunday morning.

The hostilities began when Sanders supporters accused state party leaders of putting them at a disadvantage, and they objected to procedural votes to approve the rules of the event on Saturday. They also questioned a credentials committee's disqualification of 58 would-be Sanders delegates. State party officials said the would-be delegates didn't provide acceptable identification and did not meet the May 1 deadline to register as Democrats.

State party officials said some Clinton-supporting delegates were ruled ineligible too, although in lower numbers.

Clinton has a five-delegate advantage over Sanders in Nevada, 20 to his 15, and is expected to win a majority of the state's eight unpledged superdelegates - party officials who can vote for the candidate they choose. Going into Tuesday's primaries in Kentucky and Oregon, Clinton has 1,716 pledged delegates from primaries and caucuses, compared with 1,433 for Sanders.

Sanders tried to tamp down the tensions roiling even before the convention. He issued a statement on Friday, reminding supporters that all Democrats shared the common goals of defeating Donald Trump and electing Democrats to office.

"Working together respectfully and constructively on Saturday at the Nevada Democratic convention will move us closer to those essential goals," he said.