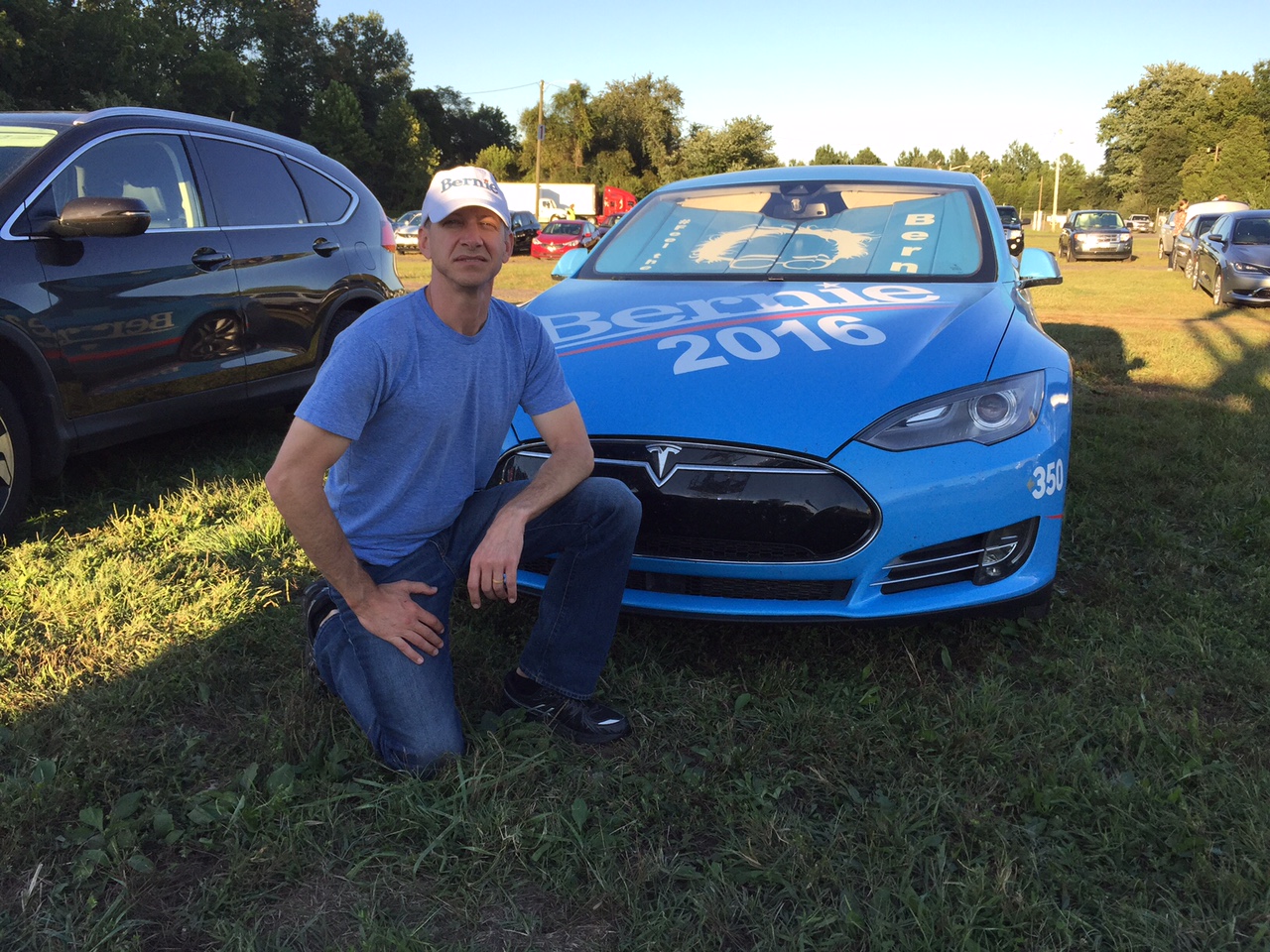 MANASSAS, Virginia -- If you see Paul Sasso on the road, you might love him or you might hate him.

"We're about 5-to-1 for thumbs up to middle fingers," said Sasso, standing next to his Tesla Model S at the Prince William County Fairgrounds in Manassas on Monday. "We're doing pretty good."

Sasso's car is wrapped, racing style, in Bernie-Sanders-baby-blue, the color of the the Democratic presidential candidate's campaign t-shirts, and emblazoned with the words: "Bernie 2016."

Sasso started driving the "Bern Machine" at the beginning of the month in San Diego, where he lives with his family and where he and his wife collaborated on the car's design, which cost Sasso about $3,500. It's been to Las Vegas, Salt Lake City and all along the northern route of charging stations across the country through New York to Virginia, where Sanders was campaigning Monday. It's all in the name of photos, dollars and votes for Sanders.

For every photo of Sasso's car posted on social media and tagged #BernMachineChallenge, Sasso has promised to donate $1 to Sanders' campaign.

So far, he says about 150 people have posted photos of his car online.

"They may not even know who Bernie is, but look at this awesome car," he said, "and then people ask, who's Bernie? You got to get the name out there."

Sander's name recognition is rising. A new CBS News Battleground Tracker poll in Iowa and New Hampshire showed him 10 points and 20 points ahead of Hillary Clinton in the two states, respectively, and Sanders' campaign has consistently said they believe those numbers will only go up as Sanders continues to campaign.

Sasso, who is trained as an architect but decided to get an art degree after his closing his business hit hard by the recession, named raising the minimum wage, reining in Wall Street, reforming the tax code and fighting climate change at the top of his concerns for this election. He believes that Sanders is electable.

"It's going to take everybody who likes Bernie really doing all they can," he said. "This is me doing all I can."

Sasso plans to drive the car to Washington, D.C. next for a rally for more debate outside the Democratic National Committee headquarters on Wednesday and then to New York for Sanders' taping of the "Late Show with Stephen Colbert."