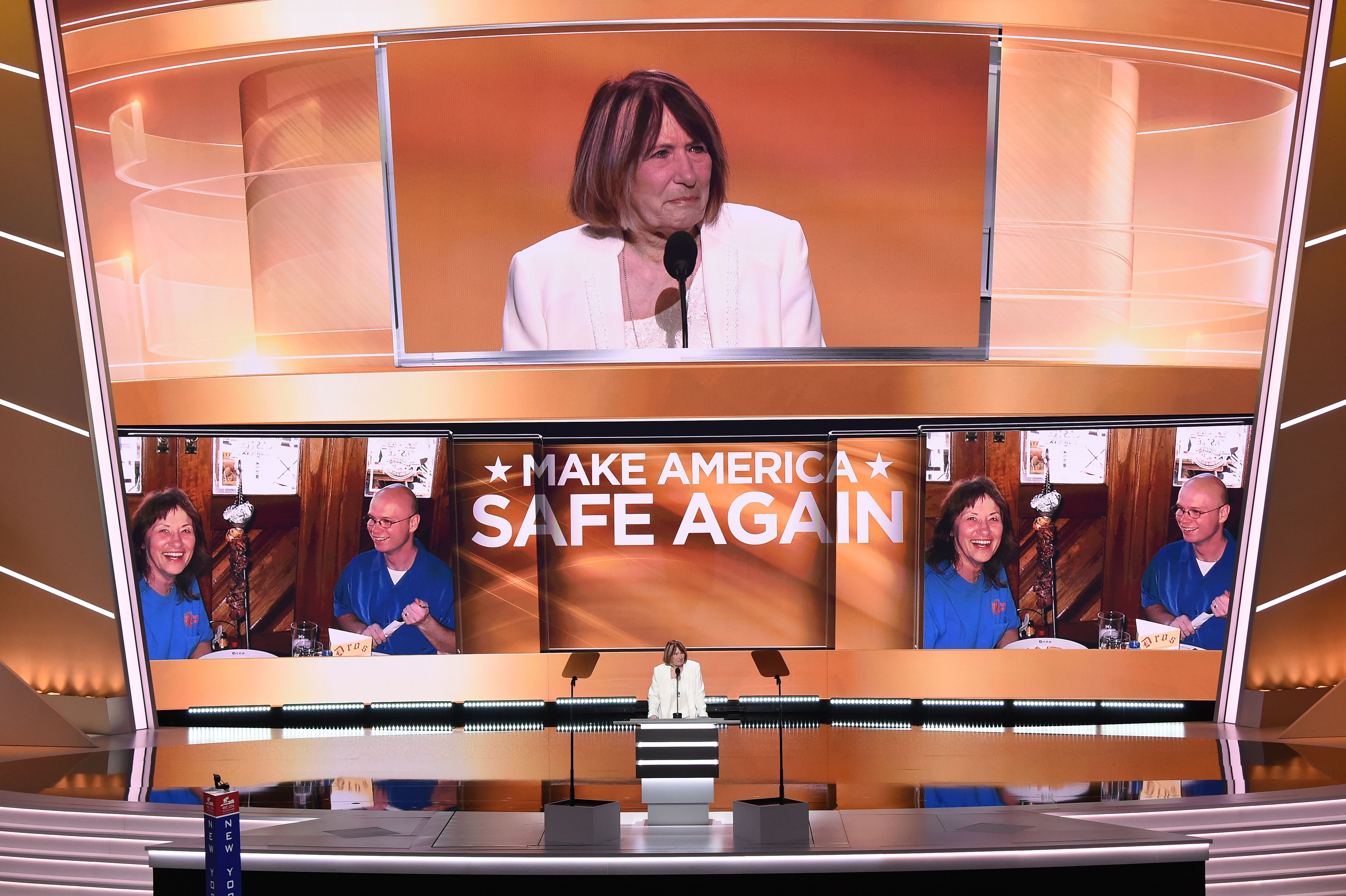 Pat Smith -- the mother of State Department official Sean Smith killed in the 2012 attack in Benghazi -- gave a rousing speech that brought the audience to tears at the Republican National Convention in Cleveland on Monday.

In the speech, Smith blamed Hillary Clinton for her son's death.

"I blame Hillary Clinton personally for the death of my son," she said. "If Hilary Clinton can't give us the truth, why should we give her the presidency."

To see the entire emotional speech, watch the video above.