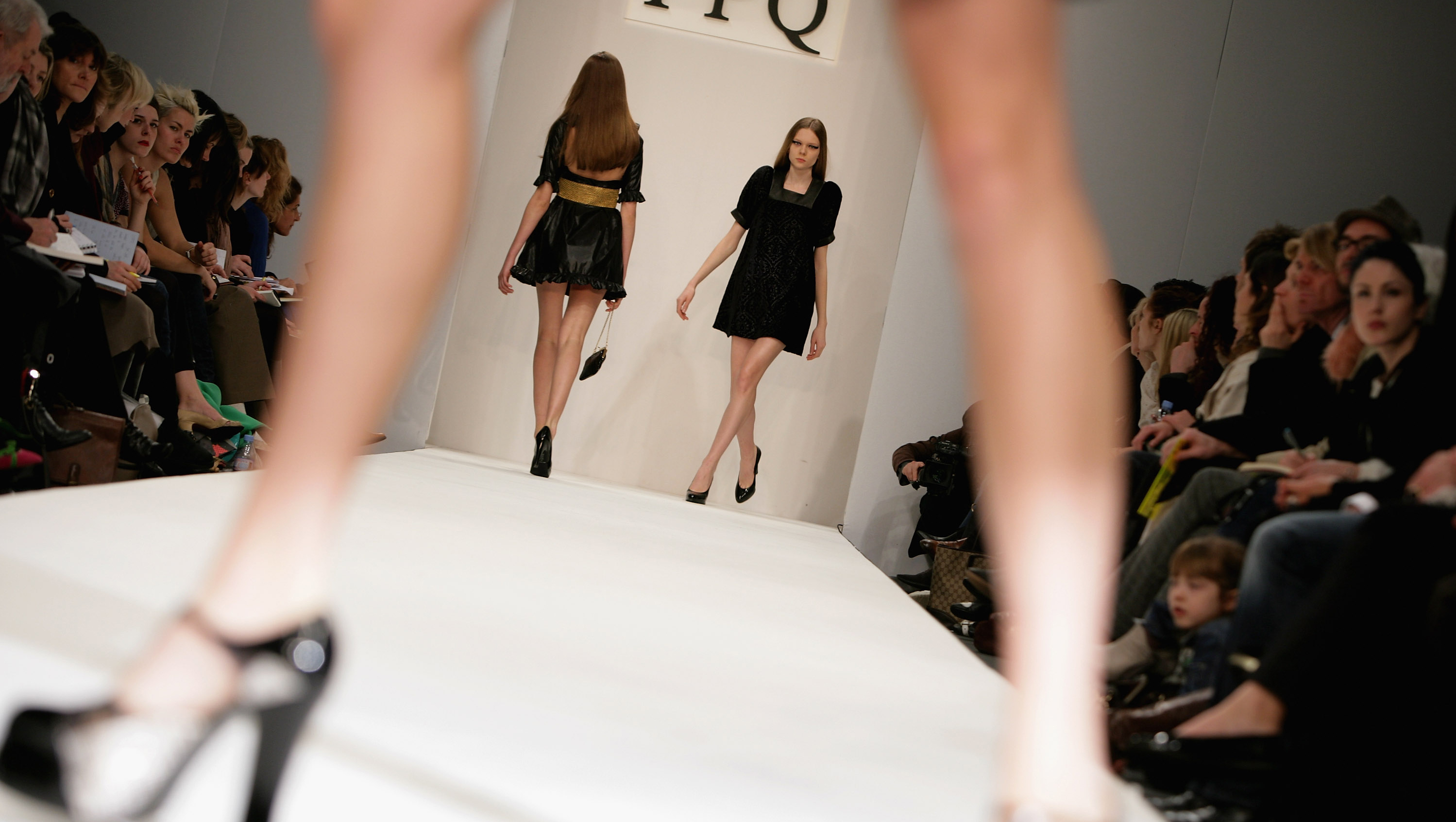 PARIS -- France's Parliament has moved to make it a crime to use anorexic models or encourage anorexia, as authorities try to crack down on the glorification of dangerously thin women.

Other countries including Israel and Spain have taken similar action. The French measure would only apply within France, but could have symbolic impact beyond, because of the country's outsized influence in setting style and image trends around the world.

The lower house of Parliament adopted the amendment on models Friday, as part of a larger public health bill working its way through the legislature. The bill goes to a full vote next week, and then goes to the Senate.

The amendment forbids anyone with a body mass index below a certain level from earning money as a model. The level - based on height and weight - has not yet been defined.

Any modeling agency or person who pays a model below that index would face up to six months in prison and 75,000 euros in fines if convicted.

Lawmakers adopted a related amendment earlier this week targeting those who run pro-anorexia websites, and another that would require publications to publish a note telling readers when they have altered a picture to make a model look thinner - or less anorexic.

Similar anti-anorexia measures in 2008 failed to get final approval in the French legislature, and this effort has also met resistance, including from health professionals who fear it will further stigmatize anorexic youth and make it harder to diagnose and treat them.

An estimated up to 40,000 people have anorexia in France, 90 percent of them women, according to the health ministry.

In 2007, Spain banned models from the catwalks whose body mass-to-height ratio (known as the body-mass index, or BMI) was below 18. In Israel, a law in 2013 banned underweight models. A number of fashion events around the world have also taken voluntary steps to avoid use of overly skinny models.

Concerns about anorexia in the modeling industry gained widespread attention in 2010 with the death of French model Isabelle Caro at the age of 28. Caro had spoken publicly about her struggle with the eating disorder, which began at the age of 13. In an interview on the VH1 show "The Price of Beauty" shortly before her death, Caro said a fashion designer once told her she had to lose weight to be a model -- even though she only weighed 86 pounds at the time.