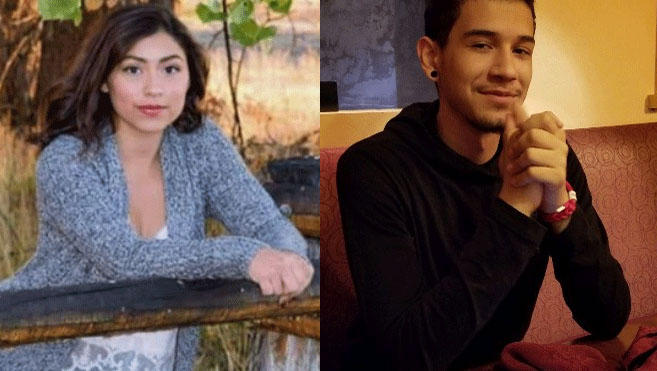 According to their GoFundMe pages, Casey, a cheerleader, was 17 and Paco was a junior at Aztec.

Police have not yet identified the shooter, who also died, except to say that he was a man. It wasn't clear whether the gunman took his own life or was killed by police. Officials would not say whether or not he was a student nor did they discuss a possible motive in the shooting.

One student described the sounds of gunfire getting closer to her classroom.

Dills said when it was safe to leave the room, someone was dead on the ground right outside her classroom. She told the station that she tried to avoid looking closely.

According to the station the shooting took place during first period.

Junior Kierian Stock told KRQE that she was "terrified" during the shooting and worried she'd never see her family again.

"We all started freaking out and then we said a prayer and while we were saying the prayer we heard three gunshots," she said,

At a news conference Governor Susana Martinez acknowledged the bravery of people inside the school during the incident.

"There were several acts of bravery by staff members, teachers and students that were amazing… that actually saved lives," Governor Martinez said.

Martinez also said  the Public Education Department will be making $120,000 available to help with response in coming days for counselors and security.