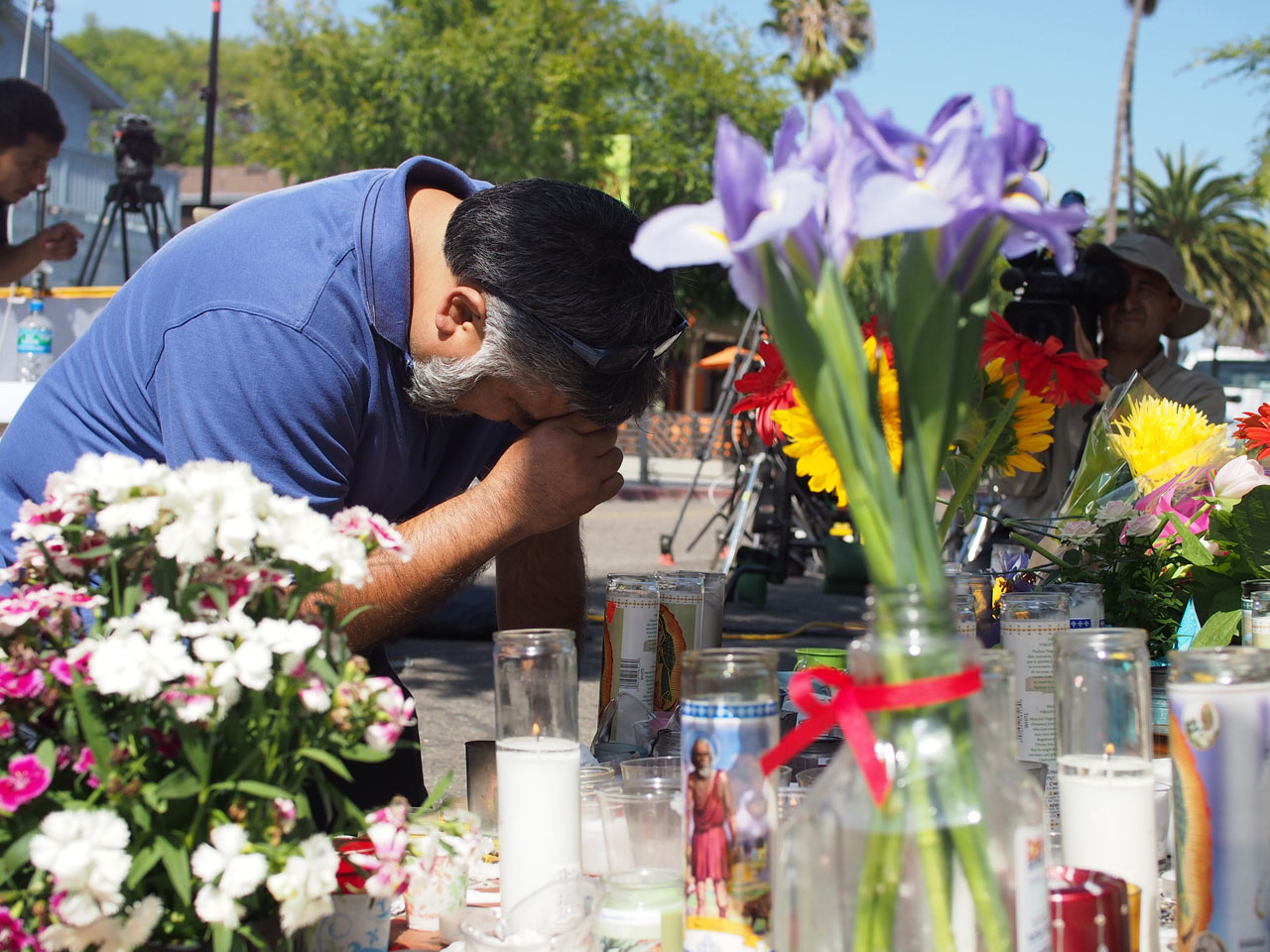 All were young loners with no criminal history who went on shooting sprees, leaving devastated families in their wake. And those are just the most prominent examples since 2012, excluding the earlier stories of Tucson shooter Jared Loughner and, most infamously, the Columbine massacre perpetrators, Eric Harris and Dylan Klebold.

Mass murderers tend to have a history of pent-up frustration and failures, are socially isolated and vengeful, blaming others for their unhappiness, experts say.

"They all display deluded thinking and a lot of rage about feeling so marginalized," James Garbarino, a professor of psychology at Loyola University Chicago, said in an email.

Since mass killings are rare, scholars say there's no way to predict who has deadly intentions, let alone who will reach a breaking point and take action.

Past violence is a clue, as was the case with Washington Navy Yard shooter Aaron Alexis, but in Rodger's case, police did not see him as a threat to himself or others during a welfare check weeks before Friday night's rampage near the University of California, Santa Barbara that left six victims dead and 13 injured.

Rodger died of an apparent self-inflicted gunshot wound to the head after a shootout with deputies, ending a night of terror in this tight-knit seaside campus community as the semester drew to a close.

Pinpointing a mass killer "is not an exact science. We don't have a foolproof way of predicting" who will turn violent, said Risdon Slate, a professor of criminology at Florida Southern College.

Before Rodger stabbed three male UCSB students in his apartment and cruised around in his black BMW firing at sorority girls and strangers, he left a trail of YouTube videos and a 137-page manifesto ranting against women and couples and lamenting his lack of a sex life.

In his postings, Rodger, a 22-year-old community college student and son of a Hollywood director, said he was a lonely and frustrated virgin.

In July 2012, 24-year-old Holmes opened fire at a midnight screening of a Batman film, killing a dozen moviegoers. Like Rodger, he too had seen mental health professionals before his rampage. Five months later, 20-year-old Lanza shot 20 first-graders and six educators at Sandy Hook Elementary School in Connecticut.

Dr. E. Fuller Torrey, a leading expert on severe mental illness, told "60 Minutes" in 2013 that many mass killings turn out to be committed by mentally ill people who were not receiving treatment. "About half of these mass killings are being done by people with severe mental illness, mostly schizophrenia. And if they were being treated, they would've been preventable," he said.

Experts who study mass murderers say the vast majority of lonely and angry people don't commit violence, which makes it difficult to know who will snap.

"We can point to all the warning signs we missed. But they're yellow flags. They're not red flags until blood is spilled," said James Alan Fox, a criminal justice professor at Northeastern University who has written several books on mass murders.

Before the killings, Rodger's mother became alarmed about bizarre videos he posted and alerted authorities in April.

Santa Barbara County Sheriff Bill Brown told CBS' "Face the Nation" that when deputies visited his home, Rodger was polite and "timid," and he told "a very convincing story" to the deputies to make them believe he wasn't going to hurt himself or someone else. Additionally, he didn't meet the criteria that would have allowed them to take him into custody under California law.

In Rodger's case, while a number of clues about his mental health have come to light, many questions remain.

Information gleaned from his manifesto indicates his family made numerous attempts to get him treatment for symptoms of psychiatric illness, but Rodger was resistant. He said he was prescribed an antispychotic drug called Risperidone but refused to take it.

He wrote: "My Psychiatrist ... Dr. Sophy ended up giving me the same useless advice that every other psychiatrist, psychologist, and counsellor had given me in the past. I don't know why my parents wasted money on therapy, as it will never help me in my struggle against such a cruel and unjust world. The doctor ended up dismissing it by prescribing me a controversial medication, Risperidone. After researching this medication, I found that it was the absolute wrong thing for me to take. I refused to take it, and I never saw Dr. Sophy again after that."

"At a Christmas party, I went out to get air and there he was standing alone. I apologized for disturbing his peace, and he said it was all right. I asked, 'How are you doing?' He said, 'I find things difficult.' I walked away thinking that he was very sad lonely boy," Astaire told The Associated Press.

In his writings, Rodger said he had seen several therapists throughout his life, but it's unclear what he had been diagnosed with or treated for.

Experts say people with mental illness generally are not more violent than the rest of the population. A rare exception was Jared Loughner, who fatally shot six people in Arizona in 2011 in an attack that gravely injured Rep. Gabrielle Giffords. After his arrest, Loughner was diagnosed with schizophrenia.

On Sunday, several security guards stood watch outside the apartment building where Rodger lived. Memorials sprung up there, outside the sorority house where two coeds were shot nearby and at a deli where a male student was shot.

The university planned a memorial Tuesday afternoon at Harder Stadium on the 21,685-student campus to mourn and remember the six who were killed. The day's classes were canceled.

Garrett Schneider, a 22-year-old student studying physical anthropology and linguistics, was touched by the tragedy, but he said he won't view fellow students with more suspicion because of it.

"I figure people like this are far and few between," he said. "If you read his writing and look at his videos, it's obvious that he's far out there."