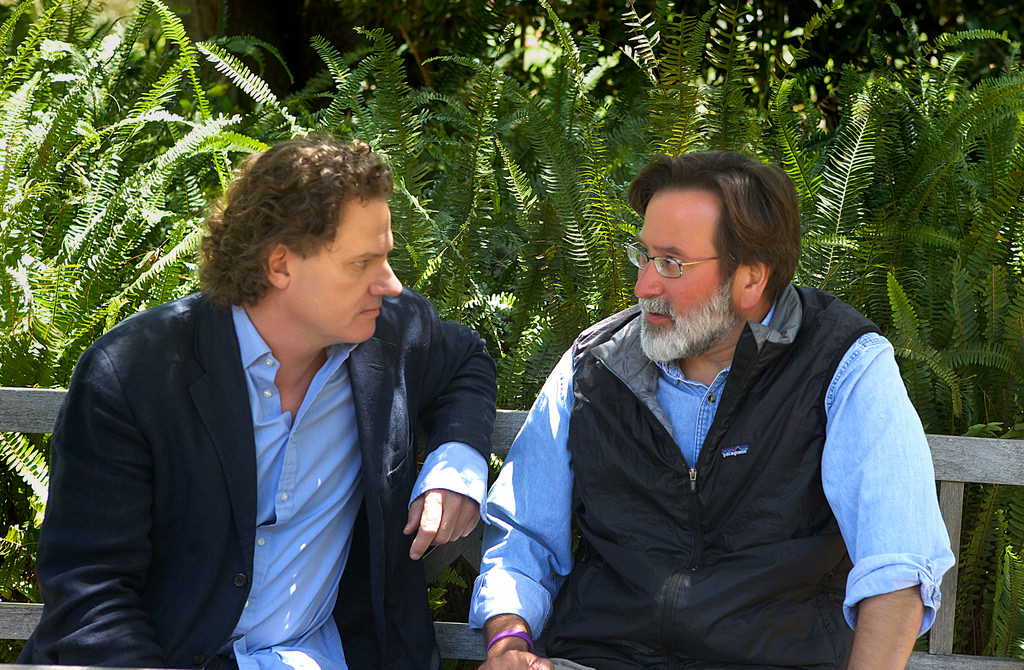 Photos of the meeting between the father of a college student who was gunned down in the May 23 mass killings near the University of California, Santa Barbara and the father of the gunman were released on Monday.

The photos were taken on June 1, 2014 in Santa Barbara, according to a press release.

Earlier this month, Richard Martinez told KEYT-TV he met Peter Rodger, the father of 22-year-old Elliot Rodger, at a Santa Barbara coffee shop. He wouldn't discuss details of what he called a "private conversation between grieving fathers," but said they reached common ground.

"We plan to work together so other families such as ours will not suffer as ours have," Martinez told the station.

Martinez has been an outspoken critic of the nation's gun laws since his 20-year-old son, Christopher Michaels-Martinez, was shot in the rampage that left five other UC San Barbara students dead. Police believe the killer took his own life after crashing his car as officers moved in.

Elliot Rodger's parents issued a statement the morning after the killings that they were "staunchly against guns" and support gun-control laws.

They said in another statement earlier this month that it had been "hell on earth" knowing their son's actions led to tragedy.

"We are crying out in pain for the victims and their families. It breaks our hearts on a level that we didn't think was possible," Peter and Chin Rodger said in the statement. "It is now our responsibility to do everything we can to help avoid this happening to any other family."