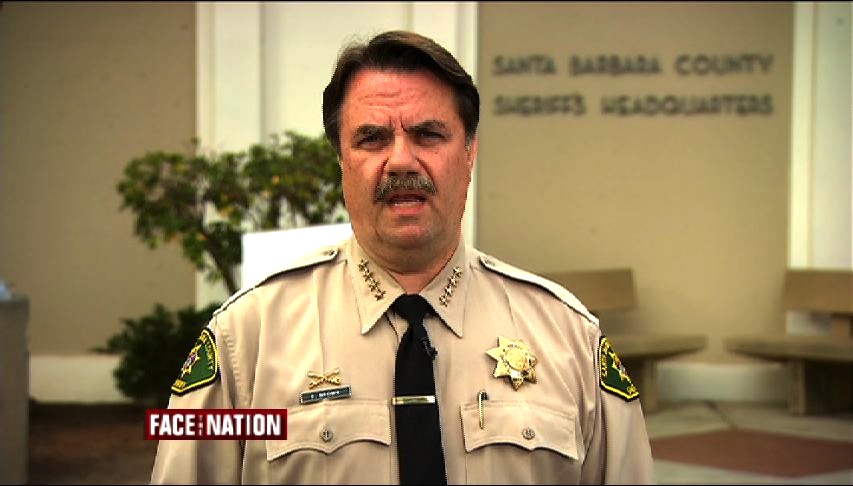 Santa Barbara County Sheriff Bill Brown said Sunday that 22-year-old Elliot Rodger, identified as the gunman who went on a shooting and stabbing rampage near a Santa Barbara university this weekend, had been able to "fly under the radar" and conceal a history of mental instability for a long time.

Deputies from Brown's department first interacted with Rodger in April after a relative expressed concern about his well-being. Rodger told "a very convincing story" to the deputies to make him believe he wasn't going to hurt himself or someone else, and he didn't meet the criteria for further intervention at that point, Brown said in an interview on CBS' "Face the Nation."

"Obviously, looking back on this, it's a very tragic situation, and we certainly wish that we could turn the clock back and maybe change some things," Brown said. "It's very apparent that he was able to convince many people for many years that he didn't have this deep, underlying obvious mental illness that also manifested itself in this terrible tragedy."

Although Rodger's family contacted authorities after becoming alarmed by online videos in which the young man threatened to commit violence, sheriff's deputies never saw those videos.

The sheriff's office "was not aware of any videos until after the shooting rampage occurred," Santa Barbara County Sheriff's Office spokeswoman Kelly Hoover told The Associated Press.

Rodger is believed to have stabbed three men to death in his apartment Friday evening before going on a shooting spree through Goleta, Calif., hours after making an Internet video in which he promised to attack those who lived a life better than his own. In particular, he seemed to target women who had rejected him his whole life.

As Rodger drove around the city in his black BMW, he killed three more people and injured 13 others with a gun or his car.

Brown said Sunday that two victims are still in serious condition but the rest are in good or fair condition, or have been treated and released from the hospital.

Asked by CBS News' Major Garrett about Rodger's ability to purchase weapons, Brown said he wasn't sure deputies had checked whether Rodger had purchased any weapons. All three handguns were purchased legally in the year before the rampage.

"During the course of his interaction with mental health professionals, he apparently had never been either institutionalized or committed for an involuntarily hold of any kind. And those are the two triggers that actually would have made him a prohibited person in terms of a fire arms purchase. So he was able, sadly, to obtain those three firearms," Brown said.