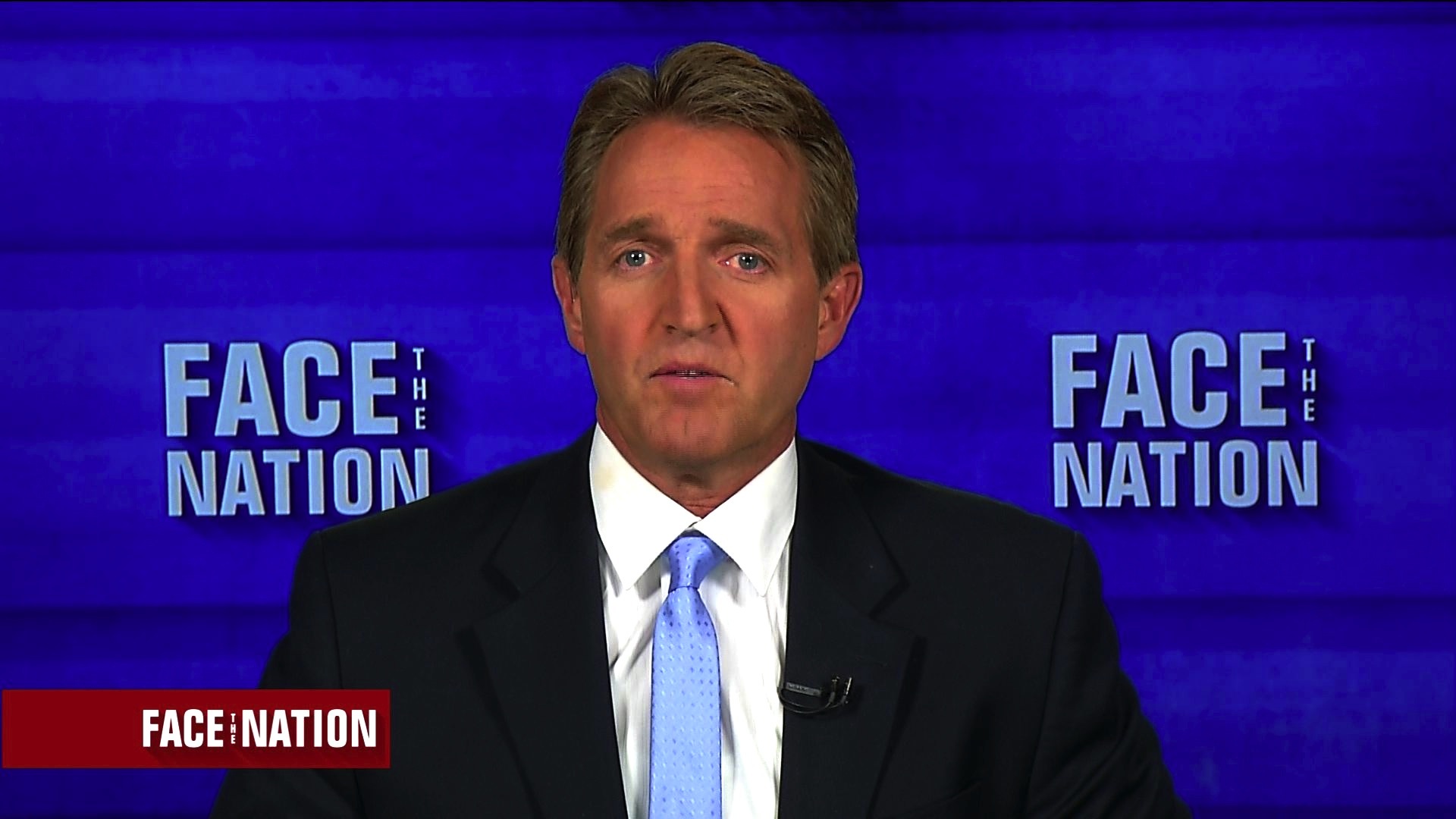 Could Hillary Clinton win Arizona in November? With fewer than 100 days left until Election Day, Arizona Republican Sen. Jeff Flake said that with Donald Trump at the top of the Republican ticket, there's certainly a chance.

"Bill Clinton won Arizona [in 1996] so yes, it is possible," he said on CBS' "Face the Nation." "The Hispanic population here is about 33 percent, the voting population among Hispanics isn't quite as large but it is growing."

Flake also pointed to the "increased urgency" among Hispanic voters with Trump in the race, noting that if Hispanic turnout is higher that will completely change the calculus in this typically red state.

"If they do, then it will be a changed ballgame here," he said. "We in Arizona realize that we've got to have meaningful immigration reform, you can't just throw platitudes out there abut a wall or Mexico paying for it."

Flake has been publicly critical of Trump on a number of issues, especially his statements about Hispanic immigrants. As of now, Flake said he hopes to be able to support Trump but that he still hasn't seen the change he thinks is necessary--both in "tone and tenor," and on policy issues like immigration, NATO and trade.

"I'm still not ready to support Donald Trump," he said.

The Arizona politician added that it will be nearly impossible for Trump to get the roughly 65 million votes he'd need to win the general election in November if he doesn't stop offending various segments of the population.

"I would argue that he simply can't get there. You can't go on and get 65 million votes -- he's only received about 14 million votes in the primaries so far," Flake said. "To get from 14 to 65 or so, you've got to take more responsible positions with regard to policy and you also have to change the tone and tenor."

"He has to change if he's going to win that election and we're going to get the policy that we need in the White House," he added.

Flake met privately with Trump's running mate, Indiana Gov. Mike Pence, when Pence was in Arizona for a campaign event last week, and said he has great "respect" for Pence but that his pitch for supporting Trump wasn't enough to bring him on board.

"That Donald Trump is a different guy in private than he has shown in public," Flake said. "He made a good case -- Mike is a good guy, and I hope that he has influence on Donald Trump. But I have yet to see Donald Trump change positions he needs to change, and particularly change the tone and tenor of the debate."

"If you could govern in private I guess it would be okay," he added. "But you can't."