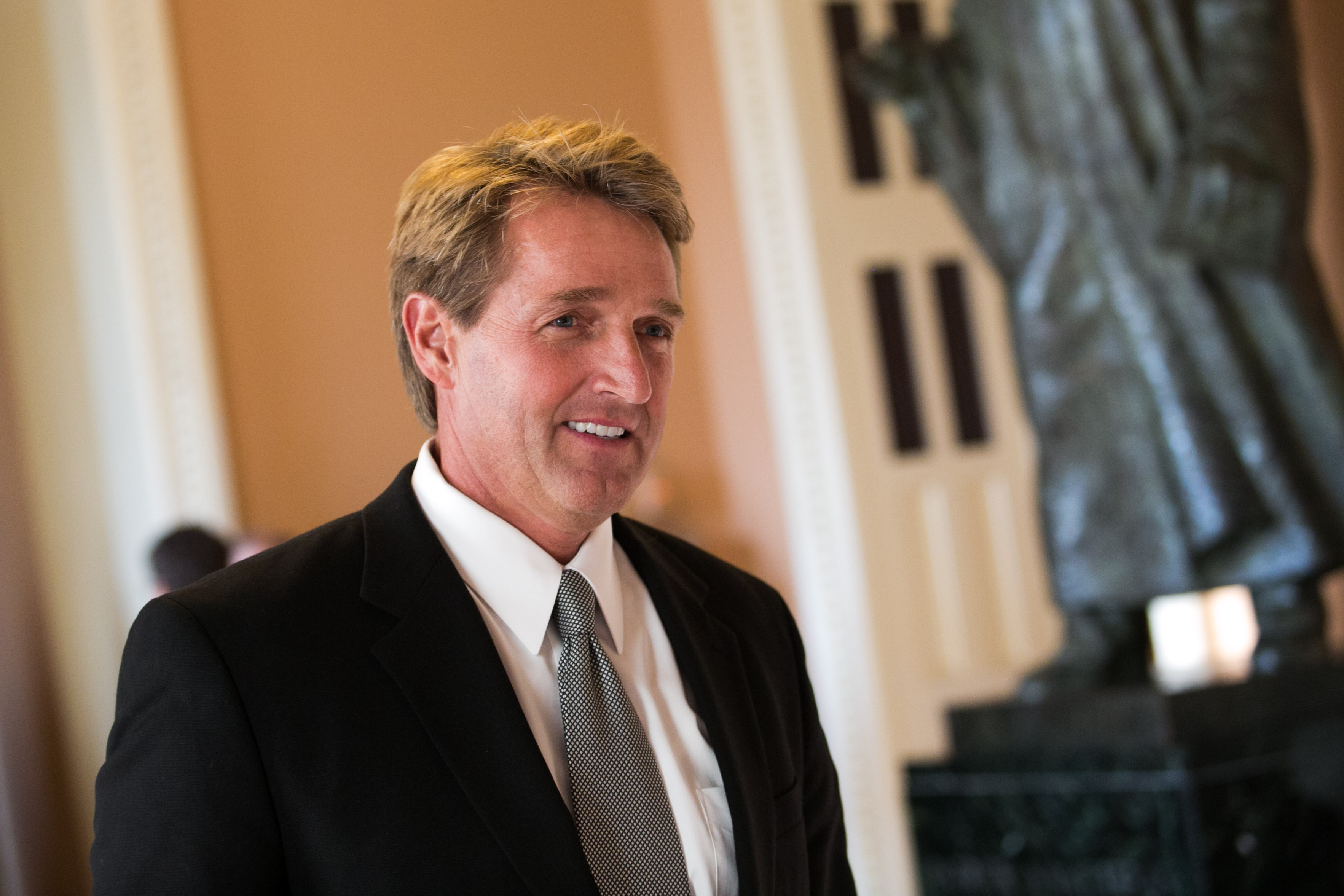 "I hope to be able to support the nominee," Flake said on MSNBC. "I certainly can't right now."

The first-term senator also criticized Trump's comments about Judge Gonzalo Curiel, who is presiding over one of the fraud cases involving Trump University. Trump has said that Curiel, the son of Mexican immigrants, cannot be impartial in the case due to Trump's anti-immigration stance and his promise to build a wall along the southern border.

Flake said it was "uncomfortable" not endorsing his party's choice for president but that he still "can't at this point."

"His statements this week on the judge -- that's a new level," Flake said. "Because it's not just ... ill-informed or ignorant statements, but they suggest that when he's president, you know, after November, that ... perhaps he ought to go after that judge. That's a whole new level. So that's -- it's very disturbing."

Trump's comments about Curiel have been criticized by some of his most prominent Republican endorsers, including House Speaker Paul Ryan, Senate Majority Leader Mitch McConnell and Newt Gingrich.