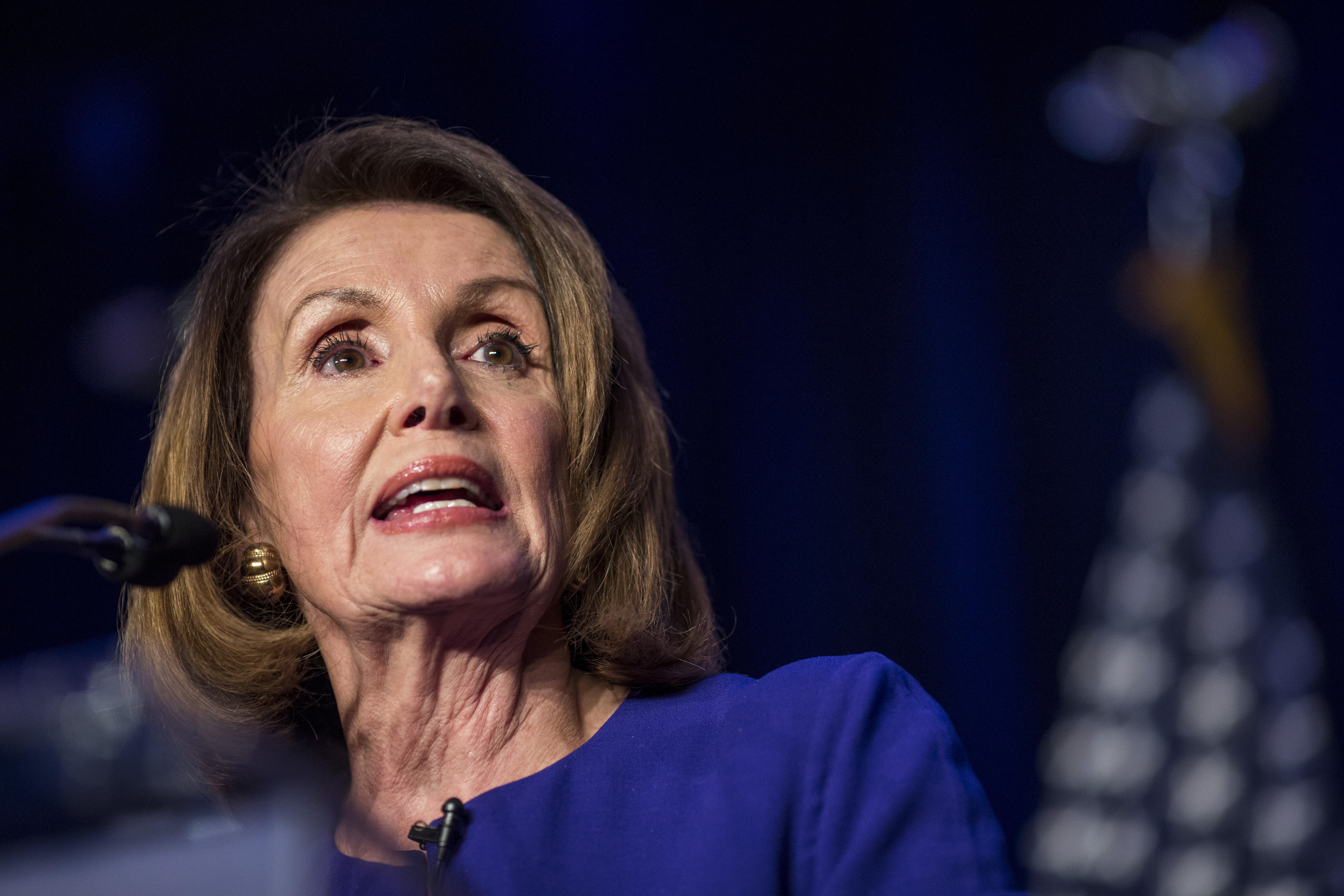 WASHINGTON -- Even as newly-elected members of the House arrived in Washington Wednesday for orientation, Democrats jockeyed behind the scenes in the battle over who the new House speaker should be.

A small but vocal group of returning Democrats is continuing a previous effort to block current Minority Leader  Nancy Pelosi -- the first woman elected speaker in 2006 --from getting the gavel again. Democrats will reclaim the House majority in January.

Rep. Seth Moulton, D-Mass., one of the leaders of the anti-Pelosi effort, said he was "100 percent confident" that the contingent of lawmakers trying to block Pelosi had the votes to do it. They argue that the American people voted for new leadership in the midterm elections and don't want to see the same trio atop the party in the House that's been there for more than a decade.

Moulton and the other lawmakers said they plan to release a letter with enough signatures of members and members-elect who are pledging not to vote for Pelosi that it would become clear she doesn't have 218 votes needed to be elected speaker on the House floor. He wouldn't reveal the number who have signed on so far because, he said, more are signing on by the day.

Moulton said he and his allies are bolstered by at least seven members-elect he who have made firm promises not to vote for Pelosi.

"The whole point of the letter is to accelerate this process so that it doesn't spill out onto the floor. … We want to make it clear before it comes to that that she should step aside," Moulton said Tuesday. "We're trying to do the right thing for the party by solving this ahead of time."

Moulton has pledged not to run for leadership but said he believes several lawmakers will put their names forward if Pelosi can't win. The group isn't backing or putting forward an alternative to Pelosi; their sole aim is to ensure she's not elected speaker.

Critics of the anti-Pelosi group say it's wrong to try to kick out the highest-ranking woman in Congress in a year that saw hundreds of women run for office and dozens win.

"I think every single one of us that are part of this effort to forge new leadership are very mindful of the fact that women form a large part of our caucus," Rep. Filemon Vela, D-Texas, who opposes Pelosi, told reporters, "It's difficult to say now but I think every single one of us are motivated to ensure that we have a woman leading the caucus."

Pelosi's backers are also working to prove she has the necessary support among caucus members. Reps. Rosa DeLauro, D-Ct., is working on a letter from female lawmakers to show their support for the leader.

"We took the House of Representatives back. It was one individual who worked with many others but as the leader made it happen," she told reporters. "There would not have been an Affordable Care Act without Nancy Pelosi. I was there on economic recovery and we wouldn't have done that. Major, major pieces of legislation that got passed because of the strength of her knowledge, her experience, and the gut about what are the values of this country and what do we need to do. Therefore, she deserves to be speaker of the House."

Other backers argue that there's plenty of fresh perspective in the Democratic leadership sitting just below the current trio of Pelosi, Steny Hoyer, D-Md., and Jim Clyburn, D-SC.

"We're going to have a new generation of leadership. That is going to happen," said Rep. Cheri Bustos, D-IL, a Midwesterner who is wrapping up her first two years in leadership and running to chair the Democratic Congressional Campaign Committee. "We don't just have the top three spots in our leadership. This is a whole team."