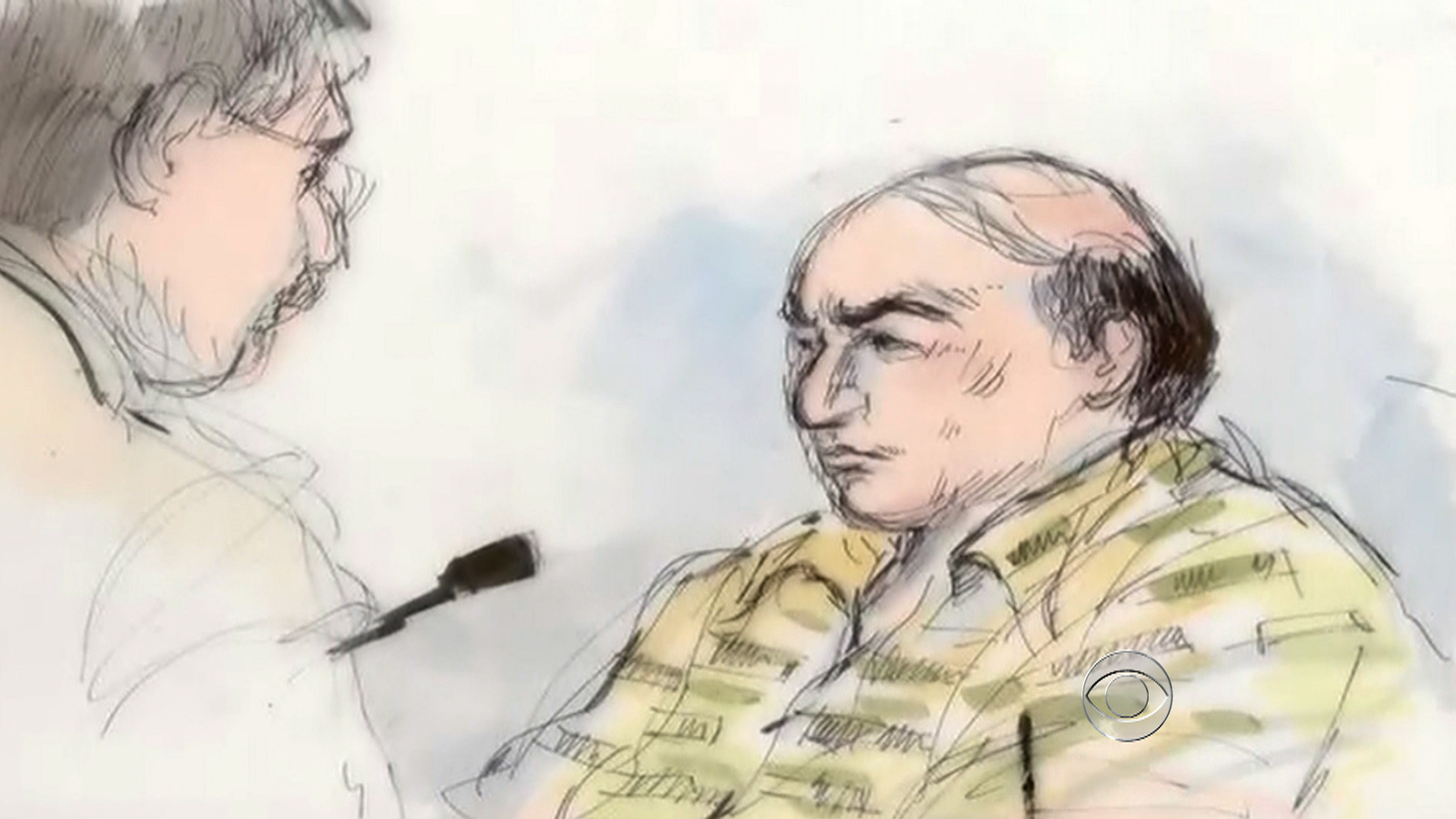 LOS ANGELES A California man with many aliases who was behind an anti-Muslim film that sparked violence in the Middle East denied violating his probation for a 2010 bank fraud conviction.

Youssef has been in a federal detention center since Sept. 28 after he was arrested for the probation violations and deemed a flight risk by a magistrate judge. A hearing began at 1 p.m. PT.

He went into hiding after a 14-minute trailer for the movie "Innocence of Muslims" was posted on YouTube. Angry protests stoked by the film broke out in Egypt and Libya and violence related to the film has spread, killing dozens.

Last month the Pakistan Taliban offered a bounty of $100,000 for killing the filmmaker. A Pakistani Cabinet minister made a similar offer, but it was disavowed by his government. Also, a former Pakistani legislator put forth a $200,000 reward.

On Wednesday, Mir Farooq Hussini, a religious cleric and the spokesman for an organization representing about 450 religious schools in Afghanistan's Herat province, said he is offering a $300,000 bounty to anyone who kills Youssef. Hussini told The Associated Press in a telephone interview that the filmmaker is a "dirty person."

Federal authorities have said Youssef isn't behind bars because of the film or its content, which portrays Muhammad as a religious fraud, womanizer and pedophile. They said Youssef hasn't been truthful about his identity, using different names after he was convicted in 2010 of bank fraud.

Youssef was sentenced to 21 months in prison. He was barred from using computers or the Internet for five years without approval from his probation officer, though prosecutors said none of the violations involved the Internet.

An email left for Youssef's attorney, Steven Seiden, was not immediately returned Tuesday.

At least three names have been revealed to be associated with Youssef in the past several weeks. Court documents show Youssef legally changed his name from Nakoula Basseley Nakoula in 2002, but never told federal authorities, who used that as part of the probation violation case against him.

Youssef, an Egyptian-born Christian who's now a U.S. citizen, sought to obtain a passport in his new name but still had a California driver's license as Nakoula, authorities said. Youssef used a third name, Sam Bacile, in association with the film.

Authorities said Youssef used more than a dozen aliases and opened about 60 bank accounts and had more than 600 credit and debit cards to conduct a check fraud scheme.

When he was identified as Nakoula after the movie trailer went viral, federal probation officials questioned him. He denied using the name Sam Bacile, which was listed on the YouTube account that posted the trailer, and said his role in the film was limited to writing the script.

Tess Lopez, a former federal probation officer who now is a sentencing consultant in Northern California, said if federal prosecutors can prove Youssef violated his probation, it's likely he would receive more prison time because the new allegations are similar to the original crime.

"Given the nature of the conviction, it would normally warrant a prison sentence," Lopez said.