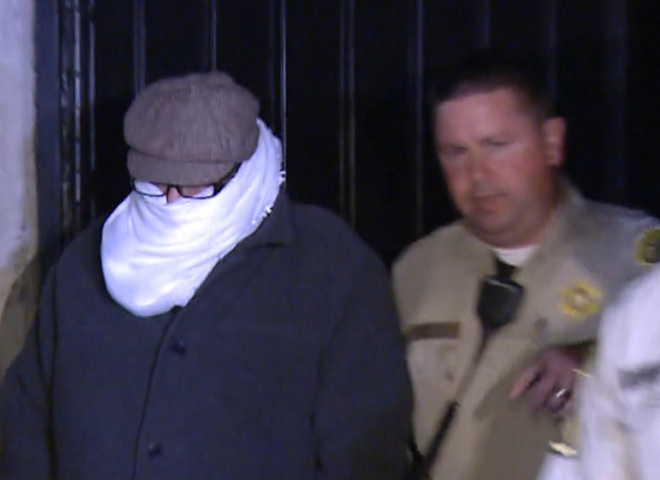 LOS ANGELES The mystery surrounding the man behind the crudely produced anti-Islamic video that sparked violence in the Middle East deepened when he appeared in court and identified himself by yet another name.

Arrested on Thursday in Los Angeles after authorities said he violated his probation from a 2010 check fraud conviction, Nakoula Basseley Nakoula told a judge his real name was Mark Basseley Youssef. He said he had been using that name since 2002, even though he went by Nakoula in his fraud case.

Court documents filed in Orange County Superior Court show he was granted a name change petition in 2002 and legally changed his name to Mark Basseley Youssef because "Nakoula is a girl's name and it cause me troubles."

"He did not provide his true legal name at the time of prosecution," Dugdale said.

The full story about Youssef and the video "Innocence of Muslims" still isn't known more than two weeks after violence erupted in Egypt and elsewhere in the Arab world where at least 50 people have died in protests related to the film.

Citing a lengthy pattern of deception and the potential to flee, U.S. Central District Chief Magistrate Judge Suzanne Segal ordered Youssef to remain in prison without bond until another judge can hold a hearing to determine if he broke the terms of his probation.

"The court has a lack of trust in this defendant at this time," Segal said.

Prosecutors noted Youssef had eight probation violations, including lying to his probation officers and using aliases. He could face new charges that carry a maximum two-year prison term.

After his 2010 conviction, Youssef was sentenced to 21 months in prison and was barred from using computers or the Internet for five years without approval from his probation officer, though prosecutors said none of the violations involved the Internet. He also wasn't supposed to use any name other than his true legal name without the prior written approval of his probation officer.

Three names, however, have been associated with Youssef this month alone.

The movie was made last year by a man who called himself Sam Bacile. After the violence erupted, a man who identified himself as Bacile spoke to media outlets including The Associated Press, took credit for the film and said it was meant to portray the truth about Muhammad and Islam, which he called a cancer.

Before going into hiding, Youssef acknowledged to the AP that he was involved with the film but said he only worked on logistics and management.

Youssef, a Christian originally from Egypt, then went into hiding after he was identified as the man behind the trailer, which depicts Muhammad as a womanizer, religious fraud and child molester. He met with federal probation officials two weeks ago, was led out of his home in suburban Cerritos in the middle of the night, flanked by Los Angeles County sheriff's deputies and cloaked in heavy clothing to protect his identity.

Youssef came out of hiding Thursday for his court appearance, although the news media were banned from the courtroom and reporters had to watch the proceedings on a TV in a nearby courthouse. No photos were allowed.

Youssef wore beige pants and a collared shirt when he was led into the courtroom handcuffed and shackled. He appeared relaxed, smiling at one point before the hearing and conferring with his attorney.

Youssef's attorney, Steven Seiden, sought to have the hearing closed and his client released on $10,000 bail. He argued Youssef has checked in with his probation officer frequently and made no attempts to leave Southern California.

Seiden was concerned that Youssef would be in danger in federal prison because of Muslim inmates, but prosecutors said he likely would be placed in protective custody.

Lawrence Rosenthal, a constitutional and criminal law professor at Chapman University School of Law in Orange, said it was "highly unusual" for a judge to order immediate detention on a probation violation for a nonviolent crime, but if there were questions about Youssef's identity it was more likely.

"When the prosecution doesn't really know who they're dealing with, it's much easier to talk about flight," Rosenthal said. "I've prosecuted individuals who'd never given a real address. You don't know who you're dealing with, and you're just going to have very limited confidence about their ability to show up in court."

Enraged Muslims have demanded punishment for Youssef, and a Pakistani cabinet minister has offered a $100,000 bounty to anyone who kills him.

First Amendment advocates have defended Youssef's right to make the film while condemning its content. Federal officials likely will face criticism from those who say Youssef's free speech rights were trampled by his arrest on a probation violation.

In arguing that Youssef is a possible flight risk, Dugdale said Youssef couldn't even reveal something as fundamental as his real name.

"He's a person who simply can't be trusted," he said.