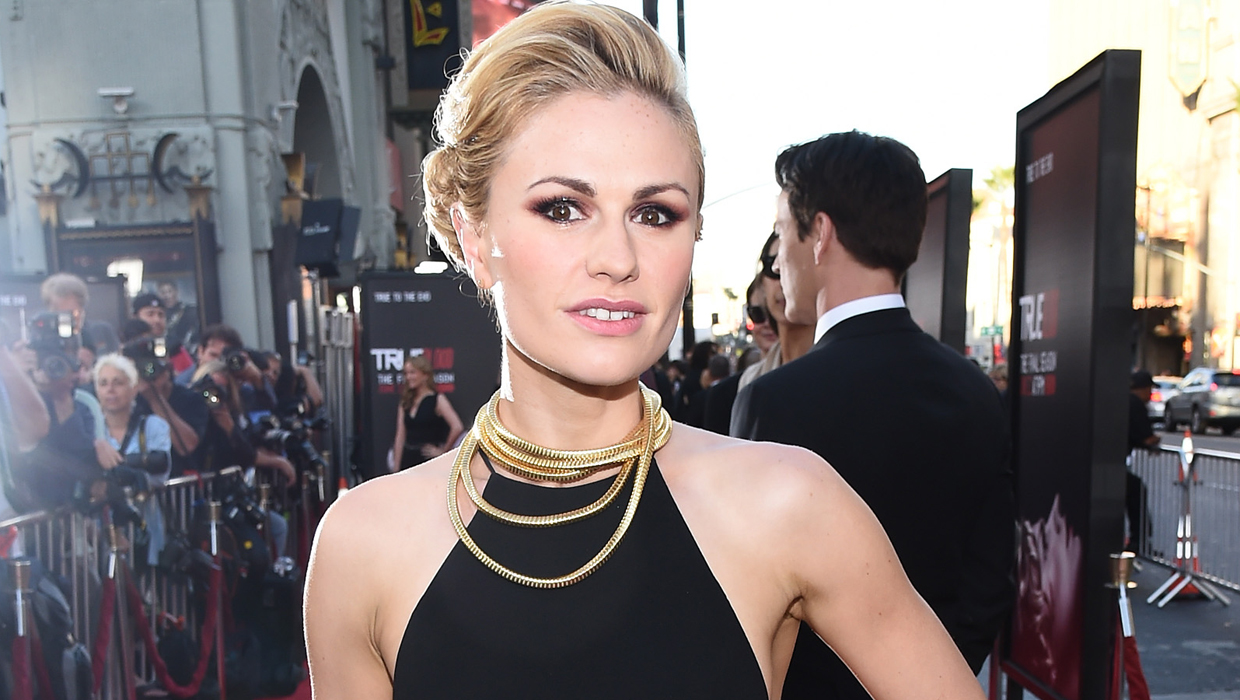 Anna Paquin set Larry King straight when he asked about her bisexuality during a recent interview.

The actress, who is married to her "True Blood" co-star Stephen Moyer, faced questions about her sexuality from the 80-year-old interviewer during an appearance on his show "Larry King Now."

"Are you a non-practicing bisexual?" he asked Paquin.

"Well, I mean, I am married to my husband, and we are happy monogamously married," the 32-year-old replied.

"But you were bisexual?" King continued, prompting Paquin to clarify things further.

"Well, I don't think it's a past tense thing," she explained. "Are you still straight if you are with somebody?... If you were to break up with them or if they were to die, it doesn't prevent your sexuality from existing. It doesn't really work like that."

Paquin came out as bisexual in 2010. She and Moyer married that same year and welcomed twins in 2012. "True Blood" is currently airing its final season on HBO.