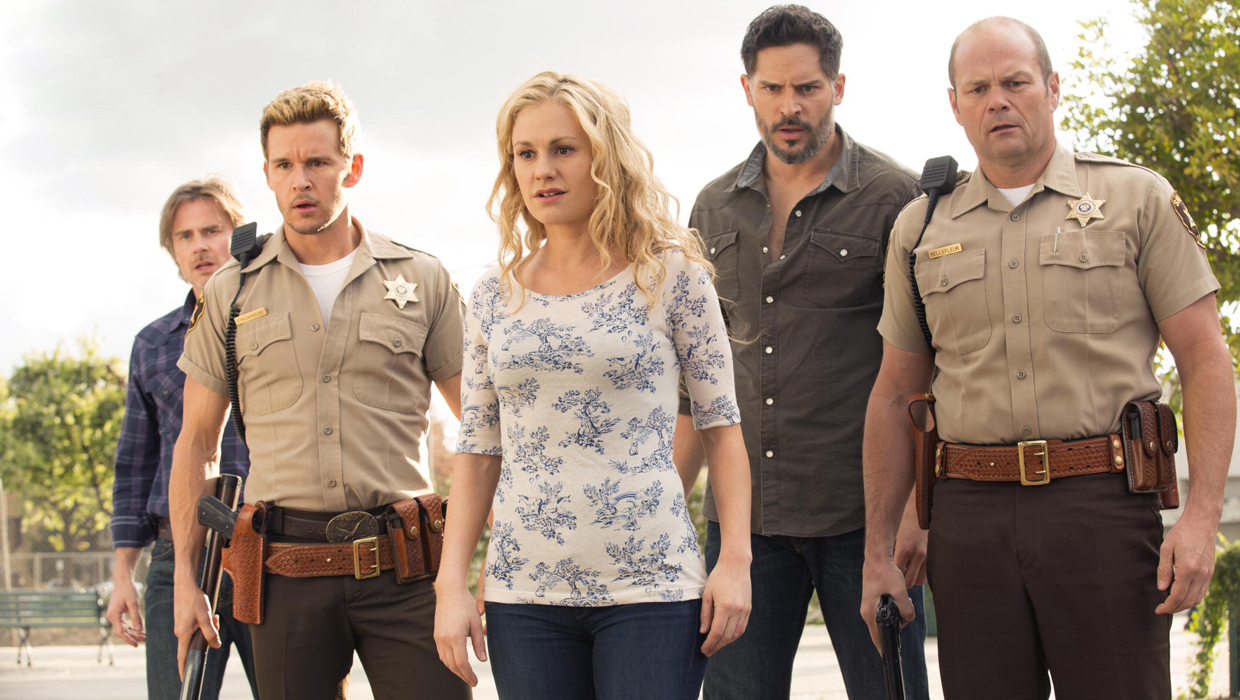 [Warning: This post contains spoilers for the season 7 premiere of "True Blood."]

It's the beginning of the end for "True Blood."

HBO's vampire drama kicked off its seventh and final season on Sunday night with "Jesus Gonna Be Here," an hour that appeared to be much of a return to form for the series.

The episode picks up mid-massacre, as the vampires infected with Hep-V attack the friendly human/healthy vampire gathering organized by Bill Compton and Sam Merlotte (now the mayor of Bom Temps). It's dark, terrifying mayhem, and when the frenzy is over Holly, Arlene, and Nicole were among those carried away. Even more shocking was the apparent death of Tara, while trying to protect her mother.

But don't fret too much yet over Tara's demise -- the actress who plays her, Rutina Wesley, is still listed as a regular cast member. And her mother, Lettie May, later has a vision of Tara alive and in need of help.

The other abductees are still alive (for now, at least) and being held prisoner in the basement of the vampire club Fangtasia. Jessica bravely stood guard outside Andy's home to protect the last of his half-faerie daughters (she ate the other three, if you remember) and ended up in a standoff with a Hep-V vamp before Adilyn decides to trust her and let her in.

And in the aftermath of the attack, Sookie learns via her mind-reading abilities that the town blames her for what happened -- including her boyfriend, Alcide. They later make up in proper steamy "True Blood" fashion, as do Jason and vampire girlfriend Violet after a heated debate about their relationship.

Pam, meanwhile, was halfway around the world trying to discover the whereabouts of her maker, Eric, who we last saw very naked and sunbathing on a mountaintop. In Marrakech, she's handed a map marked "Rhone," so it looks like she'll be heading to France next.

Tell us: What did you think of the "True Blood" season premiere?