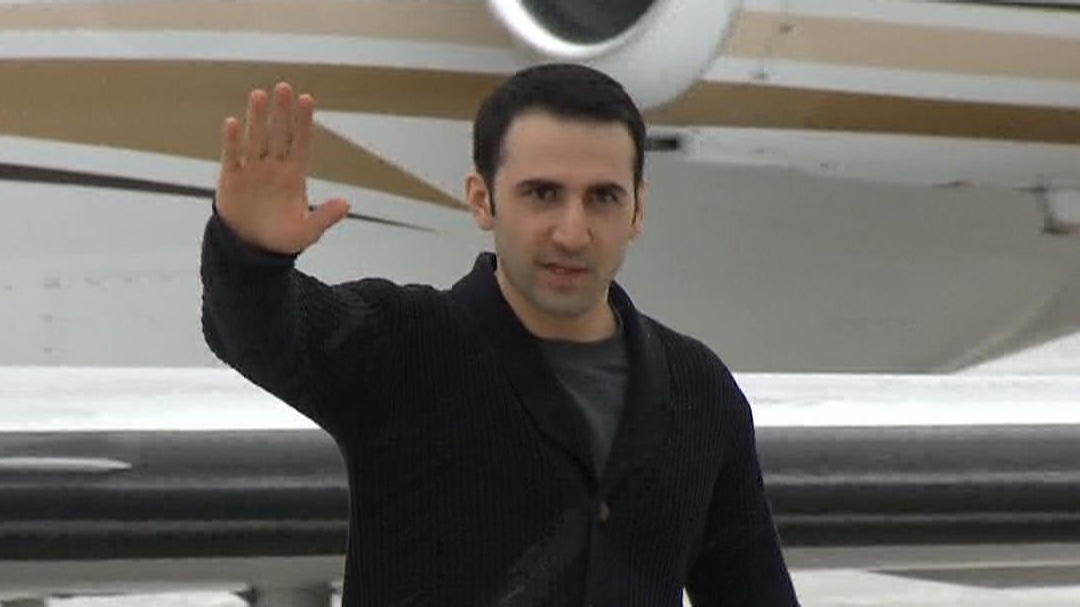 FLINT, Mich. -- Two Americans recently released from an Iranian prison in a prisoner-swap deal arrived in the United States Thursday.

A plane carrying former U.S. Marine Amir Hekmati landed at Flint's Bishop International Airport in his home state. He emerged to waiting reporters and well-wishers, including members of the American Legion.

"Many people have traveled this road with me," said Hekmati, 32, on the tarmac. Despite his ordeal, he added, "I'm standing here healthy ... with my head held high."

Christian pastor Saeed Abedini, who was arrested in Iran in 2012, was expected to spend several days at the Billy Graham retreat center in Asheville, N.C. He was greeted by emotional family members and Graham's son, Franklin Graham, after his plane landed.

Abedini and Hekmati spent several days recovering from their ordeal at a U.S. military medical center in Landstuhl, Germany, before coming back to the U.S., along with a third American freed by Iran as part of the prisoner swap; Washington Post reporter Jason Rezaian.

A statement issued by Rezaian's family said he and his relatives had departed Landstuhl on Friday morning and were also headed back to the U.S.

In the statement, Rezaian thanked the staff at the U.S. base for their exceptional care, and said he was "overjoyed to be reconnecting with my family. I am feeling well and plan to relax and enjoy home-cooked meals, sports, and movies with them over the next few days and weeks."

Hekmati, 32, had been at Landstuhl Regional Medical Center in Germany since his weekend release. He recounted Tuesday how disbelief turned to joy when he and three fellow Americans realized they were being freed.

Asked about his 4 1/2 years in Iranian prison, Hekmati said "it wasn't good," but that his Marine training helped sustain him.

Rezaian looked upbeat as he posed with his wife, mother and brother for cameras Wednesday before heading back inside the facility.

Convicted by an Iranian court of spying and sentenced to death in 2012, Hekmati was later retried and given a 10-year sentence on a lesser charge. He and his family deny any wrongdoing, and say his imprisonment included physical and mental torture and long periods of solitary confinement in a tiny cell.

Hekmati, Abedini and Rezaian arrived in Germany late Sunday via Switzerland. A fourth American released in exchange for the U.S. pardoning or dropping charges against seven Iranians opted to stay in Iran, and a fifth American was released separately and had already travelled back to the U.S.

Landstuhl said that, in addition to medical checks, "a critical part of this process is the decompression period."