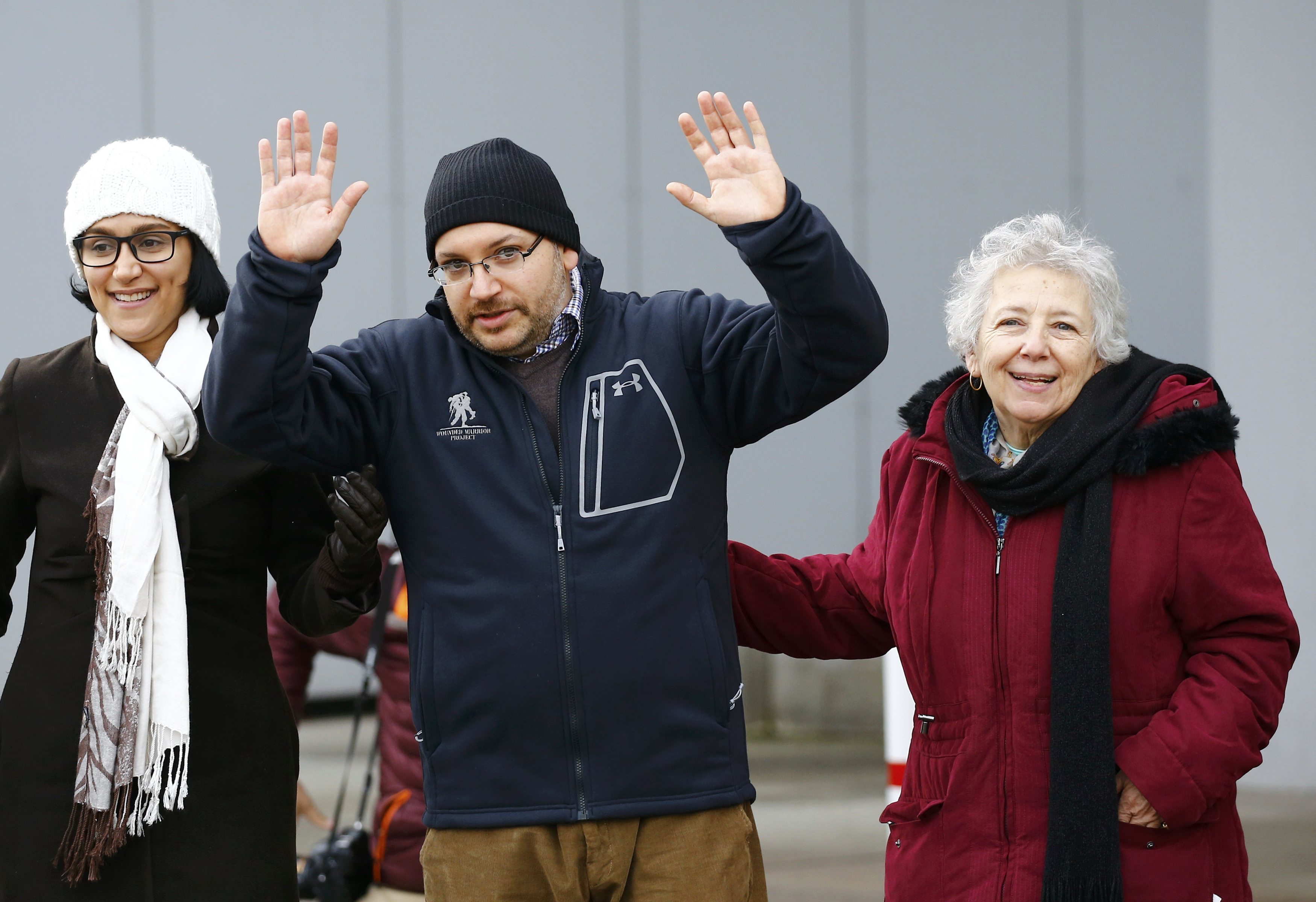 Jason Rezaian, the Washington Post reporter readapting to life outside of an Iranian prison, has said he wants time to catch up with the friends and family he's missed for more than a year -- without too much prying from members of his own profession -- and he'd like to see the new "Star Wars" movie.

Rezaian said in a statement issued at the U.S. military's Landstuhl Regional Medical Center, where he and two other Americans freed as part of a prisoner swap brokered with Iran, that he looked forward to resuming his work "writing the U.S.-Iran story at some point."

"I hope everyone will respect my need for privacy as I take some time for myself and for my family. For now, I want to catch up with what's been going on in the world, watch a Warriors game or two, and see the Star Wars movie," Rezaian said.

A year and a half after he was first locked up in Iran, Rezaian was finally reunited with his wife, mother and brother earlier this week at Landstuhl. He also met his bosses from the newspaper and said, "I want people to know that physically, I'm feeling good. I know people are eager to hear from me, but I want to process this for some time."

Jason's brother Ali said earlier this week that Jason was making up for the time he's lost since then.

"He's trying to catch up on what's been going on in the world," Ali said. "He's been watching TV, seeing people on TV talking about him and is looking forward to being able to get out and talk for himself."

Landstuhl is a normal first stop for U.S. nationals freed from captivity. The medical teams there are well-versed in treating conditions associated with long periods of detention, both physical and mental.

It is not yet known how long Rezaian, or the other two American nationals at Landstuhl; Amir Hekmati, a former U.S. Marine who had been jailed in Iran since 2011, and Christian pastor Saeed Abedini, who was arrested in 2012, will remain at the base.

Two other American nationals were also freed by Iran as part of the prisoner swap, but they did not travel to Landstuhl, and one of them chose to remain in Iran.