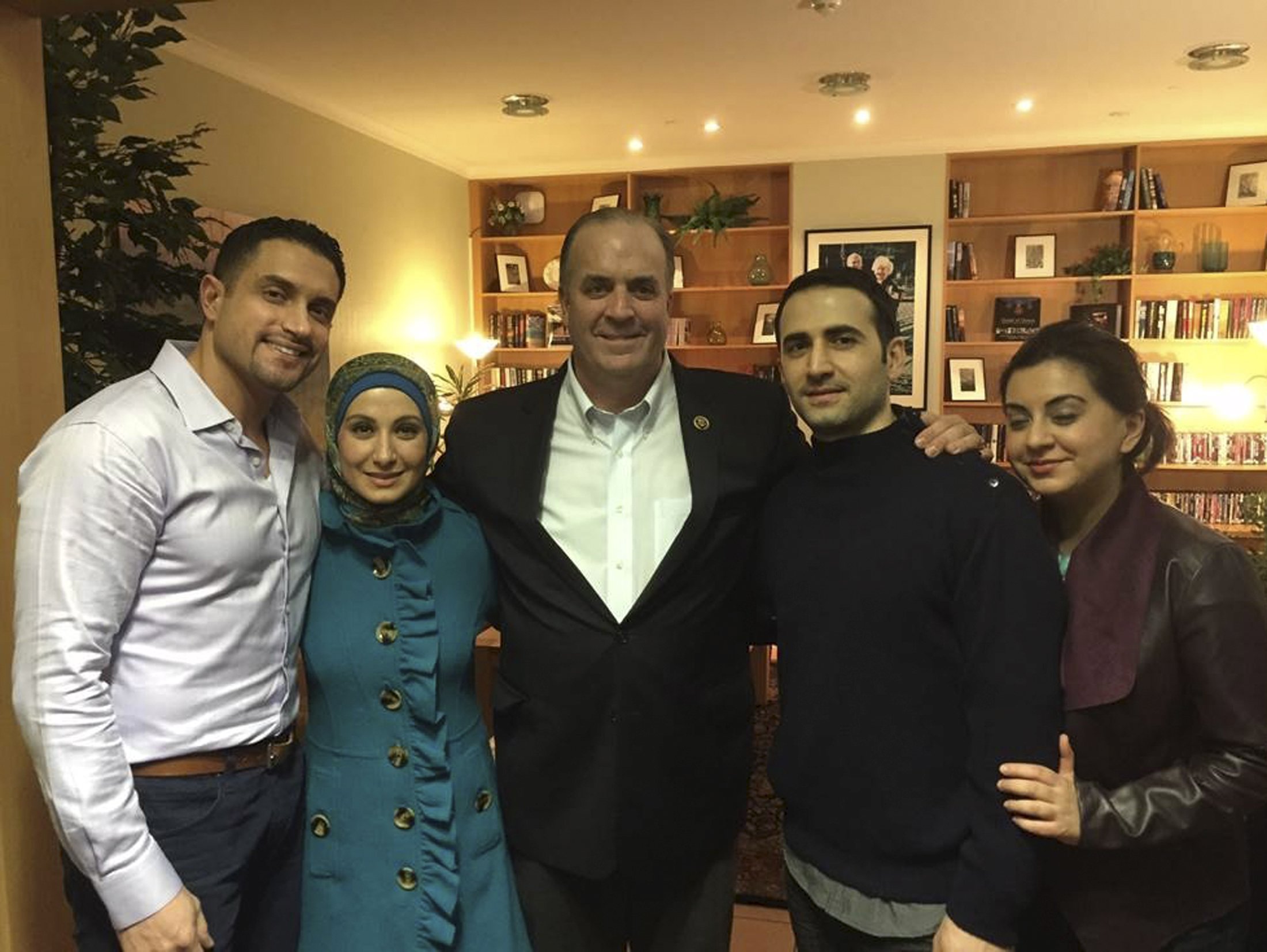 The newly released Americans who were held prisoners in Iran are getting assessed medically and easing back into the rhythms and relationships of normal life at the Landstuhl Regional Medical Center in Germany, reports CBS News correspondent Liz Palmer.

The three were flown to Europe on a Swiss air force jet Sunday - among them, Washington Post Tehran reporter Jason Rezaian.

A year and a half after he was first locked up in Iran, Rezaian was finally reunited with his wife, mother and brother. He also met his bosses from the paper and said, "I want people to know that physically, I'm feeling good. I know people are eager to hear from me, but I want to process this for some time."

Rezaian was arrested in Iran on vague spying charges and jailed in the notorious Evin prison, at times in solitary confinement.

Jason's brother Ali said he's making up for the time he's lost since then.

"He's trying to catch up on what's been going on in the world," Ali said. "He's been watching TV, seeing people on TV talking about him and is looking forward to being able to get out and talk for himself."

Also thrilled to be with his family at last is Amir Hekmati, a former Marine jailed since 2011.

He shared his first taste of freedom with his two sisters, brothers-in-law and their congressman, Dan Kildee, who traveled to Germany with the family when news came of the release.

"Amir had a steak. He hadn't had one in four and a half years and he seemed to really enjoy it. I think he just enjoyed the company," Rep. Dan Kildee said. "He enjoyed having whatever he wanted to eat and being with his family."

Christian pastor Saeed Abedini, who was arrested in 2012, was also freed in the exchange. His wife is expected to join him here shortly.

It is not yet known how long the newly Americans will stay at the hospital, but history suggests between a week and ten days.