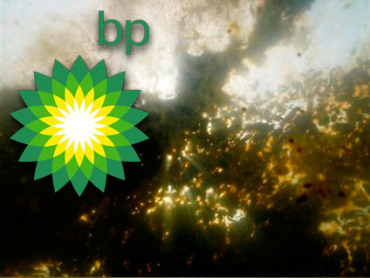 Most Americans want BP to pay for all of the financial losses related to the oil spill in the Gulf of Mexico, even if it drives the oil giant out of business, a new Gallup/ USA Today poll shows.

As many as 59 percent of those surveyed said the company should pay for everything no matter what, including lost wages for workers impacted by the spill. Another 38 percent said they want the company to pay for as much as possible while remaining viable.

By law, the oil company must pay for all of the clean up costs associated with the oil spill, which started when the Deepwater Horizon oil rig exploded on April 20. However, the company is currently only legally liable for up to $75 million in damages associated with the spill, such as economic losses.

Lawmakers are currently working on legislation to change that. Democrats want to lift the liability cap completely; House Republican leader John Boehner has said he supports making BP pay for all damages, but Republicans oppose lifting the cap all together. GOP lawmakers say they oppose lifting the liability cap for all oil companies because smaller oil companies wouldn't be able to afford that kind of risk.

Democrats in Congress and President Obama are now asking BP to set up an escrow fund to pay for economic damages from the spill.

Seven out of 10 Americans in the Gallup/ USA Today poll said Mr. Obama hasn't been tough enough on BP. The president has been in the Gulf region for the past two days to assess the oil spill response, and he will address the disaster in a primetime address tonight.

UPDATE: Another poll released today by the Associated Press found that most American are directing their anger about the oil spill toward BP.

As many as 83 percent of Americans said they disapprove of BP's performance handling the spill. Most, 52 percent, also disapprove of Mr. Obama's handling of the crisis. The president's overall job performance rating stayed about the same in the poll, at 50 percent.