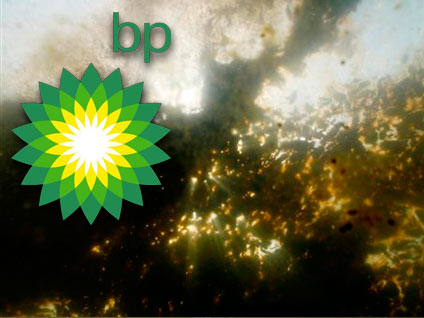 Democrats are getting ready to grill BP for the disastrous Gulf oil spill in a set of congressional hearings this week, and they are giving the oil company a preview of the type of questions they can expect.

BP CEO Tony Hayward can expect an earful about what Congress says is evidence that the company made risky and greedy decisions -- against the advice of its own employees and contractors -- that lead to the Deepwater Horizon oil rig explosion, which caused the catastrophic oil spill. Additionally, Congress wants the oil giant to set aside $20 billion to pay off economic damages from the spill.

Energy and Commerce Chairman Henry Waxman (D-Calif.) sent a letter to Hayward today detailing the questions his committee has after starting its investigation into the causes of the blowout of the Macondo well on April 20.

"The Committee's investigation is raising serious questions about the decisions made by BP in the days and hours before the explosion on the Deepwater Horizon," the letter says. "On April 15, five days before the explosion, BP's drilling engineer called Macondo a 'nightmare well.' In spite of the well's difficulties, BP appears to have made multiple decisions for economic reasons that increased the danger of a catastrophic well failure... In effect, it appears that BP repeatedly chose risky procedures in order to reduce costs and save time and made minimal efforts to contain the added risk."

Specifically, the letter says the committee will ask BP about five crucial decisions it made: the decision to use a well design with few barriers to gas flow; the failure to use a sufficient number of "centralizers" to prevent channeling during the cement process; the failure to run a cement bond log to evaluate the effectiveness of the cement job; the failure to circulate potentially gas-bearing drilling muds out of the well; and the failure to secure the wellhead with a lockdown sleeve before allowing pressure on the seal from below.

"Time after time, it appears that BP made decisions that increased the risk of a blowout to save the company time or expense," the letter says. "If this is what happened, BP's carelessness and complacency have inflicted a heavy toll on the Gulf, its inhabitants, and the workers on the rig."

Between the two congressional hearings featuring BP, executives of the company will meet with President Obama on Wednesday. The president is expected to urge the company to set up an escrow account for claims from Gulf Coast businesses and residents.

"We've been very concerned about the claims process," Coast Guard Adm. Thad Allen said Sunday on CBS' "Face the Nation." "It's not clear to us that there's the right of transparency involved concerning the data, how long it takes to pay claims. We'll be talking about an independent third party that can administer a fund to make sure it happens quicker."

Senate Majority Leader Harry Reid and members of the Senate Democratic Caucus today sent a letter to Hayward backing the escrow plan -- and specifically asking for the company to set aside $20 billion in a special account for damages and clean-up costs. The senators requested a response to their request no later than Friday.

"Establishment of this account would serve as an act of good faith and as a first step towards ensuring that there will be no delay in payments or attempt to evade responsibility for damages," the letter said. "While we are pleased that BP has admitted liability for such damages and vowed to provide full remuneration for economic losses and clean-up costs, history has taught us that corporations often fail to live up to their initial promises."

Democrats want to lift the $75 million cap on damages oil companies are responsible for in the event of a spill, but Republicans have so far blocked attempts to pass legislation raising the cap. Democrats are looking at a number of different issues to address in legislation, along with the liability issue, such as drilling safety and alternative energy plans.

Reid promised to bring energy legislation to the floor this summer, but there is still a weak appetite in the Senate for a comprehensive bill, as evidenced by the close vote last week (53 to 47) against a GOP bill that would have curbed the EPA's authority to regulate greenhouse gas emissions.

Tuesday night, President Obama will deliver a primetime address to the nation about the oil spill. What he says about comprehensive energy and climate change legislation could reveal how strongly Democrats will push for such a bill. The Obama administration has told senators that an energy bill must include a serious effort to put a price on carbon to slow climate change, Politico reports.