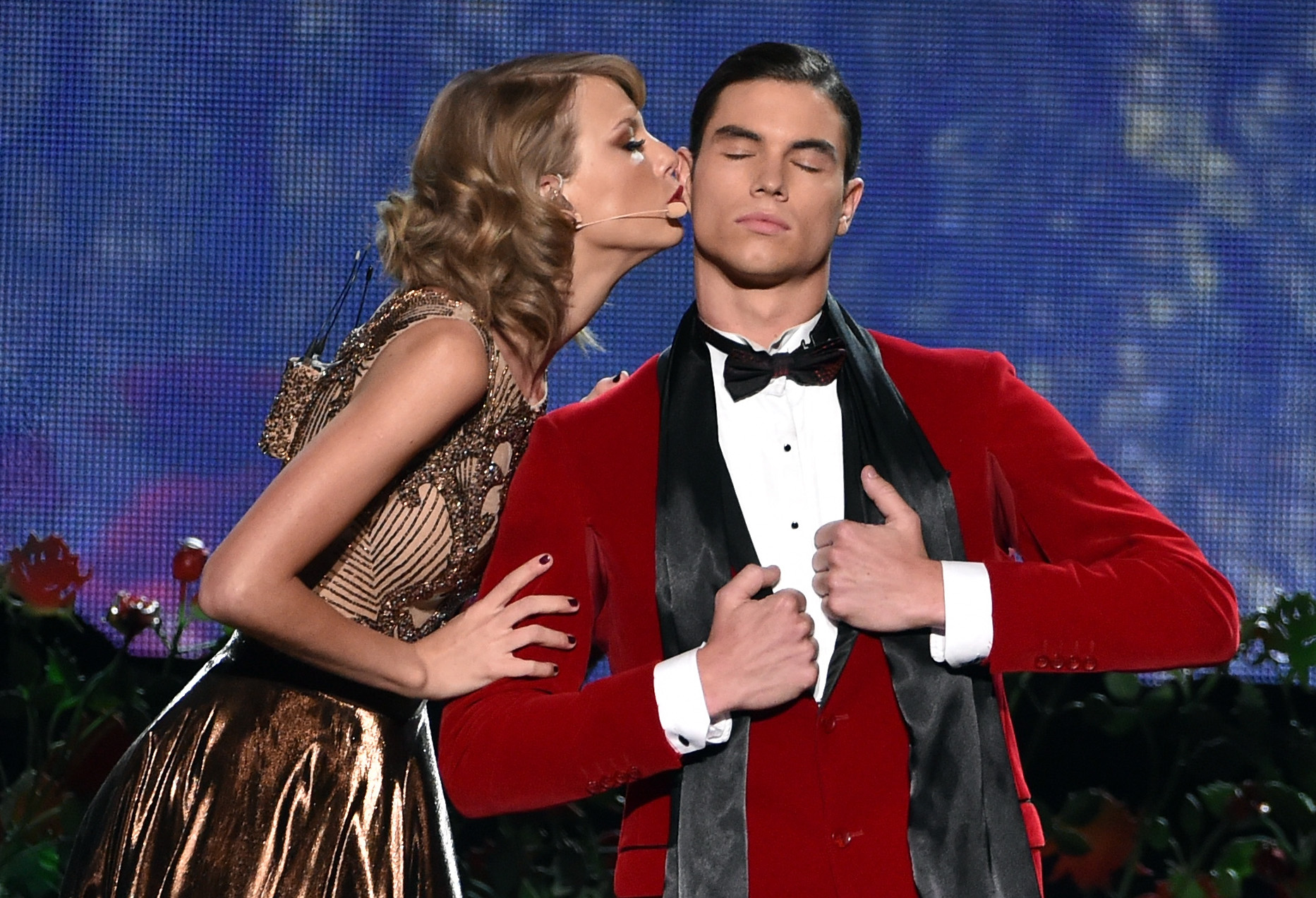 One Direction picked up both the first and last honor of the night -- and one in between, for good measure.

The U.K. heartthrobs first scored favorite pop/rock band, duo or group, sending a "massive massive thank you" to all their fans.

"This has been a real perfect day...America feels like a second home to us," Liam Payne said. They later took the stage again to accept the award for favorite pop/rock album for "Midnight Memories." And the boys returned one more time for the night's biggest and final award -- favorite artist of the year topping Perry, Bryan, Azalea, Beyonce, Eminem, Imagine Dragons, John Legend, Lorde and Pharrell Williams.

It didn't take long for Azalea (the lead nominee with six nods) to waltz up to the stage for an award. The Australian star scooped up the favorite rap/hip-hop album honor (beating Eminem and Drake) for "The New Classic," presented by Jamie Foxx and his adorable daughter, Annalise.

"This award is the first award I've ever won in my entire life, and it means so much to me that it is for best hip-hop because that's what inspired me to move to America and pursue my dreams, and it's what helped me when I was a teenager to escape and to get through my life and to better times," Azalea said, adding, "It's what helped me as a teenager to escape...Thank you so much...T.I. for believing in me."

British sensation Sam Smith also won his first American Music Award, walking away with best male pop/rock artist. "Genuinely from my heart, I didn't think I was going to win this. This is unreal," said the "Stay With Me" singer, who topped Pharrell and John Legend in the category.

Katy Perry, who didn't attend the AMAs because of her world tour, ended up winning three honors, including single of the year for "Dark Horse."

Country music represented, too, with Bryan winning the prize for favorite male country artist. "I want to thank the fans out there to making it possible for me to win this award....Love you so much," he said. "Thanks for making my dreams come true."

Taylor Swift kicked off the American Music Awards Sunday with a live TV premiere of her new single "Blank Space," which appears on the 24-year-old pop songstress' No. 1 album, "1989." The energetic number found Swift grabbing hot male dancers and holding burning roses as she pranced around the stage in a shimmery gold fringe dress.

"In the four minutes she was on stage, she sold another 68 million albums," host Pitbull joked after the performance.

There was definitely some letting loose in the audience throughout the night, particularly during Jessie J, Ariana Grande and Nicki Minaj's performance of "Bang Bang." Swift, Smith, Lorde and more were all spotted getting down in the crowd.

Several of the hottest stars in music today performed -- Grande showed off her vocal chops with a slowed-down version of "One Less Problem" and "Break Free," while Wyclef Jean played with Magic! -- and the members of Imagine Dragons performed their new single "I Bet My Life."

Lorde sang "Yellow FlickerBeat," the theme from the weekend's No. 1 box office winner "The Hunger Games: Mockingjay - Part 1." British songstress Charli XCX performed "Boom Clap" and "Break the Rules," and Australian band 5 Seconds of Summer brought some rock into the mix with a cover of The Romantics' "What I Like About You."

Swift took the stage again -- this time in an emerald outfit -- to accept the first-ever Dick Clark Award of Excellence from Diana Ross, who said Swift "has taken the music industry by storm. We've fallen in love with her. She's really talented and beautiful."

Before Swift left her seat, she kissed and left some lipstick on the cheeks of her pals (and AMAs seat neighbors) Lorde, Gomez and Smith.

"I'm so blown away to just have received an award from Diana Ross," the "Shake It Off" singer said at the start of her acceptance speech.

"Music is valuable and music should be consumed in albums," said the singer, who recently pulled her music off streaming serivce Spotify. She also spoke about Clark's influence, calling him a "visionary" before thanking fans. "I'm so unbelievably happy that you want to have glimpse into my life," she said.

The evening wrapped with a sultry and hot performance of "Booty" by Jennifer Lopez and Azalea.