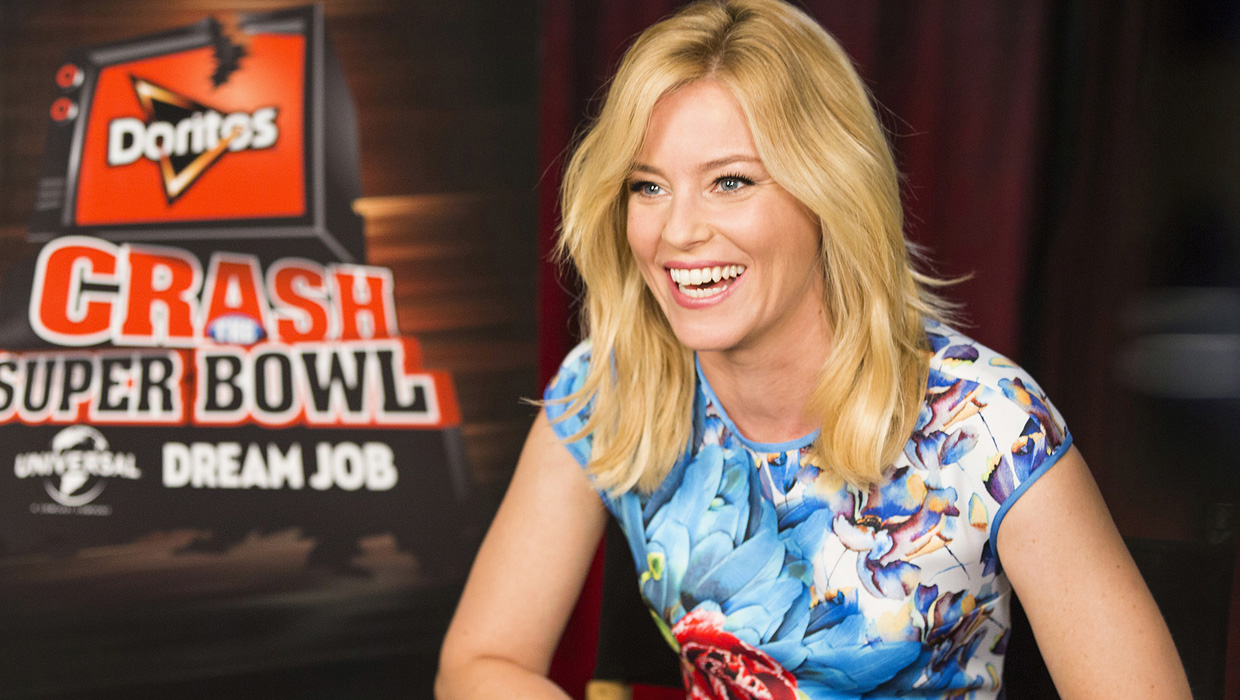 If you're one of the many "Pitch Perfect" lovers hoping the sequel will be as aca-mazing as the first film, Elizabeth Banks has your back.

The actress got behind the camera to direct "Pitch Perfect 2" and has been keeping fans in mind as she's now editing the film ahead of its release next May.

"It's very exciting -- and harrowing, and nerve-wracking," she laughed. "I really want to put out a great movie that fans love."

Directing the follow-up to the 2012 musical hit, Banks told CBS News, was "a really amazing experience."

"I loved working with all the collaborators, from the actors to the screenwriters to the set designer to the [director of photography] -- all across the board I just had amazing partners, and it was that collaborative process that was very gratifying," she said. "And I liked being the boss!"

One of the themes of "Pitch Perfect 2" is the transition from college to adulthood, Banks revealed.

"The first movie was about that transition into college, everybody was an incoming freshman, and now we're telling a story about that transitional time when you have to leave the nest and planning for your life and what your ambitions are, goals for your future, and having to say goodbye to the friends you made and go out into the big, bad world," she explained. Singing, naturally, will be involved as well -- "While making a lot of music with their mouths."

Real-life a cappella groups like Pentatonix and Penn Masala will make cameos alongside stars like Anna Kendrick, Rebel Wilson and new cast members Hailee Steinfeld and Katey Sagal. And if Banks joined in with them in the music-making, she's not telling.

"That," she said, "is a surprise! There may or may not be, who knows? I sing a lot when I'm just sitting around. I'm a sing in the car, sing in the shower kind of person."

Banks called directing "Pitch Perfect 2" a "dream job," and she's partnered with Doritos for its Crash the Super Bowl contest this year to help other aspiring filmmakers score dream jobs of their own. Fans can create and submit a 30-second ad for the brand, and the creator of the winning ad will win $1 million and a year-long job at Universal Pictures in Hollywood.

"Everybody needs to start somewhere in this business, everybody needs a patron at the beginning of their career," she explained. "[This] is going to be that launching pad for somebody, and to be involved with helping that process seemed really exciting to me."

Banks will be on the judging panel narrowing the submissions to 10 finalists. Fans can then vote for their favorites, and two of the ads will air during this year's Super Bowl. The contest opens Friday, and ads can be submitted through Nov. 9.

So how can those hopefuls impress her? "You want to have a really original voice. You want to figure out what's unique about you, what your perspective on the world is, what your point of view is...This is the Super Bowl, so anything goes! Who knows? It could be that something high-energy is great, or something really simple is gonna do it."

Banks was at the Toronto Film Film Festival this week promoting her upcoming film "Love & Mercy" (about Brian Wilson and the Beach Boys) and will be back on the big screen this November reprising her role as Effie Trinket in the first of the two final "Hunger Games" films.

Effie will continue taking care of young heroine Katniss Everdeen (Jennifer Lawrence) as she and the other rebels revolt against the Capitol in "The Hunger Games: Mockingjay - Part 1," but the wildly dressed, indomitably upbeat character will be out of her element in the drab, grey settings of District 13.

"Effie is still as fabulous as she can be, but she's definitely a fish out of water...she's not going to let go of the accoutrements of the Capitol so easily," said Banks, who thinks the odds will be in fans' favor with these final two installments ("Mockingjay - Part 2" comes out in 2015).

"Because we get this opportunity to tell the story of 'Mockingjay' over two films we actually get to really delve into the full story, the full revolution, the battle between the Capitol and the Districts," she said. "The stakes in the movie are much higher and it's a bigger blockbuster action movie this time around. I think people are gonna love it."