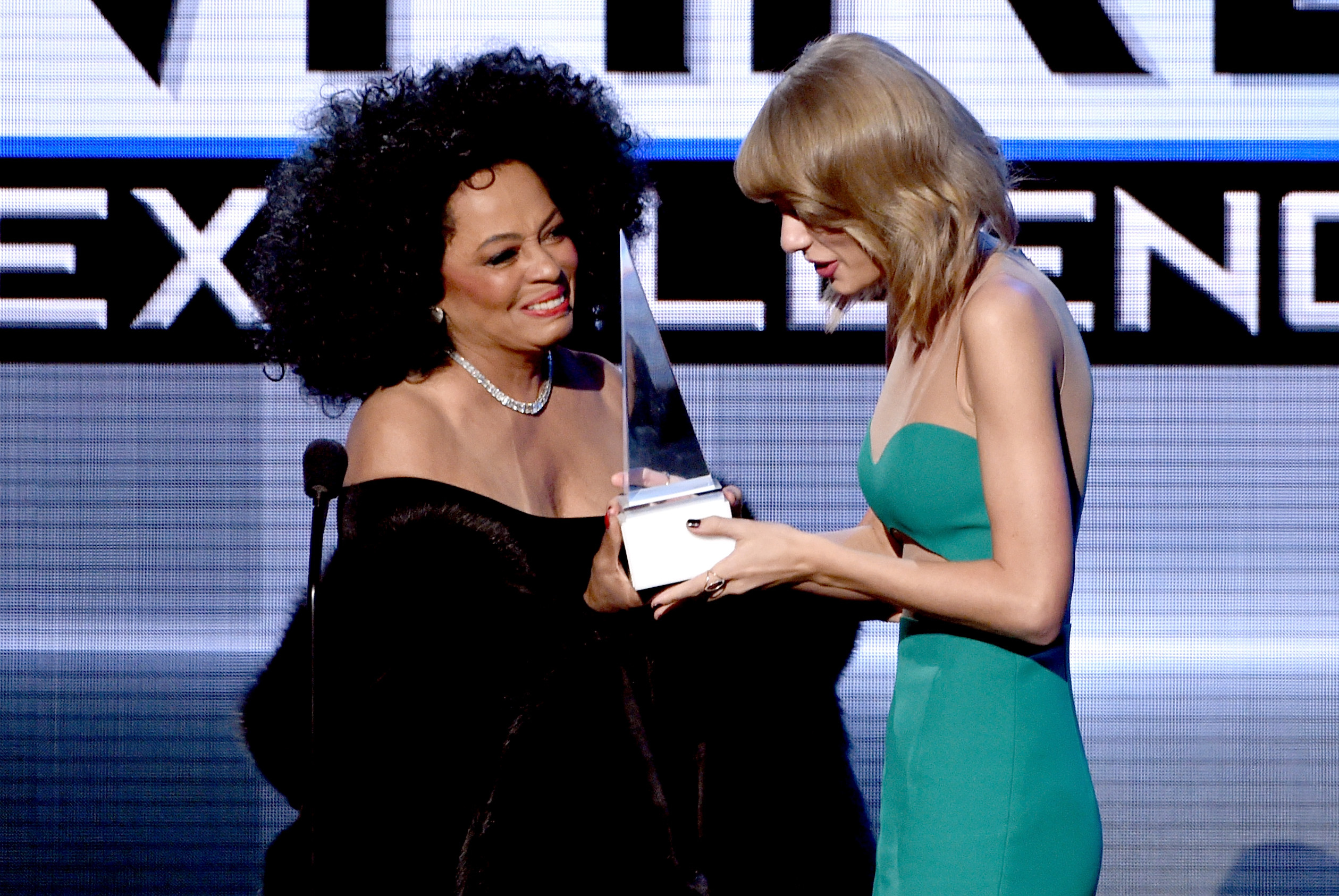 There's no slowing down Taylor Swift.

Hot off the heels of her successful new album, the pop starlet received the first-ever Dick Clark Award for Excellence at the American Music Awards Sunday in Los Angeles.

Diana Ross, 70, was on hand to present Swift, 24, with the honor, noting how Swift "has taken the music industry by storm. We've fallen in love with her. She's really talented and beautiful."

"To the fans who went out and bought over a million copies of my last three albums, what you did by going out and investing in music and albums is you're saying you believe in the same thing I believe in - that music is valuable and that music should be consumed in albums and albums should be consumed as art and appreciated," said Swift, who recently yanked her albums from streaming service Spotify.

Swift also spoke about Ross being a trailblazer and Clark being a "visionary" for the music industry.

Dick Clark's widow, Kari Clark, said in a statement that "the first time Dick saw Taylor perform, he knew she was something special."

Swift received the honor for her skyrocketing sales -- the singer's new album, "1989," became her third album to sell more than 1 million copies in its first week.