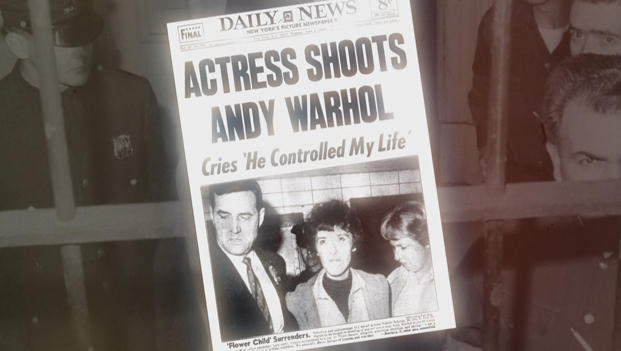 And now a page from our "Sunday Morning" Almanac: June 3rd, 1968, 50 years ago today … the day pop artist Andy Warhol was confronted by a radical feminist named Valerie Solanas.

Just the year before, Solanas had published the "S.C.U.M. Manifesto," which called, among other things, for "thrill-seeking women" to "eliminate the male sex."

An occasional actress in Warhol's films, Solanas accused him of losing a copy of a play she had written.

On that fateful day she cornered the pop artist in his New York studio, which was known as "The Factory." According to police, after a brief conversation, Solanas drew a weapon and shot Warhol, before escaping via the elevator.

Warhol was rushed to a hospital where he almost died. Solanas was arrested in Times Square a few hours later.

The shooting, needless to say, was a tabloid sensation. Solanas was sentenced to three years in prison, and ultimately diagnosed with schizophenia.

As for Andy Warhol, he survived, but was scarred both physically and mentally for the rest of his life.

Valerie Solanas died the next year, at age 52 – her fifteen minutes of fame long since faded into obscurity.