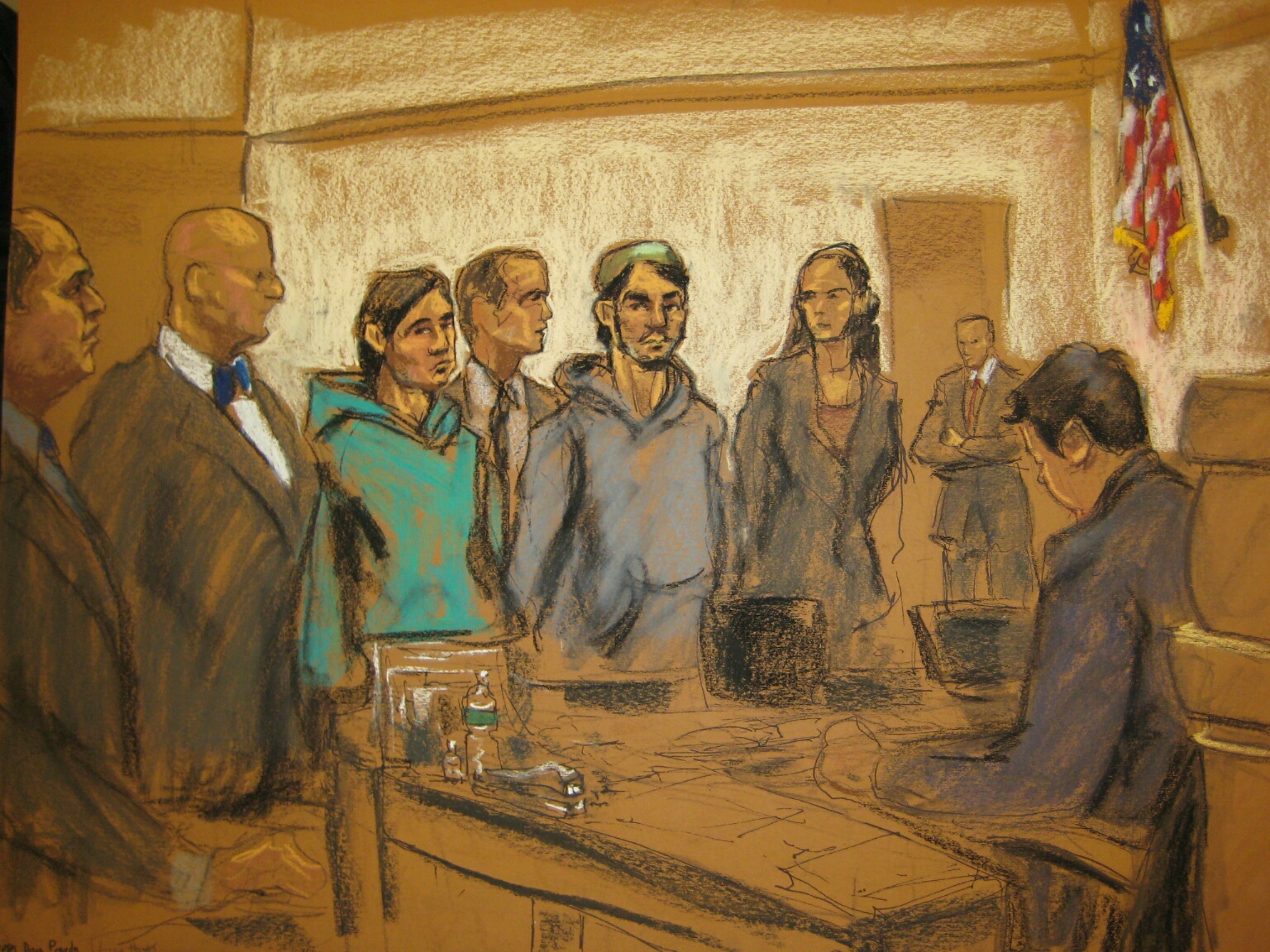 New details have emerged in the case of three New York residents who officials allege devised a plan to travel to Syria to wage jihad on behalf of the Islamic State of Iraq and Syria (ISIS). For more than six months the FBI carefully monitored the three men with the help of a paid informant and several recorded conversations.

Their arrests were a disturbing reminder of the ability of ISIS to recruit and inspire extremists here in the U.S., reports CBS News correspondent Jeff Pegues.

Two of the suspects, 19-year-old Akhror Saidakhmetov and 24-year-old Abdurasul Juraboev, appeared in court Wednesday accused of attempting to join the militant group.

According to court documents, the two wanted to join ISIS in Syria by traveling through Turkey, and if they couldn't get there they would carry out an attack on American soil.

"If they were not able to go that they would seek to acquire weapons here: hand guns, machine guns, and seek to attack, very specifically, police officers," New York city Police Commissioner William Bratton said.

The FBI investigation began last August after one of the suspects posted a threat to President Obama on a militant website.

"Is it possible to commit ourselves as dedicated martyrs anyway while here?" he wrote. "What I am saying is, to shoot Obama and then get shot ourselves... that will strike fear in the hearts of infidels."

Saidakhmetov was arrested at New York's Kennedy airport moments before he could board an overseas flight to Turkey, Juraboev was arrested at home in his Brooklyn apartment and a third man is being held without bail in Florida accused of helping to purchase the other two suspects plane tickets.

"These young men were detained by the FBI they were interrogated without the benefit of council," Saidakhmetov's attorney Adam Perlmutter said.

Intelligence sources now estimate more than 150 Americans traveled to or tried to reach Syria and Iraq to fight alongside ISIS militants.

"Those people exist in every state. I have home grown violent extremist investigations in every single state," FBI director James Comey said.

According to the FBI investigation, the suspects talked about hijacking a plane and even joining the U.S. military to help filter information to ISIS. It is unclear how close any of these plans came to actually being carried out.