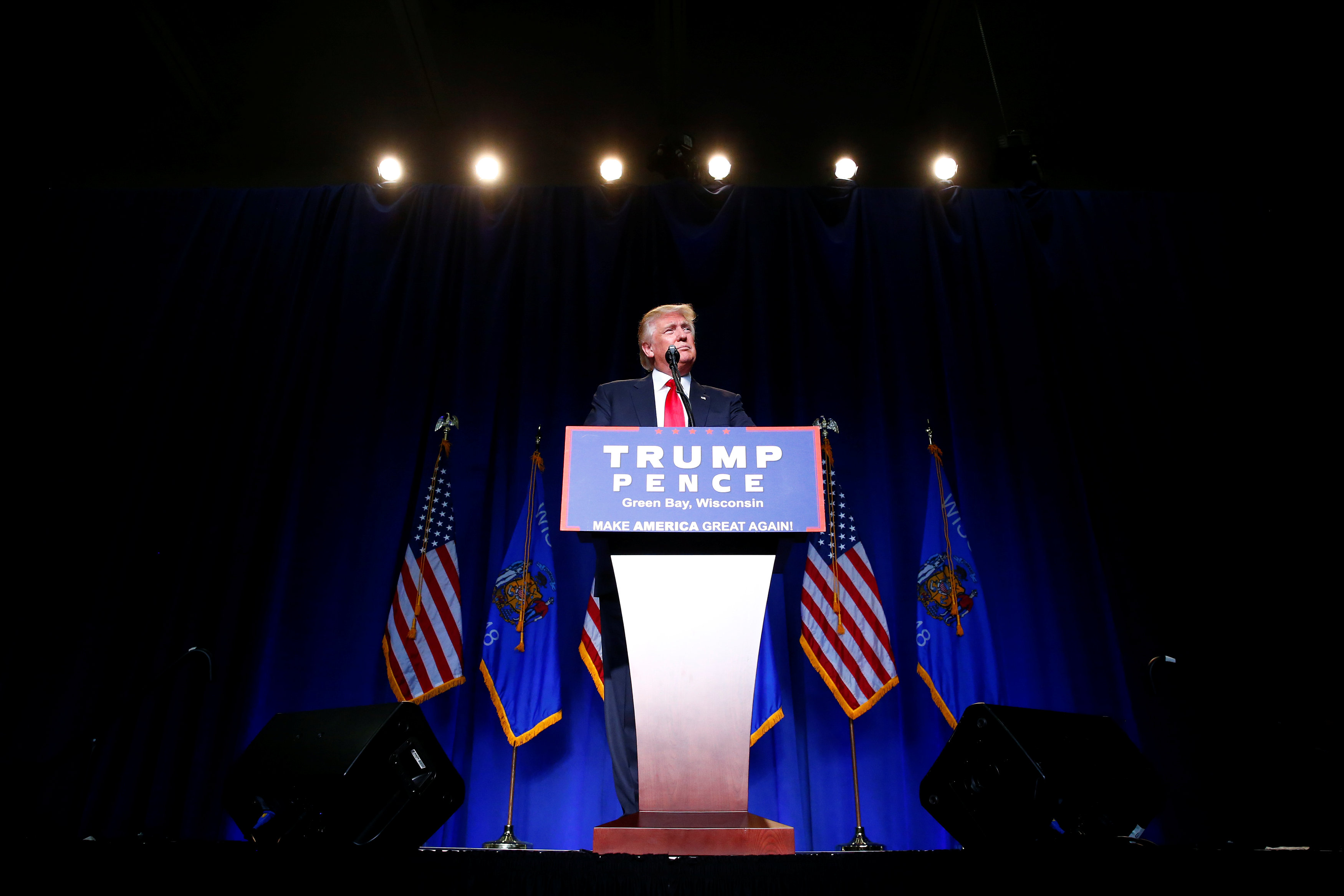 Outspoken civil rights activist Rev.  Al Sharpton accused Donald Trump of pandering to white voters even as the Republican nominee made his pitch to African Americans earlier this week in Wisconsin.

“If he cares about black voters, he certainly has shown a complete disregard and disrespect for addressing them and their issues,” Sharpton told Politico in an interview Wednesday. “I don’t know what’s in his head, but I know where his body has been. And it’s been absent in terms of black concerns and black people and black audiences throughout his campaign.”

Instead, Sharpton said, Trump’s message about increasing policing -- which he delivered with the aid of teleprompter to a West Bend, Wisconsin crowd “with hardly no blacks in the audience” -- was more of an appeal to white Americans to prove that his campaign wasn’t prejudiced.

He went on: “To put more police out there without changing policing and without dealing with the issues is to increase the tension and increase of potential problems, not decrease...So either he has no understanding of the issue or he’s taking an absolute, adversarial position to where the country’s moving, or a combination of both.”

Trump had accused rival Hillary Clinton in his Tuesday address of being a “bigot,” saying the Democratic nominee’s campaign has “taken advantage” of communities of color “and sees them only as votes.”

“That’s all they care about. Not as individual human beings, worthy of a better future,” Trump said. “We reject the bigotry of Hillary Clinton.”

But Trump’s campaign has struggled among black voters, who have flocked to Clinton’s side in droves. In an NBC/Wall Street Journal poll conducted earlier this month, Trump garnered just one percent of African American support.

Sharpton, who has yet to endorse Clinton, attributed that trouble with black communities in part to Trump’s business practices.

“He’s not trying to talk to black voters because he would then have to defend his policies,” he said. “He’d have to defend his business practices. If you are running as a business mogul, what black businesses have you subcontracted? Who have you done business with? Where are the blacks in the Trump Organization? He can’t answer those questions.”