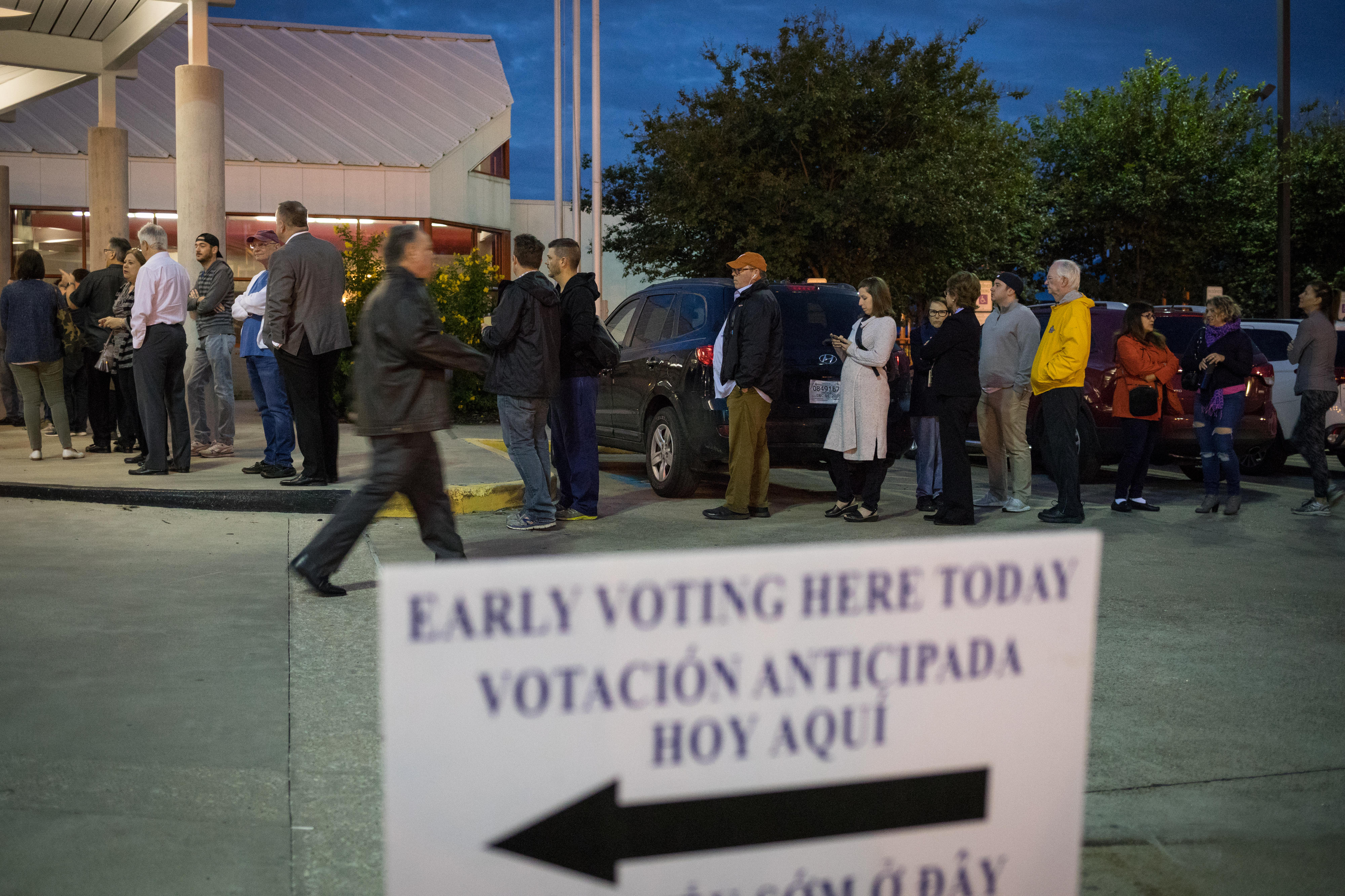 The midterm elections are right around the corner, and the Democrats are fighting to gain control of Congress. But there are a lot of factors at play that will determine if the Democrats can actually gain control. Here are three things you should look for ahead of Election Night 2018.

Democrats need to gain 23 seats to get control of the House, and the race for the House majority will mostly be decided in suburban districts.

Big metropolitan areas typically are solidly Democratic, but some suburban seats are held by Republicans, like in Orange County, California, and the suburbs outside of New York City, Philadelphia, Denver and Minneapolis. A big question for Democrats is whether or not they can flip Republican held seats in these suburban areas.

One suburban race to watch is New Jersey's 7th Congressional District, a mostly white district in the north-central part of the state. This district has been represented by incumbent Rep. Leonard Lance, a Republican, since 2008. Lance is up against Tom Malinowski, a former Assistant Secretary of State during the Obama Administration. Right now, CBS News rates this race as a toss-up.

In Colorado's 6th District, which includes Aurora and Denver suburbs, incumbent GOP Rep. Mike Coffman is up against Jason Crow, who is running on a platform emphasizing the prevention of gun violence. CBS News has this race leaning Democratic.

Turnout among minority voters in midterm elections has typically been low. But in districts with large minority populations, a big question is whether or not minorities will show up to the polls in large enough numbers to turn seats from red to blue.

Democrats thought the race in California's 39th District, a suburban district that went for Hillary Clinton in 2016, would be an easy win. But Korean-American candidate Young Kim, a Republican, has garnered support from the district's large Asian-American population. CBS News rates this race a toss-up.

Additionally, some states have been accused of engaging in voter suppression aimed at preventing minorities from voting. This has particularly been an issue in Georgia, where Secretary of State Brian Kemp, a Republican, is running against Democrat Stacey Abrams, the first black woman in U.S. history to secure a major party nomination for governor. In Georgia, 53,000 voting applications were suspended, and 70 percent of those applications belong to black voters.

Right now, Democrats have an edge on enthusiasm and getting people out to vote, and voters have already been heading to the polls in record numbers.

That is a big deal for Texas, where a close Senate race could determine whether or not Republicans hold the majority. Republican Sen. Ted Cruz is defending his seat from Democratic challenger Beto O'Rourke. CBS News rates this race as leaning Republican, but O'Rourke has especially appealed to young voters, who have turned out to the polls early in record numbers.